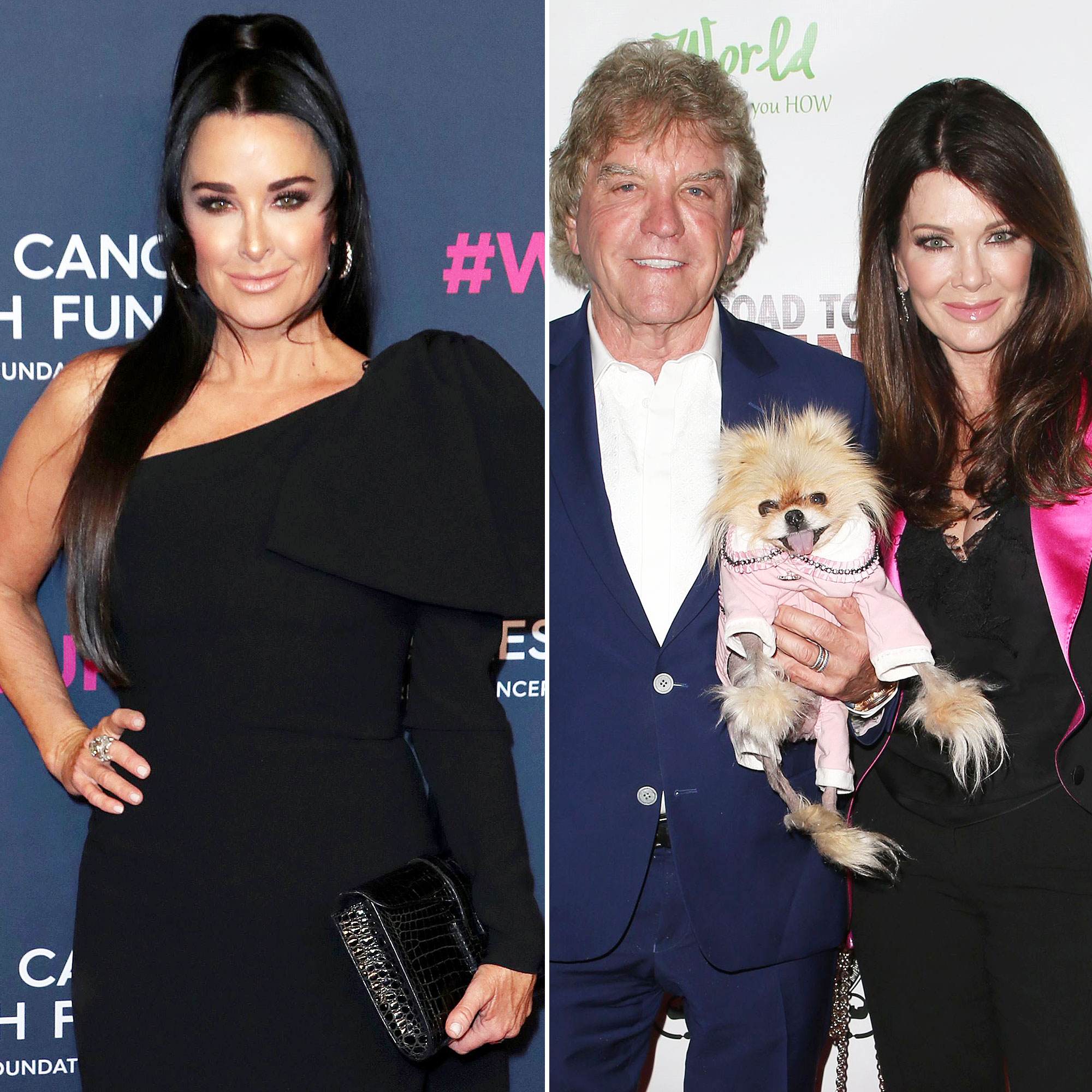 Hello, Kyle! Kyle Richards revealed she embraced Lisa Vanderpump’s husband, Ken Todd, during her most recent run-in with the couple in Beverly Hills.

“I bumped into her again. I’ve seen her twice at Neiman Marcus. It’s just so hilarious. The second time I saw her, she didn’t see me and I sort of hid, to be honest,” the 51-year-old Halloween actress explained on Watch What Happens Live With Andy Cohen on Thursday, April 2. “I was passing her table and they sat us right next to each other. I said to the hostess, ‘Really? Really?’”

While Richards’ last encounter with Vanderpump, 59, and Todd, 74, on season 9 of The Real Housewives of Beverly Hills ended with the SUR owners kicking her out of their house, Richards still went in for the hug.

“I said ‘Hello,’ and to be honest, she was just short,” Richards said. “Ken came up after and I stood up and I gave him a hug. He said, ‘Why are you giving me a hug? I kicked you out of my home.’ I said, ‘I can still give you a hug, Ken,’ because I do care about them.”

Vanderpump told Us in November 2019 that she has no plans to makeup with Richards. “If it’s a friendship, then you know, I wouldn’t experience what I experienced the year before,” she said. “If it was a real friendship.”

The two women had a falling out while filming season 9 after Richards revealed that their costars were questioning if Vanderpump sold a story about Dorit Kemsley’s dog to the press. While the Vanderpump Rules star denied leaking anything to the media, her friendship with the ladies never recovered. Vanderpump quit the show and skipped the reunion in June 2019.

“I made the decision to leave,” the reality star told Us Weekly at the time. “It was a very difficult year for me, personally and professionally. I had wonderful things happen this year, opening up and TomTom and the cocktail garden in Vegas. The Housewives, it’s just, it’s emotionally too difficult to deal with.”