A pregnant Kylie Jenner showed off her growing baby bump in a white mini dress while in New York for fashion week.

On the heels of confirming her second pregnancy, Kylie Jenner showed off her growing baby bump in an Instagram Story. The Kylie Cosmetics founder, 24, rolled her eyes in the brief video shared on Wednesday evening, in which she could be seen in a form-fitting white mini dress and matching floor-length coat in the same color.

The makeup mogul is currently in New York for New York Fashion Week. She was spotted heading out to dinner at Italian restaurant Carbone in the same curve-hugging ensemble, which she paired with sunglasses. It’s unclear if she will attend the upcoming MTV Video Music Awards, set to take place at the Barclays Center on September 12, but her on-again, off-again partner Travis Scott is nominated in the Best Hip-Hop Video and Best Direction category for his song “FRANCHISE” with Young Thug and MIA. 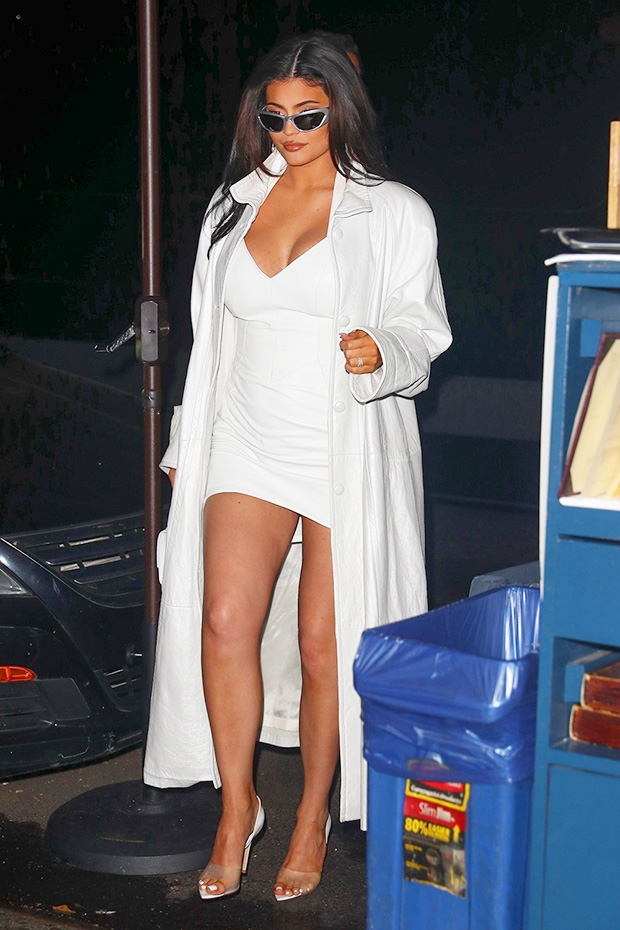 Following weeks of speculation, Kylie confirmed on Tuesday that she and the rapper, 30, are expecting their second child together. The two are already parents to daughter Stormi Webster, 3. The former Keeping Up With the Kardashians star shared a video that chronicled her taking a pregnancy test, receiving an ultrasound alongside Stormi, and breaking the news to mom Kris Jenner. 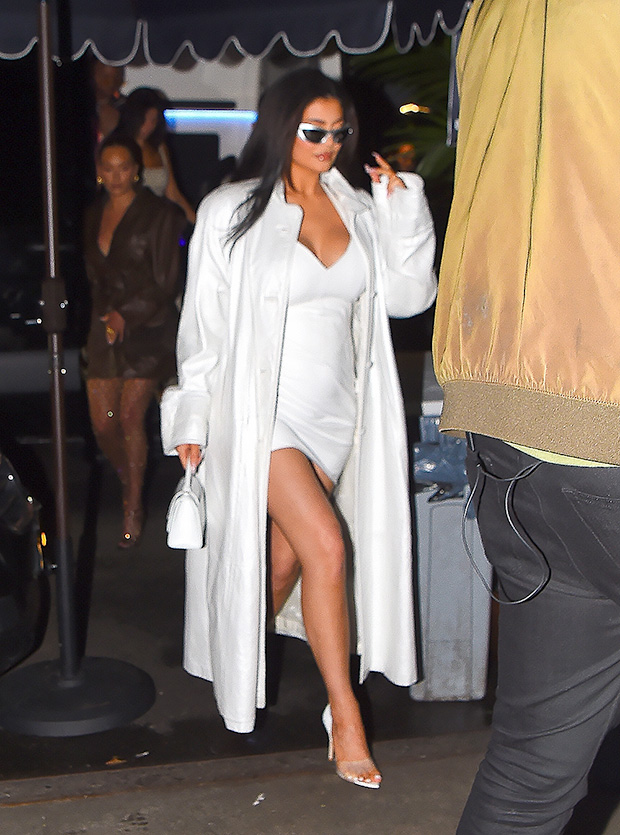 While the baby news points to a possible reconciliation following their 2019 split, a source previously told HollywoodLife that Kylie and Travis “are not officially back together despite them expecting another baby together.” Still, the source said the two have an “intense connection” — and have been discussing a second baby for quite some time now. “This has been something they have talked about for close to a year if not longer,” our source said.