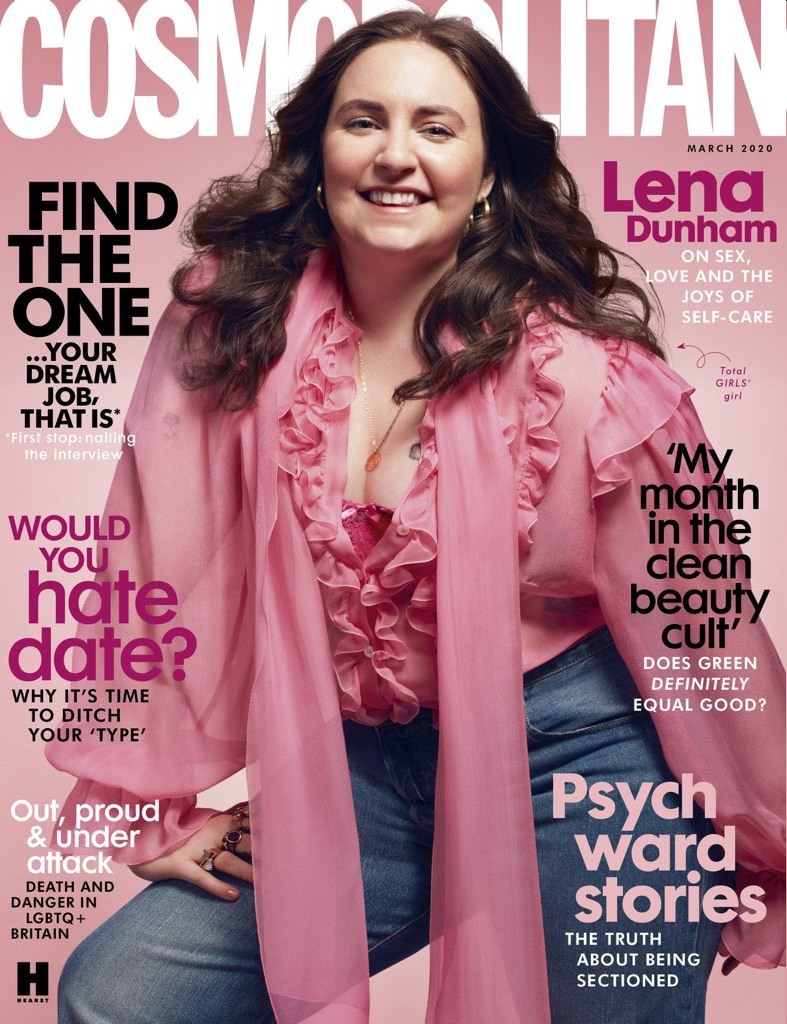 Lena Dunham covers the latest issue of Cosmopolitan UK. Y’all know I’ve been over Lena for years now, but I still feel the need to check in with her whenever she does a magazine interview or when she says or does something crazy-notable. Lena is in a different place these days – she’s sober and off pills. She’s recovered from her hysterectomy. She’s still dealing with significant health issues in the form of fibromyalgia and Ehlers-Danlos syndrome though. But… she’s happy and clear-headed for the first time in years. Does she deserve a second chance? Or will she always be an a–hole? I’ll let you decide – you can read the full piece here. Some highlights:

Her pill addiction: “It got really complicated. I realised I wasn’t just taking medication for physical pain, I was taking medication for the emotional pain too. And then suddenly, especially this stuff, the benzos [benzodiazepines, a common type of anxiety medication], it changes your brain chemistry and suddenly you’re not yourself. You’re not present. You’re not functional. One day, I looked around and I was lying in a bed in my parents’ apartment under two blankets, in the same pyjamas I’d been in for three days, and I was like, ‘This isn’t me.’ It wasn’t that I was suicidal. I felt nothing. I didn’t want to live.”

She’s got so much happening in her career: “Work has always been my medicine,” she says, suddenly serious. She spent 28 days in rehab, but once she was out, she threw herself into project after project – making an appearance in Quentin Tarantino’s Once Upon A Time… In Hollywood, launching a new feminist podcast, The C-Word, and directing and executive-producing HBO and BBC finance drama Industry (for which she relocated to rural Wales). A 10-part high-school series she’s exec-producing, Generation, has been commissioned by HBO Max, and this spring she starts filming her first major movie, with a second in the pipeline.

Learning to prioritize her health: “Now I tell my staff, my manager, the people I work with, ‘I’m not going to take any calls today because I’m not feeling well.’ I’ve learned to really protect myself.” Of that time, Dunham says that “my entire twenties was me jeopardising my health. I remember [during] the first season of Girls I would go out with guys and stay out until four in the morning, and then show up at work at 9am and slay it, but it was like, ‘What if I had a full night’s sleep and I didn’t feel the need to go out to the bar with every Tom, Dick and Harry who asked me because I was afraid I was unlovable?’ That’s one of the reasons medication was so easy and breezy for me, because I thought, ‘Oh, there’s a pill I can take?’

She’s abstaining from relationships too: “Sobriety for me means so much more than just not doing drugs, it also means that I abstain from negative relationships. It means I’ve taken a hiatus from dating, which has been amazing for me. I think it’s been 14 months now that I’ve just been totally single. I may have smooched a guy at a party once, but that’s not illegal. I hang out with my dogs, my cats. It’s created a lot of clarity because I think [for] so many of us, even though the world has become much more sex-positive, as young, ambitious, independent women our relationship to sex is fraught and complicated. On the one hand, we’re taught to demand what we want; on the other hand we’re scared we’ll never find anyone and have to settle.

She hasn’t had sex in a while: “I realised that until I was in a dynamic with someone who made me feel super-safe, I didn’t want to do it. People right now will go, ‘Oh my god, you haven’t had sex in over a year,’ and I’m like, ‘No, actually it’s been the most healing thing.’”

At peace with her appearance: “It’s funny, I’m probably the heaviest now that I’ve ever been in my entire life, and I’ve been through so much physically, but I look more like when I was 22 than at any other point because I can feel the peace inside me. Sometimes I’ll even find – and you’re not allowed to say this as a woman – that I’ll be sitting there staring in the mirror for two minutes because I like the way I look. I look at myself and think, ‘Woah, I just got lost looking into my own eyes.’”

I thought that last part was interesting because my immediate reaction was “literally Narcissus” – she’s talking about getting lost in her own beauty and staring at herself in the mirror. But then I was like… “but maybe she has a point?” She’s right – women aren’t supposed to admit that we look in the mirror and think “hell yeah, I’m hot.” I do that sometimes (rarely) but would I admit it in a magazine interview? No, because women are supposed to be humble, lest we get humbled. I don’t know. As for the rest of it… she talks like someone who has come out of the tunnel of addiction and codependence, which is what she is, so…? 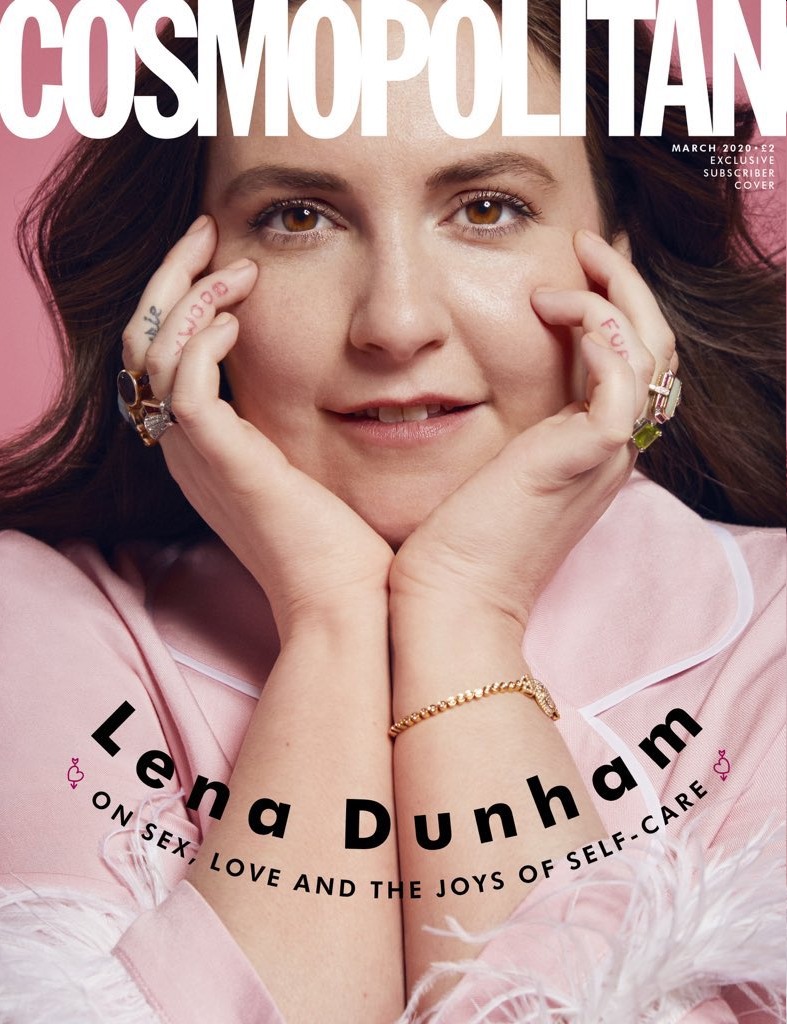