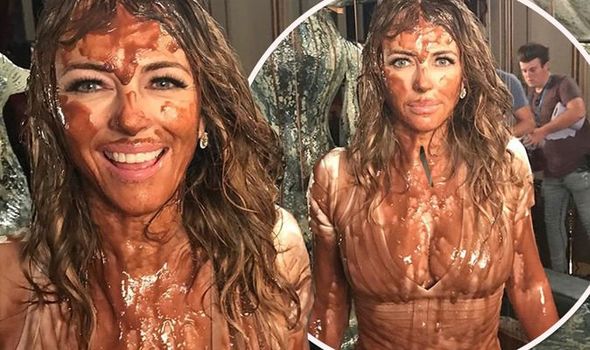 Elizabeth Hurley, 55, turned heads with her latest Instagram post which saw her body covered in chocolate. The actress shared a behind-the-scenes picture with her 1.7 million Instagram followers from her time on American TV show The Royals.

Liz, who played the role of Queen Helena in the E! soap opera for three years until 2018, gave fans a glimpse at the making of the show.

She told fans it was not one her “favourite days” on set but revealed that the “crew enjoyed it”.

In the snap, mum-of-one Liz could be seen covered in what appeared to be melted chocolate.

She was sporting a skin tight bodycon dress while filming the TV scene which saw her fall into a chocolate fountain. 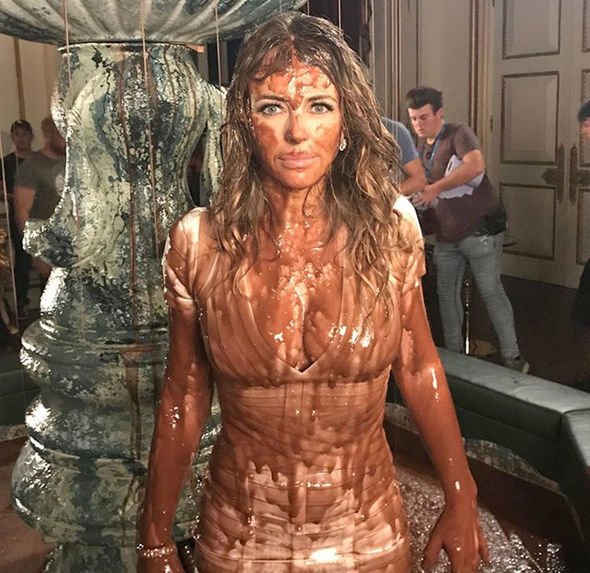 The Royals star captioned the pictures: “Not one of my favourite days whilst shooting The Royals.”

Sharing a bit more information she went on to say: “I was supposed to fall in a chocolate fountain – needless to say it wasn’t chocolate and there were many takes.

“The crew enjoyed it though,” she added. 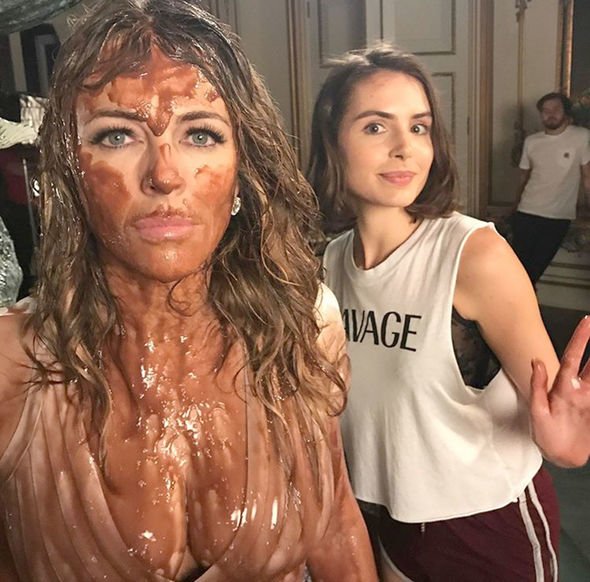 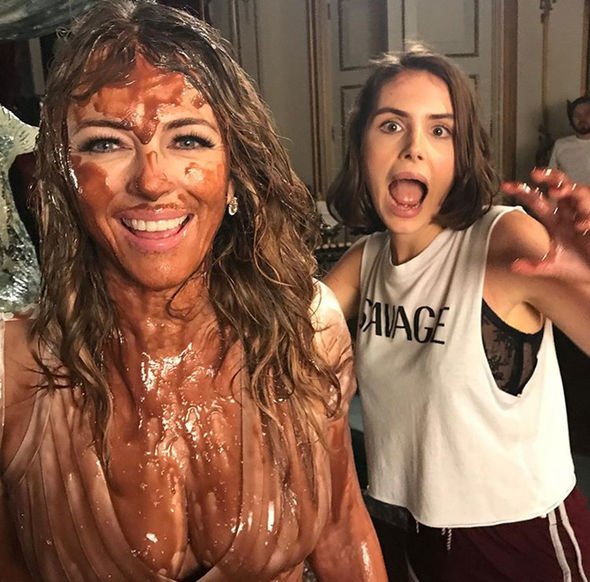 One social media user said: “Elizabeth Hurley covered in chocolate … I must be dreaming.”

Another added: “Still hot covered with fake chocolate though.”

“Only you could make falling in chocolate look that good,” a third fan remarked.

Earlier this week, Liz smouldered in her first glamourous post following the death of her former partner Steve Bing.

The swimsuit model could be seen in a red satin dress which nipped in at the waist to showcase her slim figure and teased a glimpse of her ample cleavage.

Liz captioned the image, in which she also put on a leggy display: “Bars may be open but I’m still staying at home #safer #nice.”

The mum-of-one shares 18-year-old son Damian with the American film producer, who died last month at the age of 55.