I first developed psoriasis at the end of my cabin crew career, when I was 22. I had just quit my work and I was stressed because my mum Consy wasn't well.

I just wanted to come home, I missed her a lot. I was always away from her because of my job and I felt as though I had no control in my life.

Then I started feeling this uncomfortable itchiness in my ears, but mainly my scalp. It was embarrassing, because when you have it on your scalp it looks like dandruff.

You don't want people looking at you funny and it can get really thick and clumpy. The only time it's ever flared was when my mum got ill, when my mum died – I got in on my legs too, it was really bad.

Then it went away before coming back when my baby Consy was in the hospital, it stayed for about four to five months before pulling the disappearing act again.

Now it's returned with all the stress coronavirus and self-isolation has caused. It's actually quite bad right now and these conditions aren't helping either. The point about it that I'd like to make is that my psoriasis has come about at every significant point in my life. It's basically my body's way of saying "woah, woah, woah, slow down, you're stressing now".

It's actually really important, too, because people just think it's something they've got to live with and endure. But it's not, it all stems from the mind – I'm a huge believer in that.

While other people see as it's just part of their lives, I see it as my body giving me a warning sign to practise self-care. 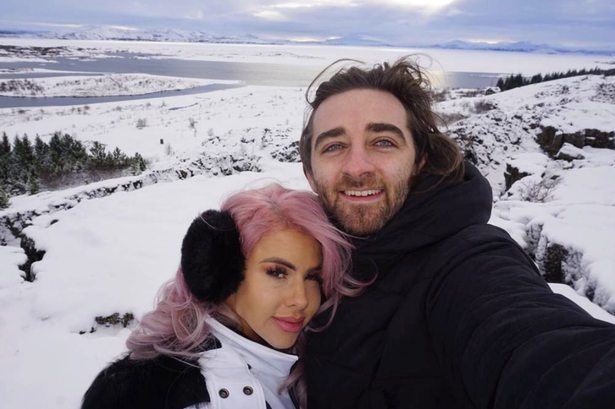 Initially I went to the GP and they gave me steroid cream, but I prefer natural remedies like coconut oil mixed in with some lavender essential oil, which works better for me.

But all you're trying to do is take away the symptom, stop it from itching. I think all these prescribed creams are really harsh on your skin. Your body doesn't need it.

Getting told you've got something that's an autoimmune disorder, that's not reversible, it can be daunting. I just wanted to find out why it had come about and I knew that it was related to my mental health and stress levels.

I realised that there were certain triggers that set it off like smoking, alcohol, a bad diet, not exercising… It all adds up.

In the last few years I've stopped smoking, I've become a pescetarian, so the only meat I eat is fish, and I exercise on a regular basis and don't go too overboard with drinking.

It was hard, because going through trauma and grief, I wanted to smoke and I was drinking a lot when my baby died.

It was only until I started dealing with the grief properly that I changed my lifestyle, which in turn made the psoriasis clear up.