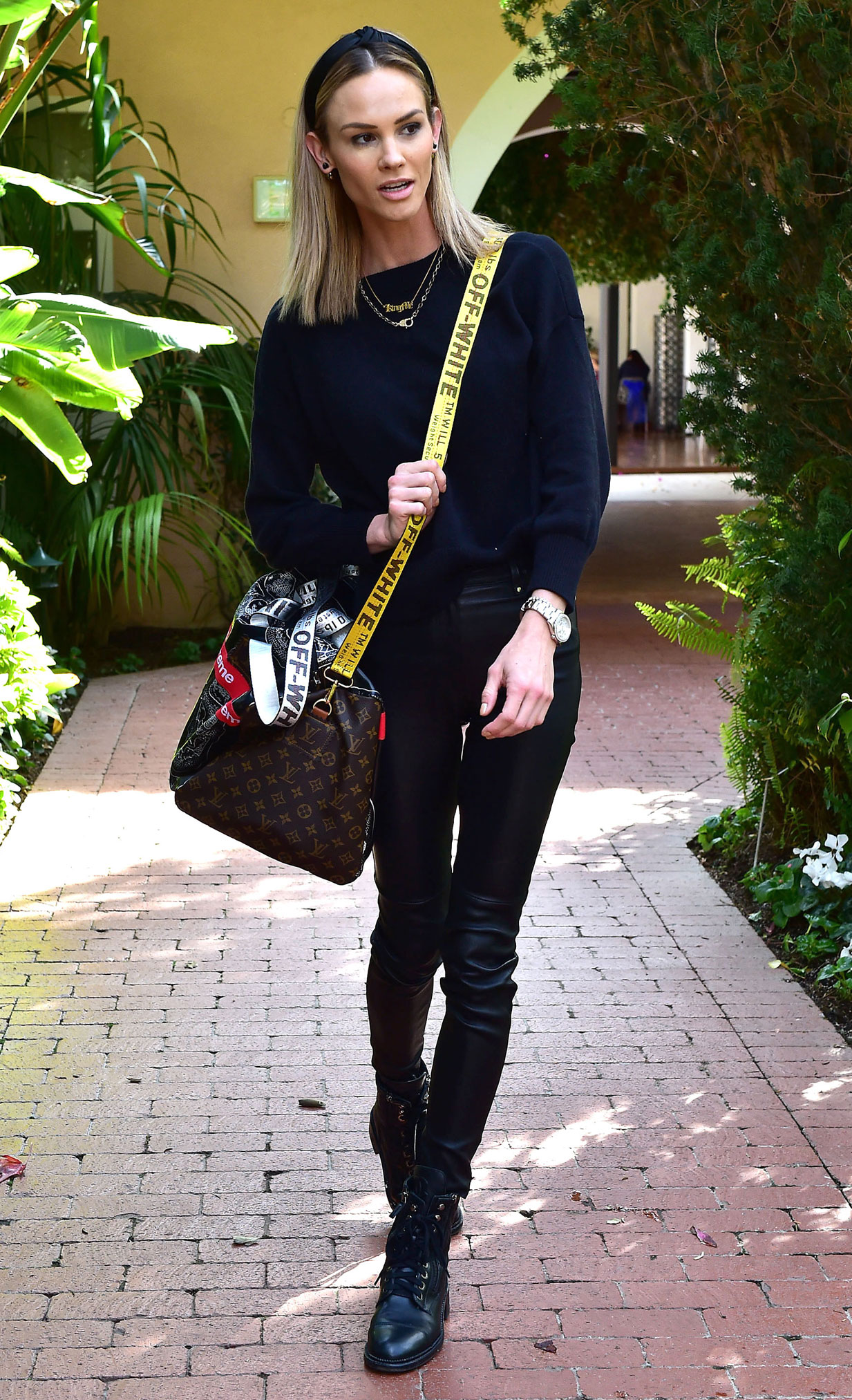 Pushing through the pain. Meghan King Edmonds revealed that her divorce drama with estranged husband Jim Edmonds and other life pressures have made taken their toll on her.

“Trauma affects all of us at some point in time but for others, it all seems to bear down at once,” Meghan, 35, wrote in a blog post titled “Release” published on Monday, March 9.

After posing questions from her fans — including how she’s healed since her cervical spinal disc herniation, how she’s recovered from the alleged infidelity news and how it’s possible to be going through a divorce and not be angry — the former reality TV star admitted it’s been hard.

“I have learned to cope with what I call ‘Emotional Releases,’” she explained, describing her process of writing about her pain and including positive affirmations. “Let me tell you something, some days I’m barely hanging on by a thread. Some moments I can’t breathe. Sometimes I get in bed and the bed is vibrating, but it’s not: I’m just shaking.” 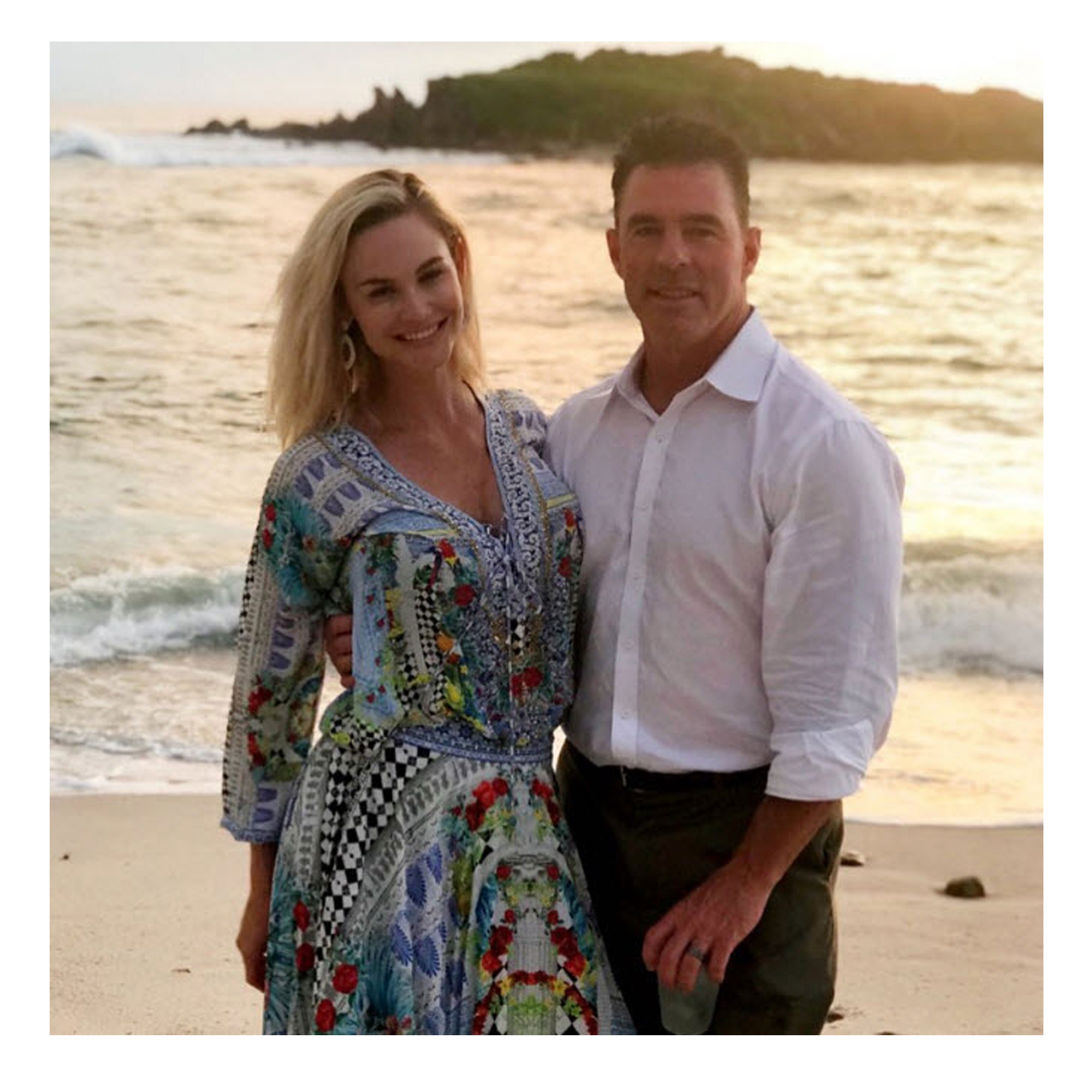 The former Real Housewives of Orange County star, who split from Jim in October 2019 after five years of marriage, revealed that she doesn’t like having moments of “loss, panic and utter despair.”

“All intense feelings are time-consuming: we relish in the good ones, like falling in love or earning a promotion, but we hide from the ones that hurt,” the Missouri native wrote. “And I don’t mean ‘hurt’ like the anger you feel when you get a parking ticket or the sadness you feel from your favorite dress being too tight. I mean mind-numbing despair.”

When faced with this sort of trauma, Meghan revealed she understands the need to flee.

“Flee until your neck hurts so bad you need two epidural steroid injections and daily muscle relaxers and nerve-blockers just to be able to function before your scheduled surgery. Flee until your gut health is so off track you become scared to eat anything that’s not completely bland. And then stop,” the mother of three told her readers.

She continued: “It’s time to stop doing the fleeing you don’t even know you’re doing. Your brain has emotional pain, yet you are allowing it to sit there and fester in the hidden caverns of your mind. It has nowhere to go despite its need to be released: your pain releases in physical ways so we learn to PAY ATTENTION.”

Meghan opened up about her neck pain that led to having a herniated disc. Once she heard the diagnosis, two weeks later she went “cold turkey” with her prescriptions and decided not to have the recommended surgery. Instead, she said, “I paid attention to my brain because it’s smarter than me.”

She noted that after reading The Mindbody Prescription, amid a “rocky” marriage, raising three children, and knowing in her “gut” that one of her kids had a disability, she switched her life.

“I have never felt more in control of my health EVER. Mark my words: I will live to be at least 100 years old and will be a healthy, vibrant old woman until the day I die,” the TV personality said, pointing to her Emotional Releases as her cure-all.

She explained that after 11 months of using Emotional Releases, her traumas, including the ups and downs with Jim, with whom she shares daughter Aspen, 3, and twin sons Hart and Hayes, 21 months, have been pushed out of her mind and gratitude has taken its place.

“Gratitude for the trauma I’ve experienced because it helps me grow, learn, and empathize to help others,” Meghan continued. “Gratitude for all the little things (that aren’t little): my kids, Hart’s incredible progress, my health, and the best friends and family in the entire world.”

Despite having a rough time through her marital issues — the former baseball player has denied Meghan’s claims that he cheated on her with one of their four nannies — and having “many days I cannot possibly bear the thought of knowing I will have to be separated from my children due to divorce,” the RHOC alum has learned to push that “burden” onto God.

“I made up my mind that I refuse to carry anger. Therefore I am not angry (although I do have many moments of anger). And I refuse to allow my ego to make decisions. (But I still have an ego, I am human after all),” she wrote.

Meghan concluded: “Love and Light to everyone reading this with tears of solidarity, empathy, or pain. I have your back. You got this.”

The former Bravo star confessed to Us Weekly exclusively in January that she and Jim could improve their coparenting skills, following their November 50/50 custody agreement.

“I wish it was better,” she said at the time.