Meghan Markle has been on hiatus from official appearances since she and Prince Harry announced their decision to step down as senior royals. But the two just made their first official joint appearance in months at the Endeavour Fund Awards on Thursday, March 5. Maybe it’s because she’s no longer a royal, but Markle’s dress at the awards was so different for her. It was a bright, cerulean blue, cap sleeve dress designed by Victoria Beckham that shone through the rainy British weather.

Lately, Markle’s only been spotted out a few times in Canada, but the former Duchess is back in England for the first time since the couple stepped away from their royal duties. And Markle made quite an entrance in the effervescent fitted dress. Its vibrant color is a major departure from her very tonal, Duchess style. Before “Megxit,” Markle wore a lot of beige, deep greens, whites, and blacks. Effortlessly chic as her choices were, this almost neon blue dress is a decided divergence from her royal looks. She also wore a dark berry lip color; a sleek, low ponytail; and a smoky eye. And of course, to complement the look, Harry wore a navy blue suit and protected Markle from the rain with an umbrella.

The couple is back in the UK completing their final round of royal duties before they begin their full transition into normies on April 1. The first duty of which is to attend the Endeavour Fund Awards, an event that honors wounded military veterans who have used athletics to aid in their recovery. Markle and Harry have gone to this event before they were married in 2018, during which Markle wore a business-formal look, and again in 2019 while she was pregnant with Archie. 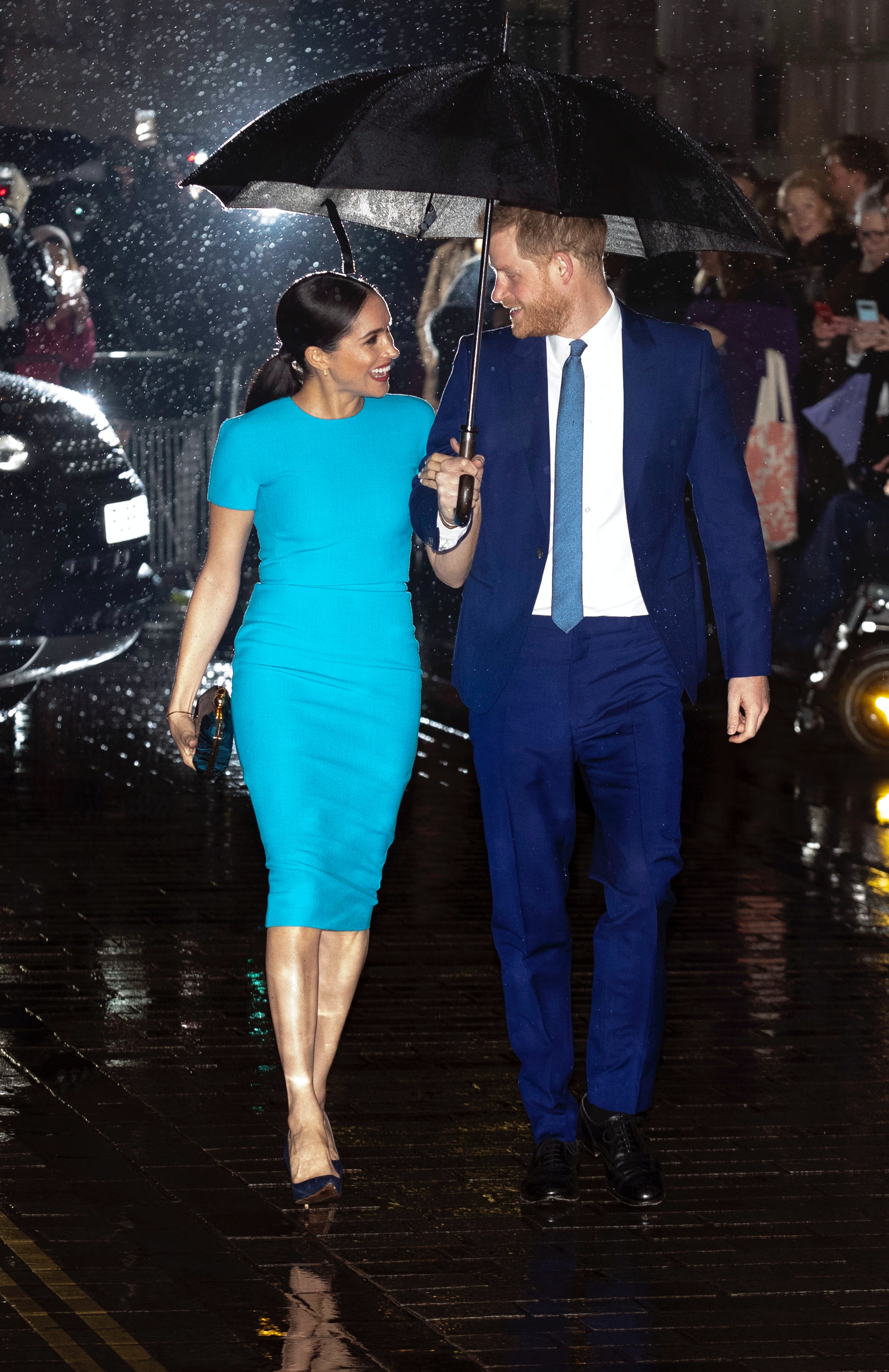 This is only the first of a few public events Markle and Harry will attend, and Harper’s Bazaar reports that Markle will also have a series of low-profile meetings during her stay. However, it’s unclear if Markle will continue to dress so vibrantly or if this was a special occasion. A possible hint is that, earlier on Thursday, March 5, Markle was spotted sporting a camel coat, a mini leather handbag, and strappy stilettos, which is more aligned with the Markle style fans have come to expect. Whether or not fans will see a new side of Markle, one thing is for sure: The non-royal life looks good on her.