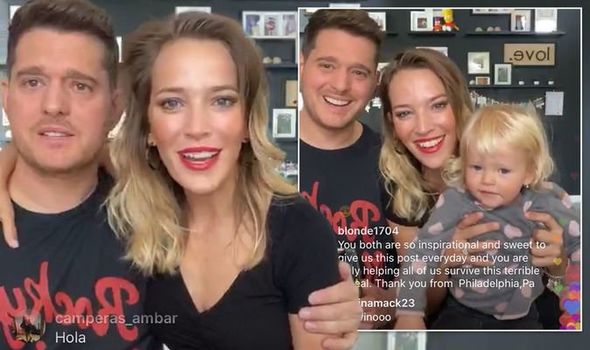 Michael Buble and his wife Luisana Lopilato gave fans their first proper glimpse of their youngest daughter on Instagram yesterday.

The 44-year-old singer introduced Vida, who turns two in July, to the public during a live broadcast on his spouse’s account.

The youngster has rarely been seen on social media before.

Michael and 32-year-old Luisana were recording an online workout routine when their youngest child gatecrashed the video.

The Argentine actress and model was streaming to her 4.8 million followers around the world when the tot arrived to see her parents.

Looking off camera and speaking to his daughter in Spanish, Michael said: “Mi amor, veni a papi,” meaning: “My love, come to Daddy.” 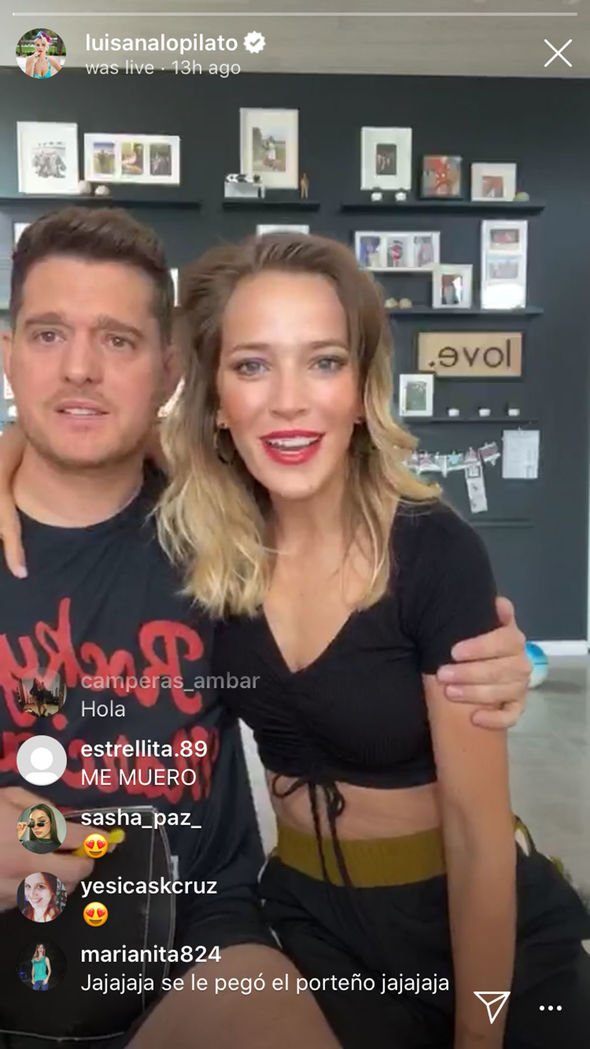 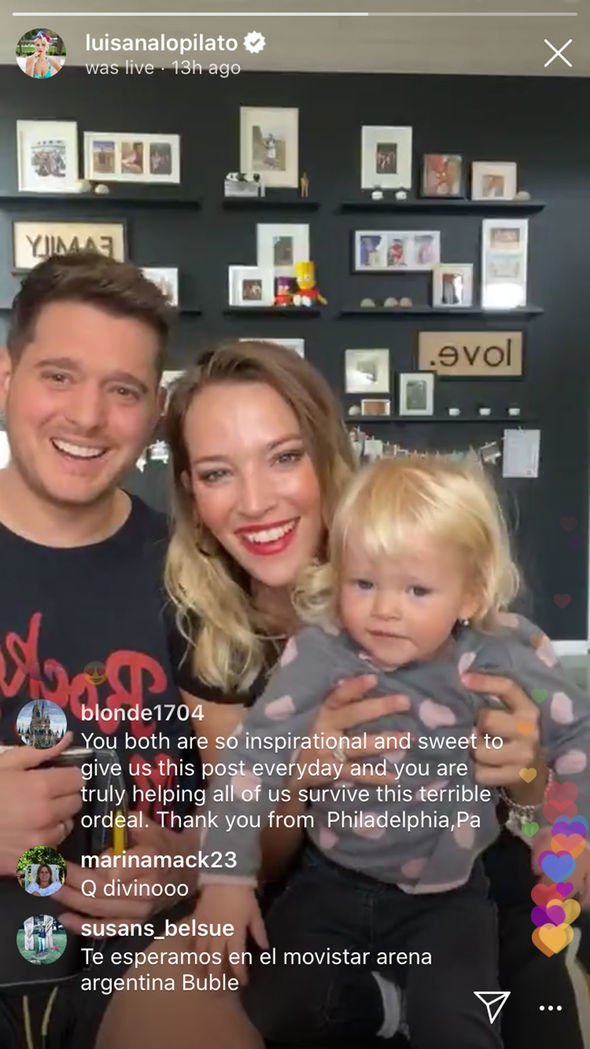 The adorable toddler could then be seen on camera sitting on her mother’s lap.

She then sang the pop song Señorita with her father.

The father and daughter duo were later seen standing up to duet on another track.

At the start of the month, Michael posted a picture of Vida on his own Instagram account, in view of his 2.5 million followers, but the image only showed her arm.

As well as the 21-month-old tot, Michael and his wife-of-nine-years are also parents to Noah, six and Elias, four. 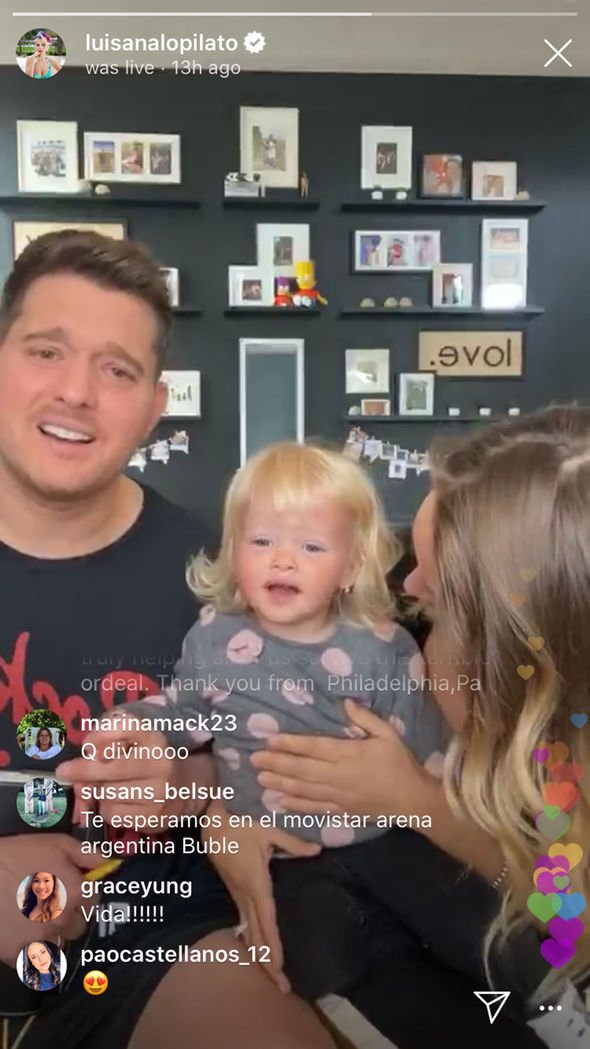 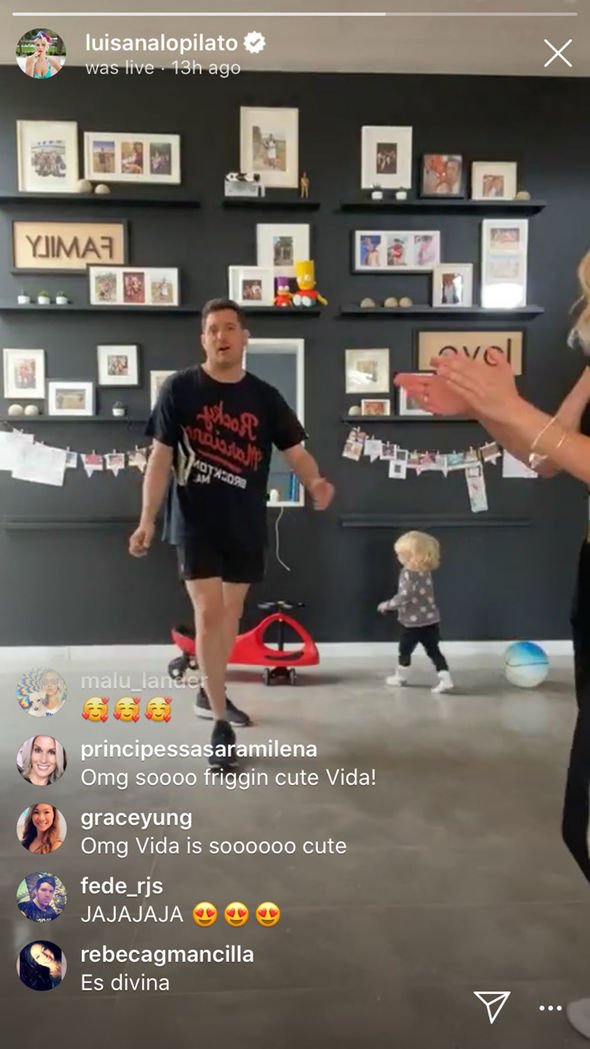 At the weekend, the singer joined a host of famous faces to take part in the Global Citizen One World: Together at Home concert.

The crooner performed a cover version of Beach Boys’ 1966 hit God Only knows from his home for benefit.