By George he’s got it! PATRICK MARMION reviews The Madness Of George III

The Madness Of George III (NT At Home, Youtube)

Verdict: Gatiss is king of all he surveys

The highlight of my lockdown so far has been discovering Mark Gatiss to be one of our finest leading actors.

Last week I felt he almost stole the show from Tom Hiddleston in Coriolanus.

And this week here he is again, starring in Alan Bennett’s most famous play, The Madness Of George III.

I missed the production when it ran at Nottingham Playhouse in 2018. How I rue that day now! 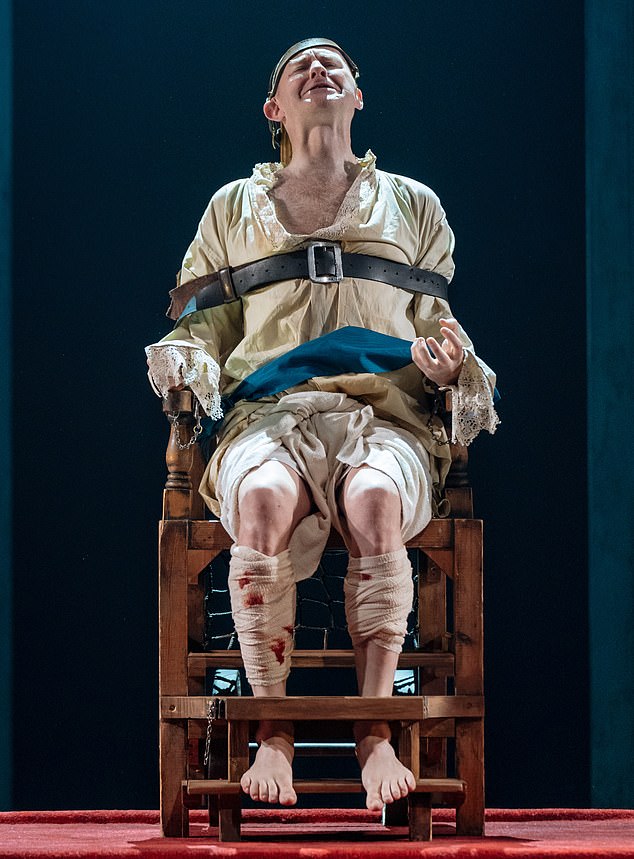 Mark Gatiss is nothing less than spellbinding in Alan Bennett’s most famous play, The Madness Of George III

Gatiss is nothing less than spellbinding, and he has that priceless quality of seeming like a long lost friend.

With a rubbery face that can make light of the trickiest situations, he was always a shoo-in for comedy.

But in the title role of George III, he reveals himself to be an actor of astonishing range and personality.

Bennett’s play tells how the 18th-century monarch suffered a mental breakdown in 1788, and as the king, Gatiss is by turns saucy, childlike, jaunty, irascible and urbane. 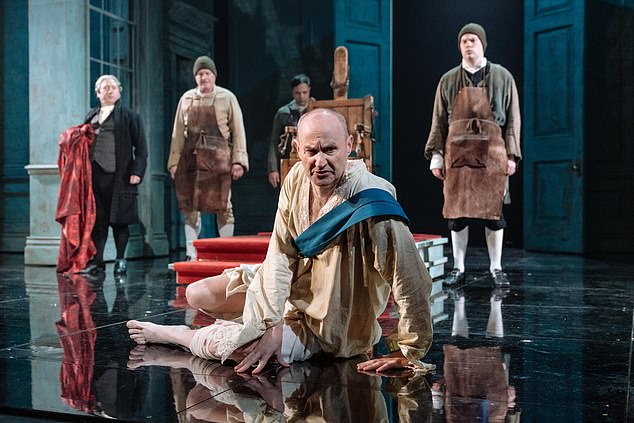 Bennett reveals himself to be an actor of astonishing range and personality, having gained acclaim for comedy roles in the past

He equals Nigel Hawthorne’s distress and naughtiness in the original production (at the National Theatre back in 1991), displaying a litany of tics and terrors while in the throes of the illness that puts his reign in peril.

Despite variable sound quality, Adam Penford’s production comes over as a total barnstormer.

Debra Gillett is all cuddly warmth as George’s German wife ‘Mrs King’, and Nicholas Bishop is a model of repressed panic as William Pitt, whose future as PM hinges on George’s recovery.

More from Patrick Marmion for the Daily Mail…

But the best of the rest is Adrian Scarborough as Dr Willis, the grim-visaged Lincolnshire asylum keeper who insists George must be broken like a horse before he can get better.

The glorious, courtly baroque of Handel’s music links the whirl of short scenes. But all that follows in Gatiss’s wake.

I dearly hope he plays Shakespeare’s Richard III before too long. It’s a role that’s almost written for his energy, menace and mischief.

Polly Findlay clearly wants her Macbeth, starring Christopher Eccleston and Niamh Cusack (from the RSC in 2018), to be like a creepy horror film — but, alas, Shakespeare keeps getting in her way.

Spooky girls of about ten years old, sporting pink pyjama hoodies, play the witches. And that weirdo at the back of the stage in a janitor’s coat turns out to be the Porter.

Eccleston doesn’t seem all that prone to self-doubt as the titular Scottish warlord and is like a Chieftain tank rolling over the verse, blasting the audience with iambic pentameter. 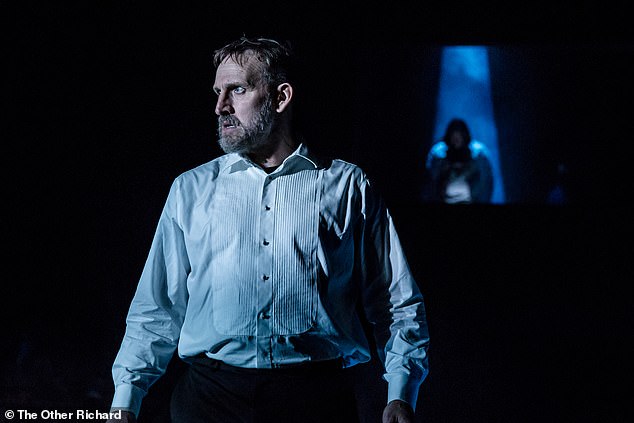 Christopher Eccleston stars as the titular character in Polly Findlay’s Macbeth alongside Niamh Cusack, from the Royal Shakespeare Company in 2018

Cusack, meanwhile, is a swivel-eyed Lady M, wearing a series of sleek dresses — one of which, as my daughter pointed out, makes her look like Elsa from Frozen.

And she really does ‘let it go’ for her ‘out damned spot’ routine. Impressive knocking at the castle gates sounds more like field guns firing volleys from Hell, and the music is proper spooky-movie quality.

But Findlay tries too hard, with a digital clock counting down Macbeth’s remaining time and his eventual slayer Macduff (Edward Bennett) fleeing to England wearing a baby papoose. Sometimes it’s best to let the Bard do the talking. 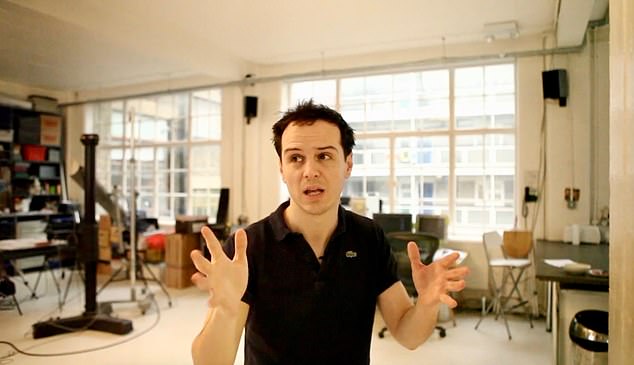 Andrew Scott performs the one-man show Sea Wall in an echoey rehearsal room, having performed the piece a couple of times in the West End previously

Admirers of Andrew Scott can see him for $5 (or the UK equivalent) in a 30-minute monologue relating a distressing accident on holiday.

Filmed in an echoey rehearsal room, Simon Stephens’ yarn is studiedly banal, in order to blindside us with the revelation of the grim incident.

This is Scott at his most mannered and, although often out of focus, he still has a way of holding you with his big, damp, puppy-dog eyes.