Peter Kay, 46, will be making a comeback to television later this month in a new series of Comedy Shuffle on BBC One. This will be the fourth series of his show which celebrates his career in the entertainment industry.

Following on from the news that Peter Kay’s comeback tour, Dance for Life, will be postponed, the actor announced that he will be returning with a new series of Comedy Shuffle on Twitter.

Soon after the star lifted the spirits of his loyal fans, one wrote: “THANK U!!!! this is exactly what I need!,”(sic) while another added: “Brilliant! We all need some laughter right now.”

One of Peter’s followers also said that people “could do with a laugh” as they commented: “Thank god for that.” 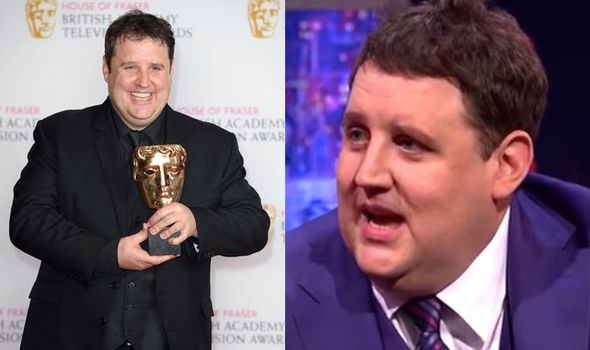 This came after The Bolton News announced some details about his comeback to BBC One.

They wrote: “Peter Kay’s comedy shuffle is returning to our screens later this month.”

“This programme showcases clips from Peter’s finest works over the last 20 years,” they continued.

The publication then revealed the date we can expect Peter’s comeback, as they said: “This will be the fourth series of the show and is returning to BBC One on Friday March 27 at 9:30pm.”

The comedian announced that he would be postponing his Dance For Life tour due to the coronavirus continuing to rapidly spread across the globe.

He wrote to his followers on Twitter earlier this week: “Due to the ongoing coronavirus outbreak and following Government advice, it is with deep regret that the forthcoming Peter Kay’s Dance For Life shows are being postponed.

Peter confirmed that the dates would be rescheduled for a later time as he said: “We are looking to schedule the shows so please hold onto your tickets as they will be valid for the new dates.

“We apologise for any inconvenience this may cause but the safety of the public is paramount,” he continued.

The Car Share star then went on to tell his fans to “stay safe and “we’ll get through this”.

He added: “Obviously this is disappointing news but well and truly justified given the circumstances.

“We’ll get through this, together and then we’ll all have a great big dance for life. Stay safe and look after yourselves and the people around you.”

Following on from Peter’s announcement on Twitter, one of his loyal followers wrote: “Sad times,” while another told the Phoenix Nights actor: “Sitting down to watch Phoenix nights 1 and 2. That will cheer me up.”

“Can’t Peter do a video to cheer us all up, we love him so much he is a British legend would love to see his cheeky happy lovely face to cheer the nation up xx,” another wrote to the comedy writer.

Early on in Peter’s career, the actor even made an appearance in ITV’s Coronation Street as a shop-lifter in 1997.