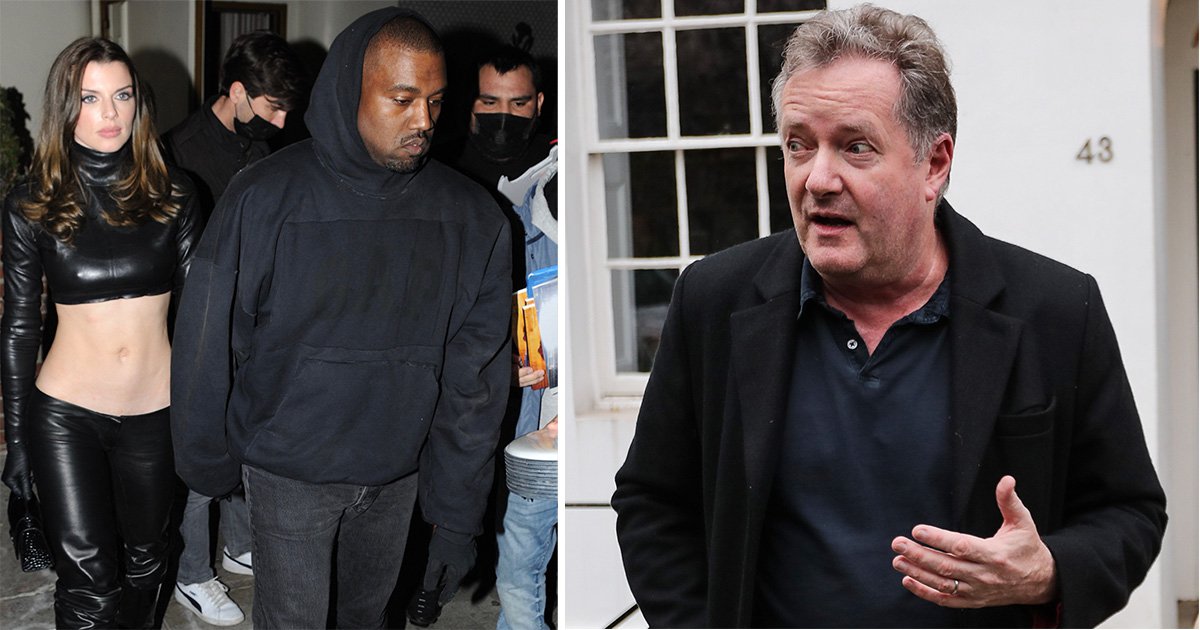 Piers Morgan is not here for Kanye West and Julia Fox’s PDA.

The broadcaster, 56, took to Twitter (because where else?) to share his disgust at a recent pic of the couple kissing.

Piers shared the snap of the most talked about couple of the moment, which showed them, quite literally, with their tongues down one another’s throats.

In true Piers style and refusing to hold back, he wrote: ‘These two are so cringe,’ followed by a vomiting emoji.

One follower appeared to be on the same page as the TV presenter, replying: ‘I literally just threw up a little in my mouth.’

Although, another Twitter user couldn’t understand what all the fuss was about, replying: ‘I don’t see a problem. Just two people kissing. Is this now a crime or something?’

The pic went viral recently, with Julia, 31, and Kanye, 44, making no secret of their affection for one another.

The stars wrapped their arms (and their lips) around one another at Paris Fashion Week in their latest act of steamy PDA.

Julia attended the swanky even wearing a red latex dress, while the Gold Digger hitmaker wore a hoodie and leather trousers.

The lovebirds’ romance has been heating up over recent weeks after they met on New Year’s Eve and began enjoying each other’s company.

They’ve been spotted on a number of fancy dates and made their relationship official amid Kanye’s divorce from Kim Kardashian.

Uncut Gems actress Julia has even given her and her beau a couple name, because are you even dating if you don’t have one in 2022?

Taking to Instagram, Julia took things up a notch as she shared a snap as she posed alongside the dad-of-four in France on her story.

She simply captioned the photo ‘Juliye,’ as the days of Kimye are long gone.

Julia and Kanye have made headlines on several occasions as their romance has blossomed, however, during a recent appearance on the Forbidden Fruits podcast, the actress hit back at speculation that she was dating the Grammy award winner for ‘clout.’

‘It’s funny cause I’m getting all of this attention, but I really couldn’t care,’ she told the host, appearing to shed light on their relationship.

Julia insisted that creating art and ‘putting things into the world’ was all she wanted to focus on, adding: ‘Watch my movie, read my book.

‘That is more thrilling to me now than eyes on me. I couldn’t care less.’