Piers Morgan, 54, was a no-show at Sport Relief his evening, but has been tweeting about the live episode. Earlier on in the show, Alastair Campbell, 62, jokingly took a swipe at Piers as he kicked balls at the absent host’s cardboard cutout.

The journalist shared a video of himself urging others to jump all over Piers’ cutout which was placed on the floor.

“Trample all over [it], well done,” he could be heard saying in the clip uploaded to Twitter.

In view of his seven million followers, the Good Morning Britain host replied: “This is damaging my mental health #BeKind.”

Alastair later shared a picture of himself and Rita Ora taking calls behind-the-scenes in the studio in front of the presenter’s cutout. 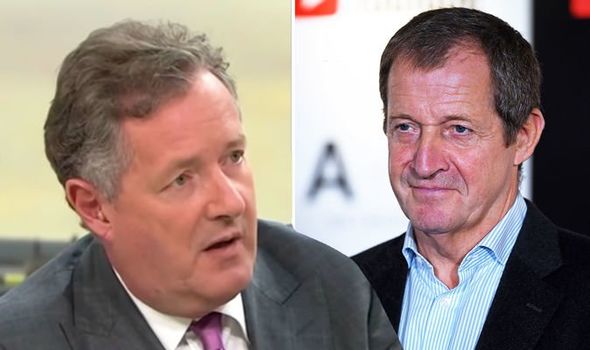 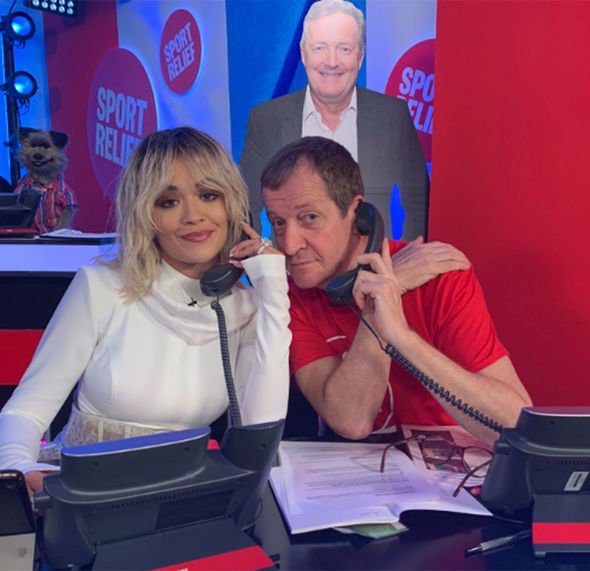 He tweeted: “Oh @piersmorgan if only you hadn’t bottled out you could have shared the phones with @RitaOra @sportrelief up and running.”

Hitting back, the Good Morning Britain host replied: “Poor Rita looks like she’d rather be with the cardboard cutout.”

He later shared a picture of the singer pulling a funny face as she stood in front of the cardboard version of Piers.

“Rita looks very over-excited by my Ora @RitaOra,” he wrote. 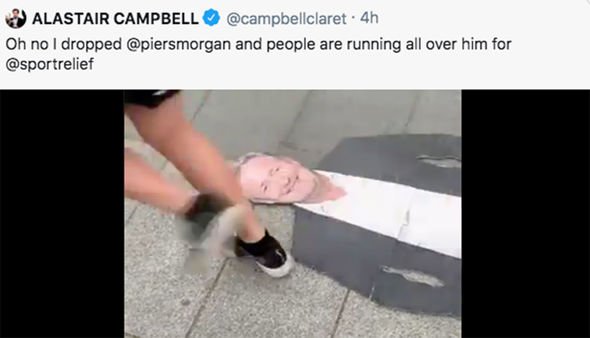 Earlier today, the father-of-four shared a snap of Alastair and Sophie Raworth standing alongside his cardboard version.

Many vented their frustration about host Gary Lineker asking the public to donate to Sport Relief, despite him earning £1.7 million a year.

One Twitter user wrote: “@BBCNews Mr misery Gary lineker fronting the sports relief. What a turn off. He’s asking us for money when he’s BBC’s highest paid. Bl**dy cheek. Scrap the fee for all. Turned off!”

Another commented: #SportRelief2020 Should be cancelled.

“People have enough to worry about, without the BBC begging for money to give away to people that we don’t know. #SportRelief.”

“Why doesn’t he donate some of his fortune? Instead I’ll give £20 to @CrohnsColitisUK, my charity of choice. I can’t abide hypocrisy.”

Another viewer shared: “The #BBC out with the begging bowl again asking us to donate money to #SportRelief2020 which is presented by £1.75m per year Gary Lineker.”

So far on tonight’s show, over £16 million has been raised through public donations.

Sport Relief will be available on BBC iPlayer once the show has aired.