Piers Morgan took to Twitter to share his support for the head of state, King Charles III, who seemed to once again show his annoyance at a fountain pen. The video of the head of state came shortly after he was also seen getting frustrated at pots of ink and spare pens, urging someone to take the unnecessary items away whilst signing the proclamation at the weekend.

In a new viral clip, King Charles and Queen Consort Camilla are filmed at the signing ceremony at Northern Ireland’s Hillsborough Castle.

Struggling to remember the date, the new monarch asked his aides what the date is, before exclaiming: “Oh God, I’ve put the wrong date down!”

Camilla then goes on to explain to Charles he also signed the document September 12 instead of September 13.

Making the same mistake twice and enraged by a leaky pen, King Charles is then seen quickly standing, saying: “Oh God I hate this!” 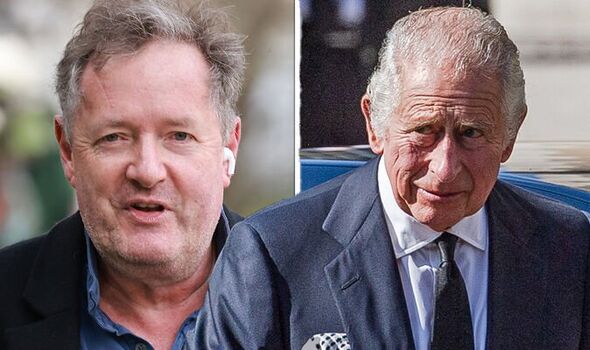 Taking the leaky pen from her husband, Camilla adds: “Oh look it is going everywhere.”

Quick as a flash, aides come to the royal couple’s side, taking the pen out of the situation while the king begins to wipe his inky fingers with a tissue from his pocket.

Clearly frustrated by the situation the King is then heard saying through gritted teeth: “I can’t bear this bloody thing.

“They do it, every stinking time.”

After leaving the room, covered in ink, an air of silence befalls the room as the Queen Consort continues to print her signature on the confidential documents, using a non-leaky pen.

Piers replied to the video, in view of his 7.9 million followers, saying: “We’ve all had pen rage.”

User @IvorBraiden also weighed in on the issue, tweeting: “You would think he would have learned his lesson after 2 days ago book signing with dodgy pens and keep his own own pen in his inside pocket like most business men!”

Another, @nemipuka1 referred to the other “pen incident” from a few days prior, when the King was witnessed by MP’s signing the Proclamation and tweeted: “Yeah, but obviously he has bad relationship with pens.” 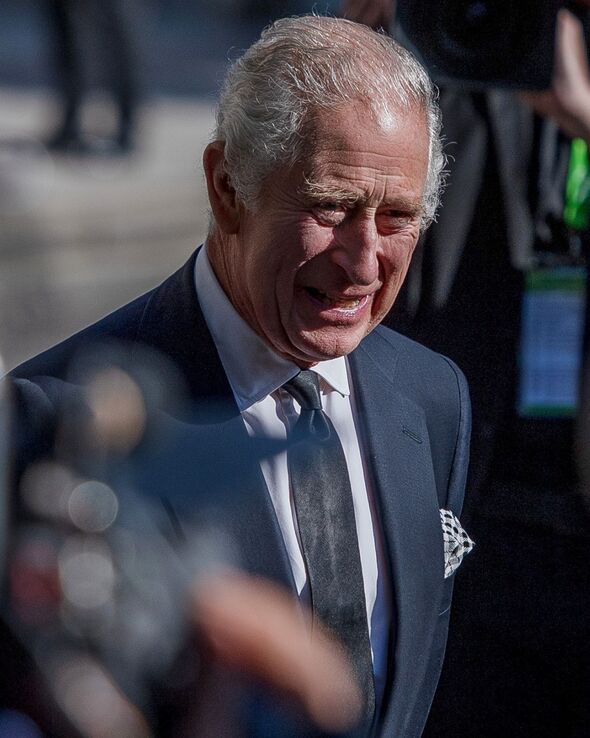 Others, like Piers, jumped to the monarch’s defence, pointing to the fact that away from royal duties, he is a man who has just lost his mother and is dealing with an insurmountable pressure.

@rickgrandad tweeted: “The fact that his majesty King Charles wasn’t sure of the date should remind us all of the tremendous pressure he’s been under virtual non stop official duties since his mother passed a time when everyone else in the country would just want to be alone with give him a break.”

Whilst another @emiemi8181 agreed, tweeting: “Have you ever lost your mum? I have and I couldn’t have told you the date, where I put my pen or even who I’d spoken to. Grief does funny things to the brain.”

Pier’s simple defence of the King comes after he wrote in his column for The Sun that Charles III was “a man wrestling with the weight of history and winning”. 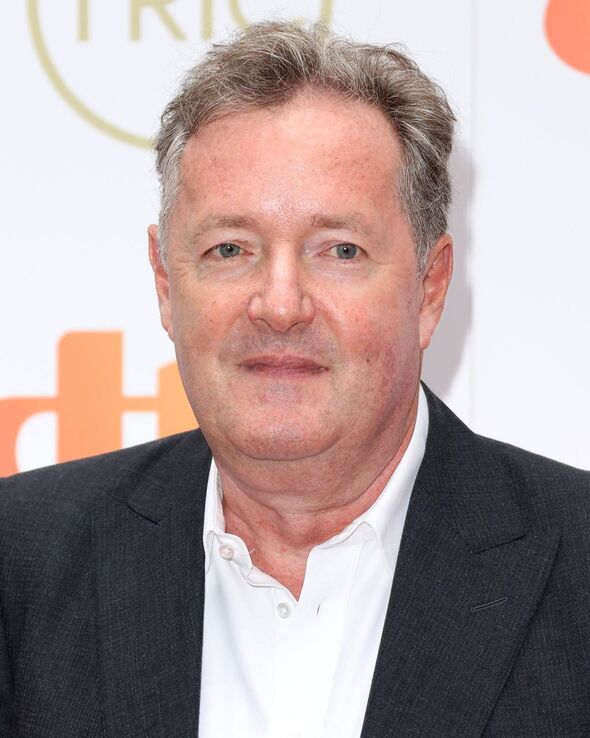 With eyes watching his every move from around the globe, the new King is aware that any sort of mistake, slip up or comment will gain attention and “pen gate” being a prime example.

Showing his appreciation for how the King has adjusted to his new role, Piers wrote: “Although Charles had a very, very long time to prepare for this moment, the longest apprenticeship for any job in recorded employment history, nothing can adequately prepare anyone for the sudden, dramatic propulsion from Monarch-in-waiting to King.

“Yet look how magnificently he’s handled it. I don’t think I’ve ever seen a single public figure rise to a momentous occasion with such astonishing poise, sure-footedness, class and clarity.

“From the moment we first saw our new King following his mother’s passing, he has hit the pitch-perfect note time and again.

“This is a man wrestling with the weight of history – and winning. And the public agree with me,” Piers finished by saying.