Prince George made a surprise appearance alongside Prince William and the Duchess of Cambridge on the fourteenth day of Wimbledon 2022 to watch the Men’s Singles’ Final.

The royal trio looked closer than ever as they stepped out at the All England Lawn Tennis Club to watch Nick Kyrgios go up against Novak Djokovic in what is expected to be a nail-biting finale. Prince George was captured waving to royal fans as he was escorted to his seat with his parents.

Mum Kate looked beautiful and donned a stylish polka dot gown for the special occasion. The Duchess attended the Women’s Singles’ Final on Saturday without her family, and saw Elena Rybakina defeat Ons Jabeur in an epic match.

The mother-of-three then presented Elena with the infamous Rosewater Dish after her spectacular win of 3-6, 6-2, 6-2. Kate appeared to thoroughly enjoy her day at the event and could be seen from the stands grinning from ear to ear as she watched from the royal box. 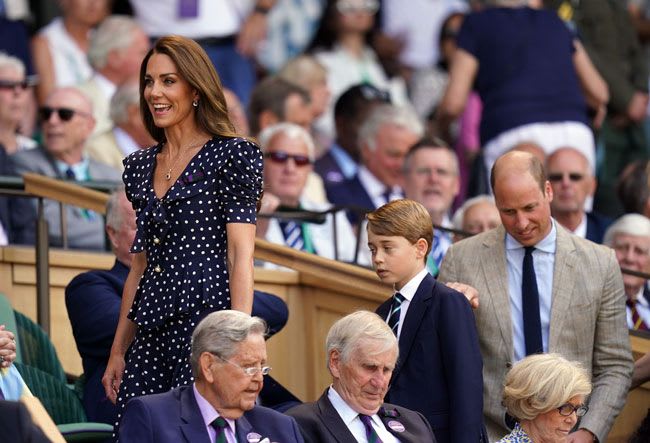 Mum Kate was truly glowing as the trio took their seats

She donned a stunning yellow Roksanda dress which she accessories with stylish black sunglasses and a chic straw hat to help combat the roaring temperatures. 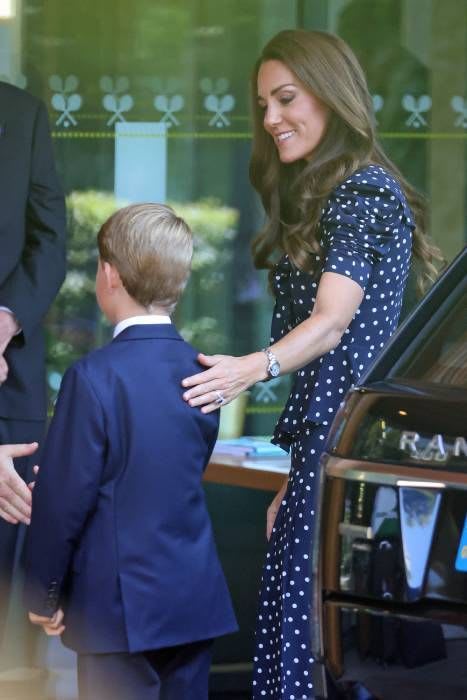 After the epic day, William and Kate penned a heartfelt message, emphasising how proud they are of the finalists.

Taking to Instagram the royal couple penned: “A beautiful day for a brilliant match. 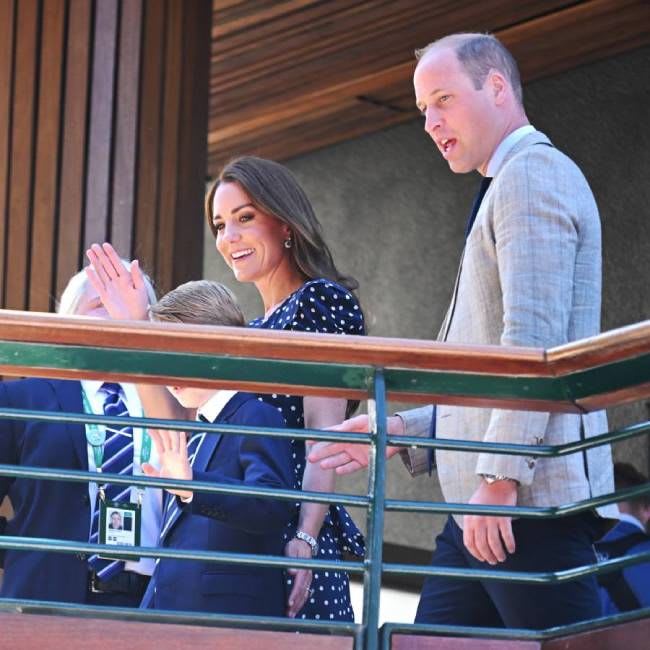 “Congratulations to both players but also to all the unsung heroes that make this tournament what it is. @Wimbledon you make us proud each and every year!”

HELLO!’s selection is editorial and independently chosen – we only feature items our editors love and approve of. HELLO! may collect a share of sales or other compensation from the links on this page. To find out more visit our FAQ page.