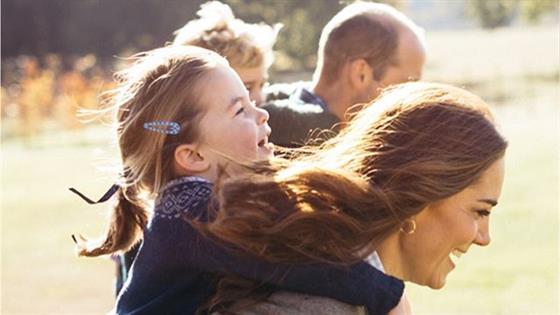 In a trailer for a new BBC documentary, Football, Prince William, and Our Mental Health, The Duke of Cambridge is getting candid about emotional well-being.

“You can’t be ashamed of your mental health,” Prince William began. “You’ve got to be able to look it in the eye and go, I’m gonna deal with it, here we go.”

The trailer explains the 37-year-old royal hopes to shut down the stigma surrounding men’s mental health by speaking with famous British soccer players, managers and fans.

He later continued: “It’s about being confident enough to say, ‘Things aren’t going great.’ It’s okay to not be okay.”

This isn’t a new endeavor for Prince William, who’s always been candid about his own struggles with mental health.

Last year, he, Kate Middleton, Prince Harry and Meghan Markle collaborated to launch Shout, a UK-based 24-hour crisis helpline. Shout was born out of Heads Together, an initiative the group started in 2016 in conjunction with several mental health charities.

And in March, William and Middleton spoke out, urging people to consider their mental health during the coronavirus pandemic. William was especially concerned with the psychological toll on frontline healthcare workers.

“The last few weeks have been anxious and unsettling for everyone,” the Duke and Duchess said in a statement shared by The Telegraph.

Their statement continued, “We have to take time to support each other and find ways to look after our mental health.”

In the past, Prince William has opened up about his time working as an air ambulance pilot, admitting that it was a constant struggle to deal with the emotions of despair and sadness.

Just weeks ago, William’s little brother, Prince Harry, launched his first project since his royal exit. The new initiative, which also deals with mental health, offers tools to “help defense people stay mentally fit and on top of their game…at work and at home.”