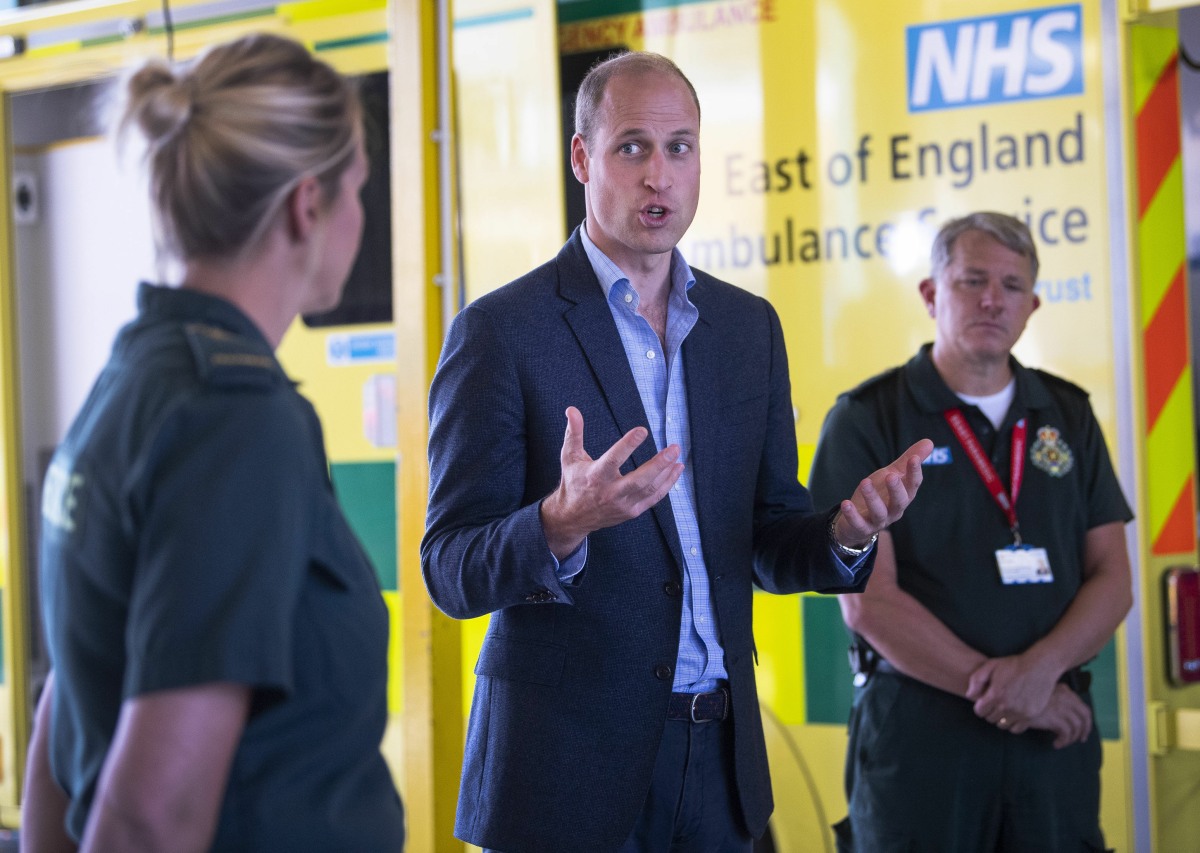 Prince William has been Zooming up a storm for the past three months or so. Once he and Kate figured out that Zoom calls “counted” as work, they kept up a steady, Top CEO pace of one or two Zoom videos a week. Supposedly, he and Kate have confined themselves to the Sandringham/Anmer Hall property, but I bet William has made a few jaunts in and around Norfolk which we haven’t heard about (cough). Anyway, all of this to say that William did his first “public” event (in three months) yesterday in Norfolk.

Prince William stepped out in Norfolk on Tuesday to praise first responders who have been working in the face of the coronavirus pandemic across the U.K. In his first public appearance since the crisis gripped the U.K. in mid-March, William, 37, headed out to see some of the ambulance workers who have been helping people during the last few difficult months.

He visited a base at the Queen Elizabeth Hospital in King’s Lynn, not far from the Sandringham estate, and his home Anmer Hall. He wanted to thank them “for their work and dedication responding to the COVID-19 outbreak, and to hear more about their experiences over the past few months,” his office at Kensington Palace said.

A bigger “thank you” would have been to wear a f–king mask! It doesn’t seem like the first responders are wearing masks either, and that’s on them. But again, the Windsor clan should be leading by example whenever they are seen in public, and that goes for the Queen, Kate (lol, she’s not going anywhere), Anne, anybody. Wear a f–king mask.

While William was chatting with these ambulance workers, he made sure to crack a typical William Joke: “I’m worried about the waistline of the nation as well with all the chocolate and cakes. I’ve done a lot of baking at home. Chocolate goes down very well.” Hm, sounds like someone has replaced rose-trimming as his favorite Norfolk activity. I wonder whose baked goods he’s been sampling? 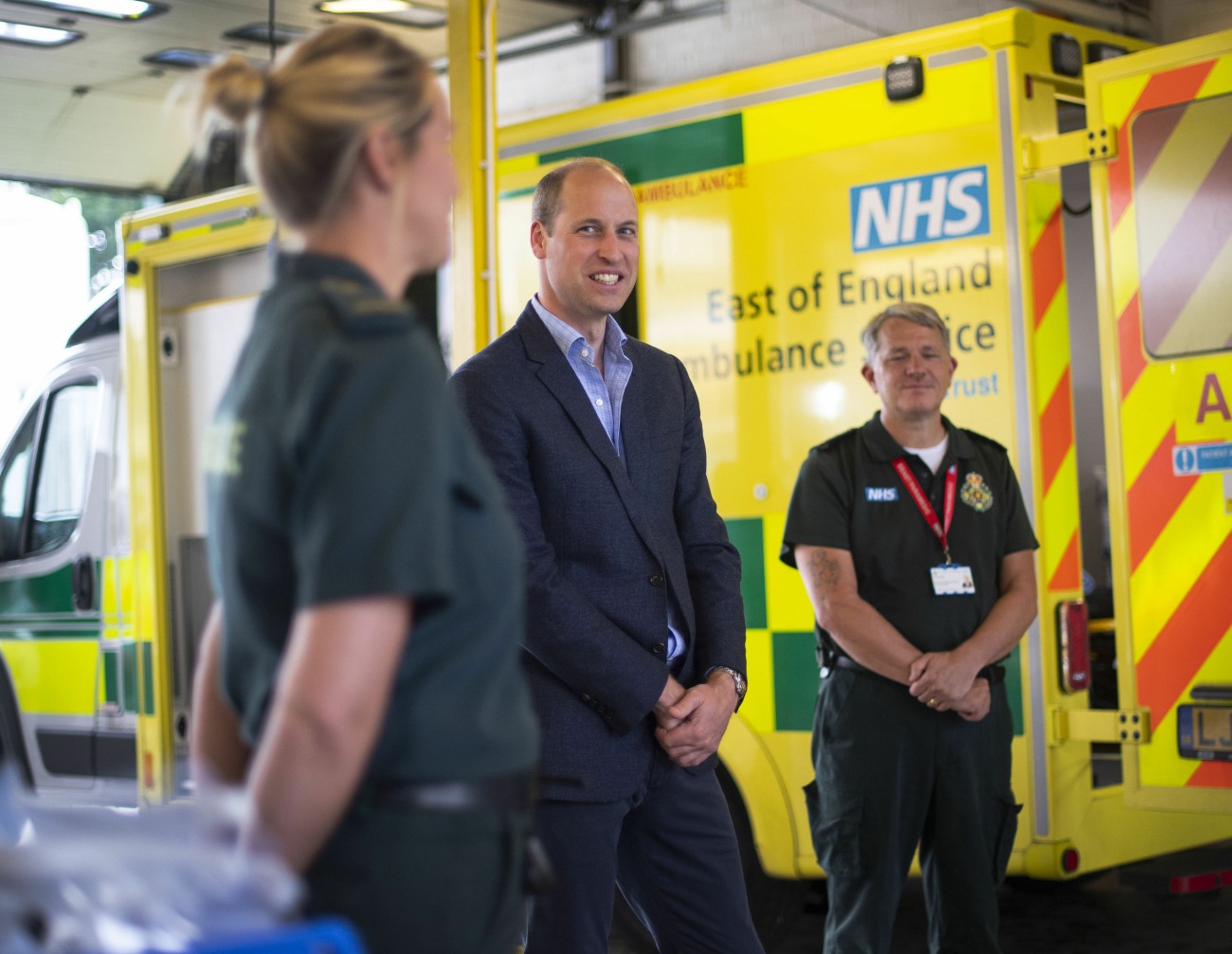 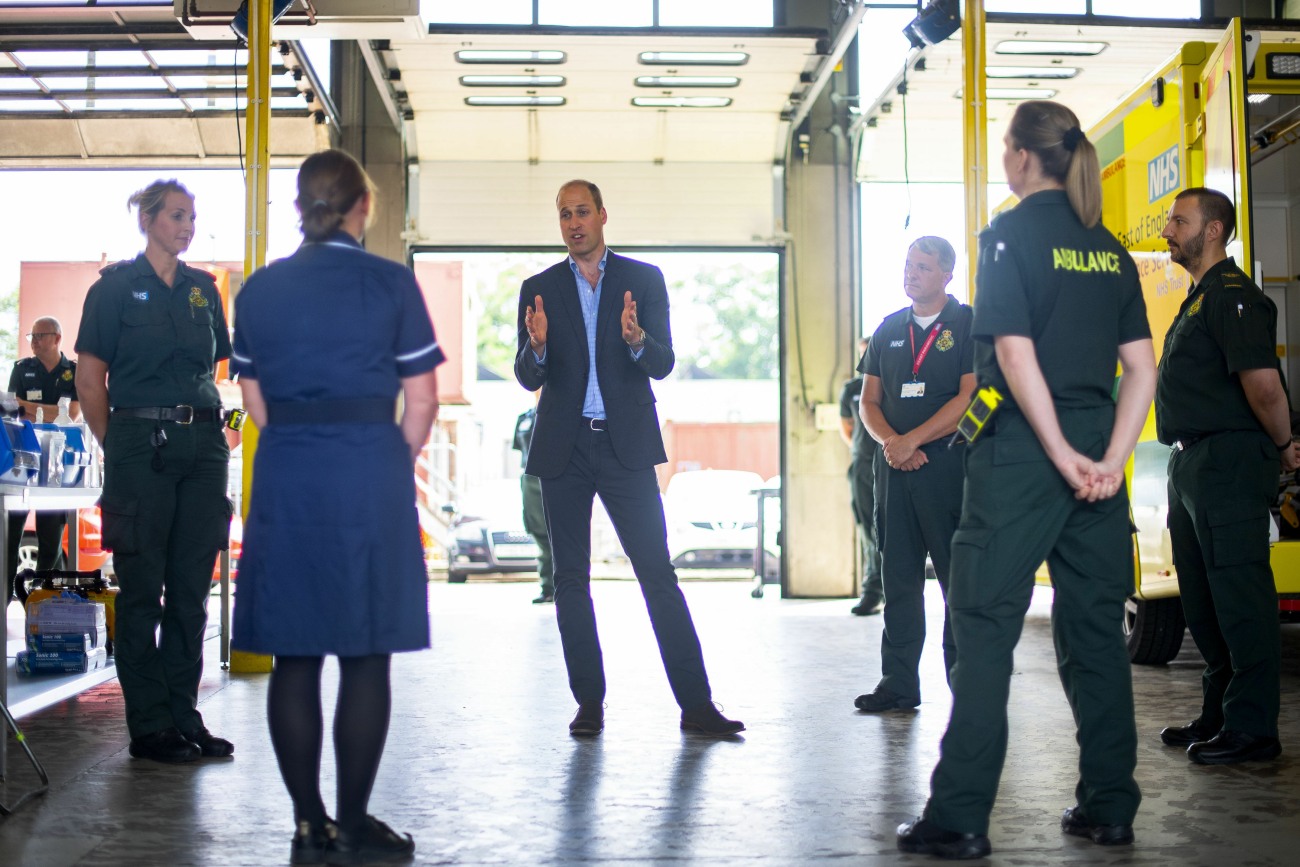