Rachel Riley, 34, has slammed “toxic” misinformation which she has found circulating about the coronavirus. The Countdown presenter spoke out about her discovery of a UK based group which she said was “designed to promote vaccine lies” about COVID-19. She shared some screenshots of the company’s claims with her 657,000 Twitter followers this afternoon and wrote alongside the images: “Met @Facebook with @CCDHate’s @imi_ahmed ydy to discuss toxic FB Groups, including one full of #COVID19 & health misinformation.

The television personality then added: “We ask @Facebook to show the #WilltoAct & take this group down.

“Vaccine & #COVID19 misinformation is toxic. It contributes to a loss of trust in doctors, government & evidence-driven science.

“It encourages conspiracism, suspicion of experts & can kill. This group needs to go.”(sic) 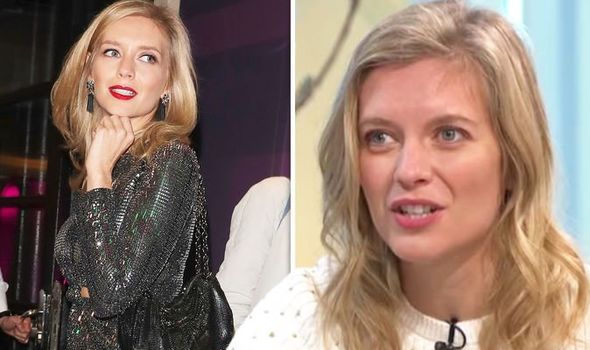 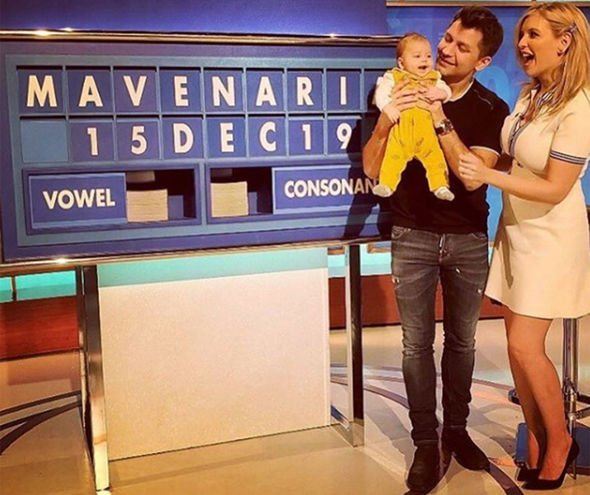 Rachel then followed up her post by asking several medical experts to share their thoughts about the Facebook group’s information, including Doctor Christian Jessen and Doctor Hilary Jones.

She quizzed the doctors: “In your expert medical opinions, do you think shoving yoghurt up your a**e is a great ‘tool’ for ‘protecting yourself’ against #CoronaVirus? 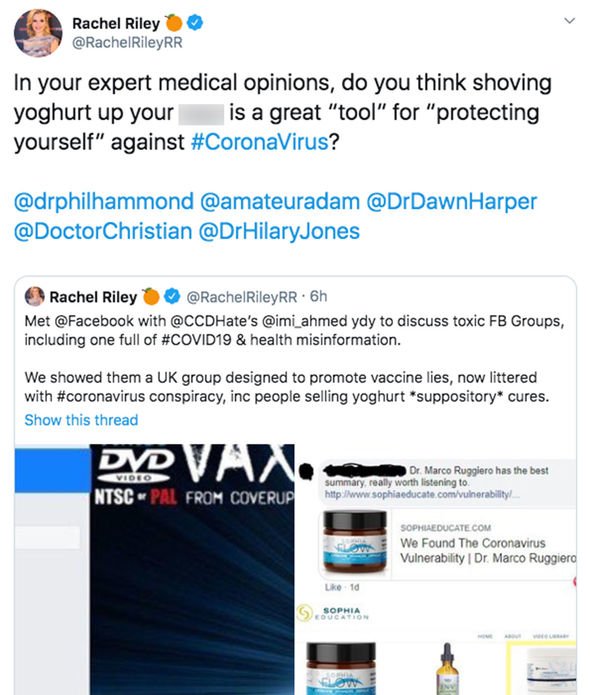 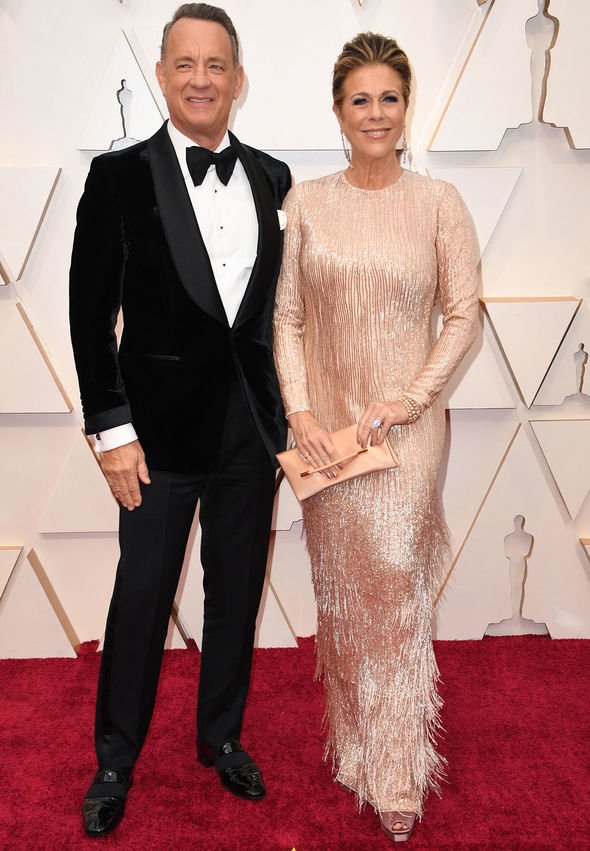 One person jokingly responded: “So THAT’S why people are buying toilet roll.”

Another quipped: “Tried that, can’t say if it works or not, but I can confirm it will definitely get you banned from Sainsbury’s!”

A third Twitter user added: “It’ll certainly prevent you coming in to close contact with anyone else.”

The NHS has advised people to wash their hands with soap and water often for at least 20 seconds and to self-isolate if they have any coronavirus symptoms to prevent further spread of the virus.

Rachel’s comments come after Tom Hanks and his wife Rita have tested positive for the virus.

The pair have been in Australia for the pre-production of Baz Luhrmann’s untitled Elvis Presley film from Warner Bros.

“Hello, folks. Rita and I are down here in Australia,” the actor began in a social media post.

“We felt a bit tired, like we had colds, and some body aches.

“Rita had some chills that came and went. Slight fevers too. To play things right, as is needed in the world right now, we were tested for the Coronavirus, and were found to be positive.

“Well, now. What to do next?” he questioned.

“The Medical Officials have protocols that must be followed. We Hanks’ will be tested, observed, and isolated for as long as public health and safety requires. Not much more to it than a one-day-at-a-time approach, no?

“We’ll keep the world posted and updated. Take care of yourselves! – Tom Hanks.”

The Forrest Gump star accompanied the announcement with the picture of a hazardous waste bin with a latex glove poking out of it.