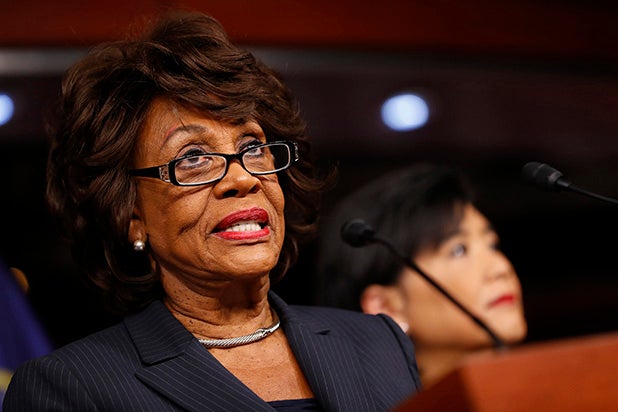 Rep. Maxine Waters said Thursday that her sister is dying of the coronavirus in a St. Louis hospital.

Ahead of a vote on a package worth more than $480 billion in pandemic response, she dedicated the legislation to her sister: “I am going to take a moment to dedicate this legislation to my dear sister who is dying in a hospital in St. Louis, Missouri, right now infected by the coronavirus.”

The California Democrat and chair of the House Financial Services Committee was wearing a face mask, which she lowered to address the room about the Paycheck Protection Program, which already passed, and the pending Health Care Enhancement Act.

Her announcement came the same day Sen. Elizabeth Warren announced that her brother died of the virus earlier this week.

Waters, a frequent critic of President Donald Trump, has been rebuking him for his handling of the crisis in recent weeks. Sunday, she asked her social media followers to “use the power and influence of Twitter to demand testing, testing, testing!” and told the president to “stop politicking.”

After video of Waters’ touching tribute was posted on Twitter, condolences came in from the political world, including from Sen. Bernie Sanders’ former press secretary Briahna Joy Gray and “The Young Turks’” Emma Vigeland.