Stakes ready! Sarah Michelle Gellar channeled her inner vampire slayer while on a walk in Los Angeles, giving fans hope of a reboot.

“Hmmmm…….. found this on my walk today,” Gellar, 42, wrote via Instagram on Tuesday, March 17, alongside a photo of herself holding a giant wooden stake.

The actress held onto the weapon like a pro, giving major Buffy the Vampire Slayer flashbacks to lovers of her TV alter ego, Buffy Summers, who slayed vamps and other demons with a swift stab of a stake for years. 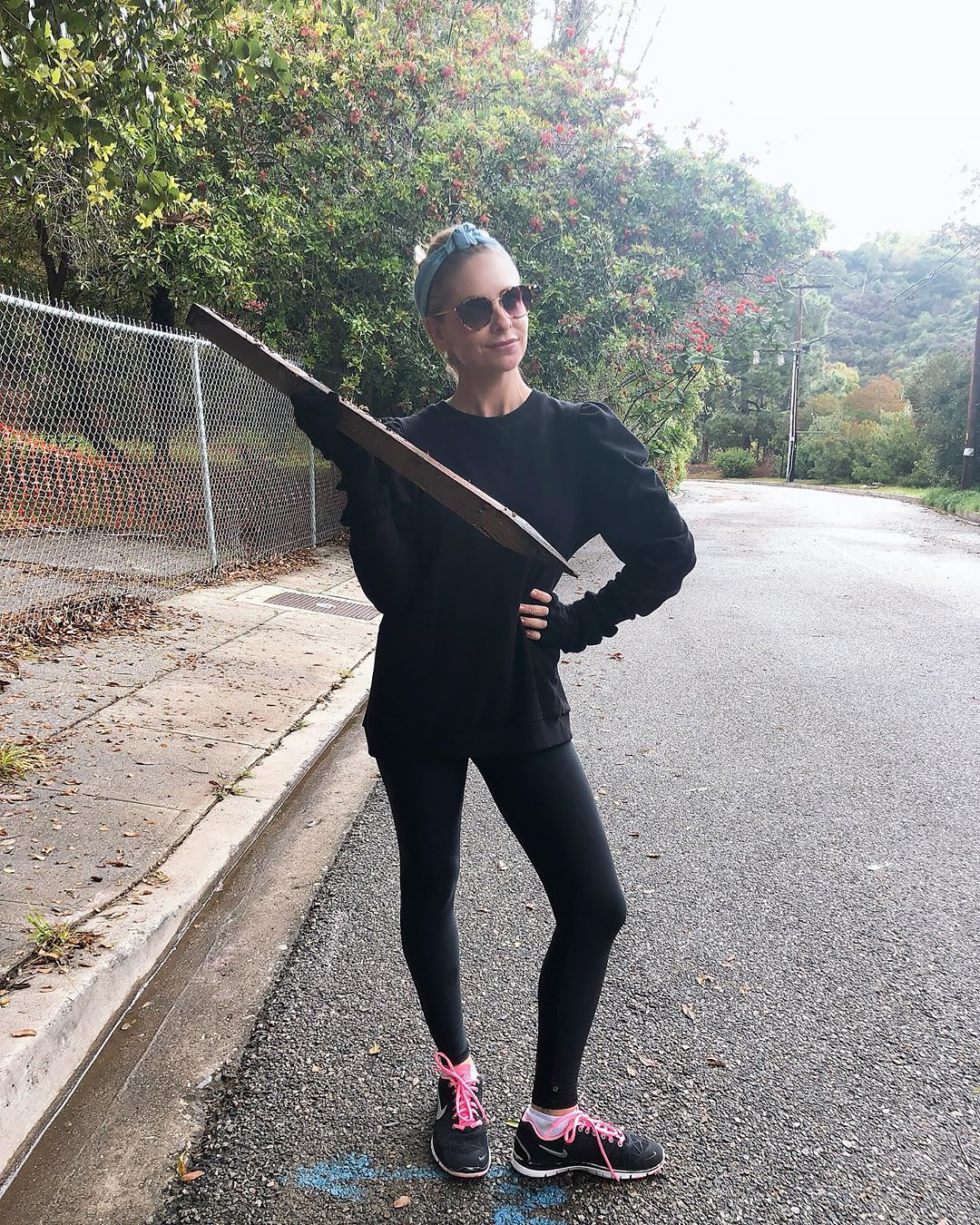 “Weird timing. Apocalypse? We need Buffy, it’s only right,” one follower commented on the picture.

Another fan wished it was a sign that the Cruel Intentions actress was reprising her role in a TV spinoff or reboot, writing, “Is this a spoiler??? Please say yes ? would love Buffy to come back (well you as Buffy).”

“Once a slayer, always a slayer,” a third follower wrote.

The mother of two portrayed the high school student turned slayer for seven seasons from 1997 to 2003.

Despite loving her hardcore hero character, the Scooby-Doo actress told Us Weekly exclusively in 2019 that she will never again dress up as Buffy for Halloween.

“I did [dress as Buffy the Vampire Slayer for Halloween] once, years ago. God, it was a long time ago,” Gellar recalled to Us in October 2019. “Someone came to my door and I forgot it was Halloween. I was giving [out] candy and someone said, ‘What’s your costume?’ I was like, ‘I’m Buffy the Vampire Slayer.’ She’s like, ‘You don’t look like Buffy, she would have a cross and a stake.’”

Gellar added: “So, that sort of ruined that one. I don’t think anyone wants that costume.”

The Ringer alum also revealed that she understands why fans want a reboot of the beloved series, but she isn’t ready to step back into that role.

“I think the amazing thing about Buffy’s legacy is that people are still watching and discovering and it still resonates. The fact that it’s still important to people, it sort of means that it lives on its own,” she explained when talking about a possible reboot. “That being said, if you have more story to tell, that’s great. I don’t feel that I do.”

She concluded: “I’m so happy with the story that I told and the character that I played, and I wouldn’t go back into that.”