“Aryeh, myself and the Gaspard and Chittick families would like to take this time to thank everyone for their prayers and support, as we mourn the terrible loss of our beloved Shad,” the trainer and nutritionist said in a statement issued to Us Weekly. “Shad was our whole world and we were his. There are not enough words to describe what he means to all of us. He was our heart, our soul, our protector, our warrior.”

Siliana continued, “He was a bright force of nature, who brought joy to many through his joyous and gracious nature. The outpouring of love from Shad’s friends, colleagues and fans has meant more to us than you can even imagine. We’d like to once again thank the lifeguards, Coast Guard, divers, fire and police departments for their efforts. Shad was and will always be our real-life superhero.”

The former WWE wrestler was found dead on Wednesday, May 20, after a search effort was launched to locate him. The Los Angeles Fire Department confirmed via Twitter that a body matching Shad’s description had washed up on the shore. He was 39. 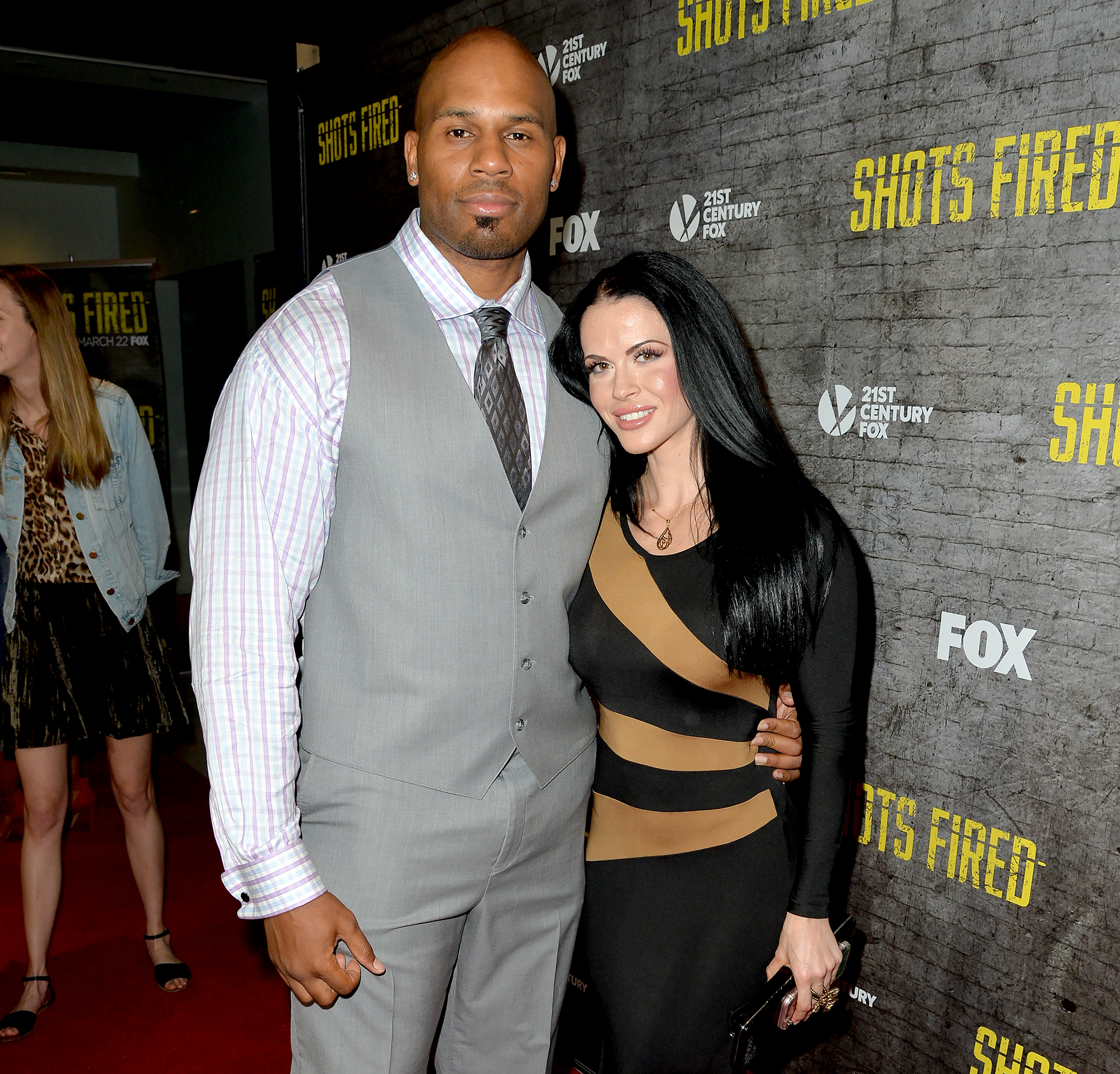 Shad went missing on Sunday, May 17, while swimming with his son at Venice Beach. Though the 10-year-old was rescued, officials on the scene were unable to find him at the time. A representative for the LAFD told Us on Monday, May 18, that the father-son pair “were caught up in a possible rip current and couldn’t swim back.”

Siliana shared a missing persons listing to her Instagram Stories on Monday. In the day that followed, she uploaded a photo of the late athlete holding onto their dog along with a statement of appreciation from the married pair’s families.

“We would like to express our gratitude to the first responders who rescued Aryeh and to the lifeguards, Coast Guard, divers, fire and police departments for their continued efforts to help find our beloved Shad,” the Instagram post read. “Shad is a fighter, a warrior and a magical soul. We are hoping and praying for his safe return. As a family we thank you all for your concern and well wishes. Please continue to keep sending your positivity and prayers to our beloved Shad.”

During Shad’s WWE career, he was a part of the tag team Cryme Tyme alongside Jayson Anthony Paul (a.k.a. JTG). He wrapped his run with the professional wrestling organization in 2010.

Shad later took up acting. He made appearances in high-profile films including Black Panther and Harley Quinn: Birds of Prey, but he also popped up in several major TV series such as Key and Peele and Nickelodeon’s The Haunted Hathaways.