Leggings can be a versatile wardrobe staple if you know what to pair them with. Former Game of Thrones star Sophie Turner took a stab at elevating the athleisure classic this week, even adding her own personal spin.

Turner, who was photographed walking down a sidewalk in Los Angeles, wore a pair of gray athletic leggings with a white crop top and a plaid blazer. She finished off the posh look with some black shades, a white handbag, and white sneakers. 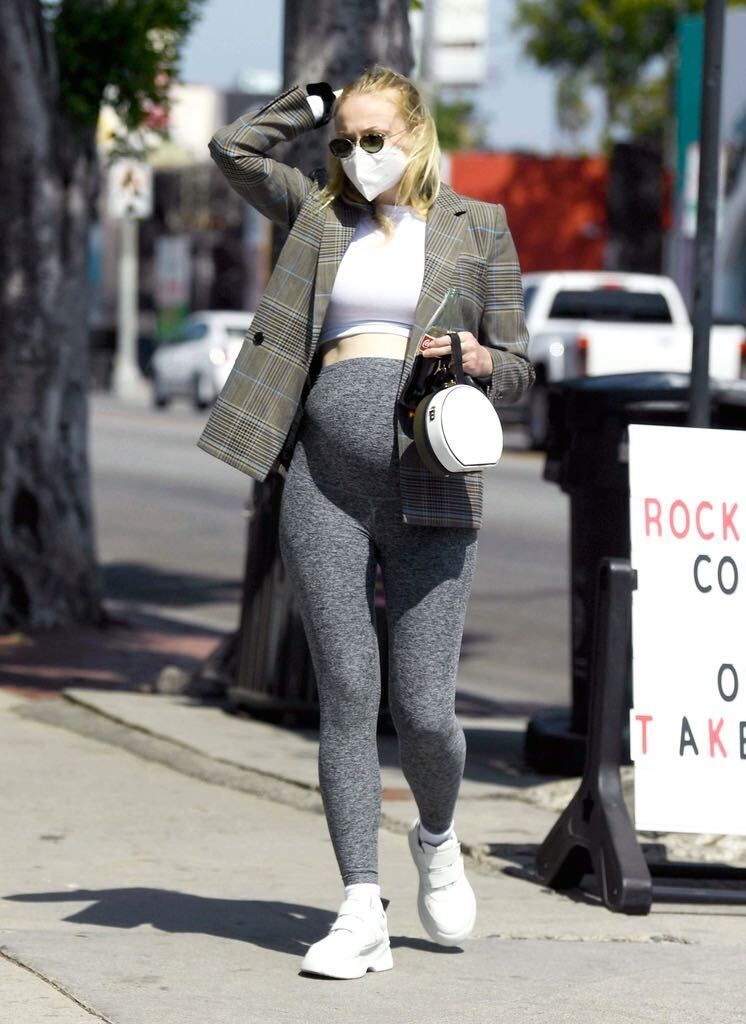 The actress and her husband, Joe Jonas, are reportedly expecting their first child together. And although the couple has yet to confirm or deny the pregnancy rumors, which first started circulating this past February, Turner is allegedly due for delivery later this summer.

Us Weekly confirmed the news, as did Just Jared Jr., earlier this year. “The couple is keeping things very hush hush but their friends and family are super excited for them,” a source told the website. “Sophie has decidedly been choosing outfits to wear on and off the carpet to accommodate her changing body.”

Another source revealed to Us Weekly at the time but in a separate report that the couple always knew that they wanted to start a family. “Having children and starting a family was part of Joe and Sophie’s plan,” the insider said. “They’ve always known they’ve wanted kids.”