Cardi B is well-known for her candid and bold personality. We also know she has a passion for public concerns and even a desire to run for office because, as she explained, “I deadass have sooo much ideas that make sense.” The Manhattan-born musician has had an eclectic career path that includes working as a stripper and getting fired from a grocery store.

While her impressive rise to fame and talents as a musical entertainer has secured her well-deserved celebrity status, even she was impressed by her latest media spotlight. Her video response to the Covid-19 pandemic ravaging the world made it all the way to China. 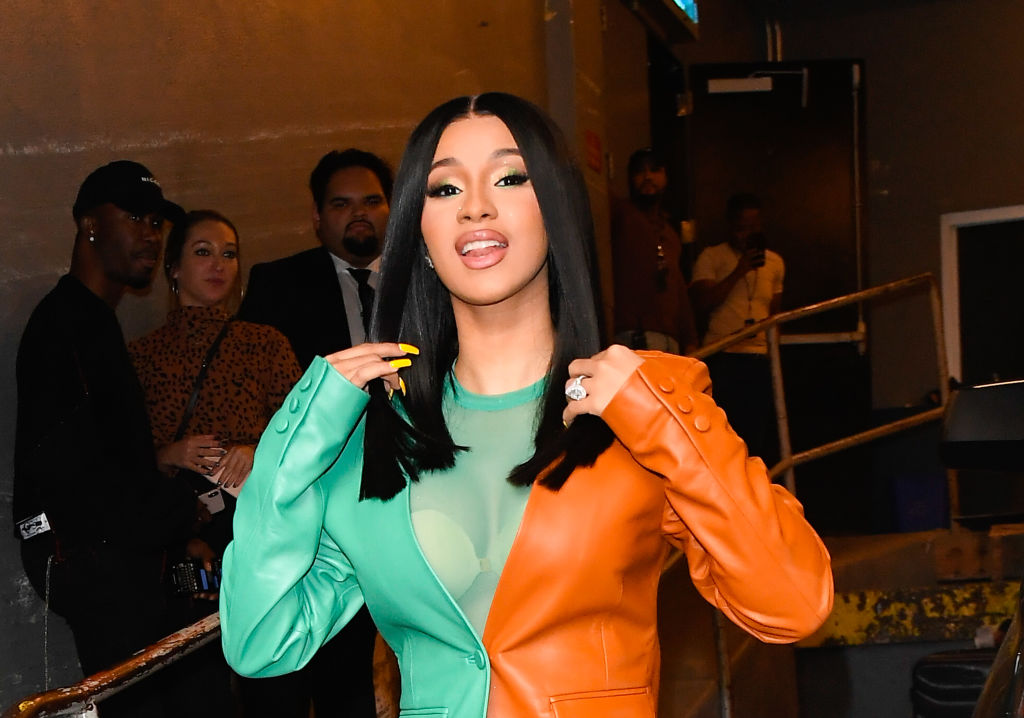 In an Instagram post, the rapper was elated to share with her fans that she had made it to the “motherf**king Chinese news,” and she played a video on her phone of a clip of her comments about the pandemic playing over a news station.

The earlier Instagram clip that she had created was shared during a news segment on Shenzhen Satellite TV. The station is based in Guangdong, China, a powerful city in China’s economy that has been hit hard by the impacts of the virus. When workers tried to return to the province following trips elsewhere in the country to celebrate the Lunar New Year, many found themselves unable to return quickly due to strict quarantine measures.

While China’s own efforts to maintain the virus are finally seeing some relief, other countries — including the United States — are just starting to see the impacts. Cardi B’s message of concern and safety has global appeal as people all around the world find themselves facing a shared battle.

BITCH I DEAD DONE MADE IT IN THE CHINESE NEWS !

Cardi B’s comments have gone viral in the U.S.

One of the reasons that Cardi B’s comments made it all the way across the globe is because of its viral appeal. In the original clip, Cardi B opens up in a way that is genuine and relatable. Decked out in a see-through gold bodysuit and long blue nails, Cardi B puts a voice on many people’s feelings of uncertainty and fear.

“I don’t know what the f**k this coronavirus is about,” the rapper begins. She admits that she, too, dismissed the concerns earlier. Now she warns fans that “a bi**h is scared” and “s**t is real. S**t is getting real.” She captioned it with “Ya keep playing I’m deadass FU**IN SCARED. I’m stocking up on food.”

The clip hits just the right tone for a world plunged into fear and confusion. Cardi B doesn’t shy away from her fear, and she says what everyone is thinking about just how quickly things moved from distant warnings to real concerns impacting day-to-day lives. Best of all, she did it all in her signature profanity-laced flair and in-your-face fashion.

The fact this damn corona virus song is charting on iTunes ….Hold on ..let me hit the Dj up and Atlantic so I can’t get my damn coins ????

Her comments were so catchy that enterprising creator DJ iMarkkeyz set it to a beat and put it over a hilarious video featuring dance clips from characters as diverse as Elmo and a group of people dressed up in horror film Jason masks.

The seemingly silly song has been exploding in popularity, climbing up the charts on iTunes. It demonstrates just how desperate people are for some levity and cheer in the midst of this crisis, and Cardi B is a great person to deliver it. With her authenticity, unique sense of style, and way of laying the truth out no matter what, she’s a spokeswoman for an era of high emotions and an uncertain future.