Loose Women star Stacey Solomon, 30, regularly updates her legion of fans on her day-to-day life on Instagram. But her boyfriend and Dancing On Ice contestant Joe Swash, 38, got a shock as she was sprawled out on the floor using her body to clean the tiles.

She danced around to I Want To Break Free by Queen but collapsed laughing when Joe got home.

Joe admitted he “doesn’t know what to expect” when he comes home, as he took to Instagram to document the bizarre moment.

In view of his 1.3 million followers, he captioned the story: “What the actual f**k do I come home to?”

In the clip, he said: “Sometimes I come home and I just don’t know what to expect. And today I’ve got to deal with his.” 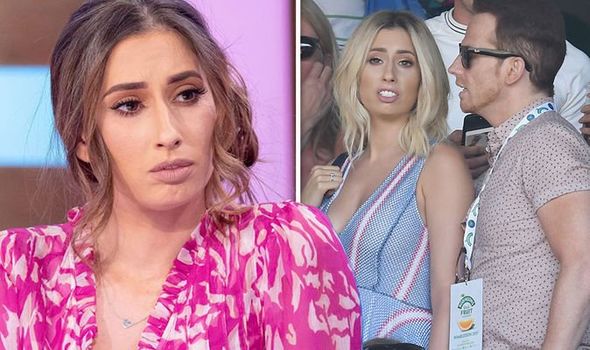 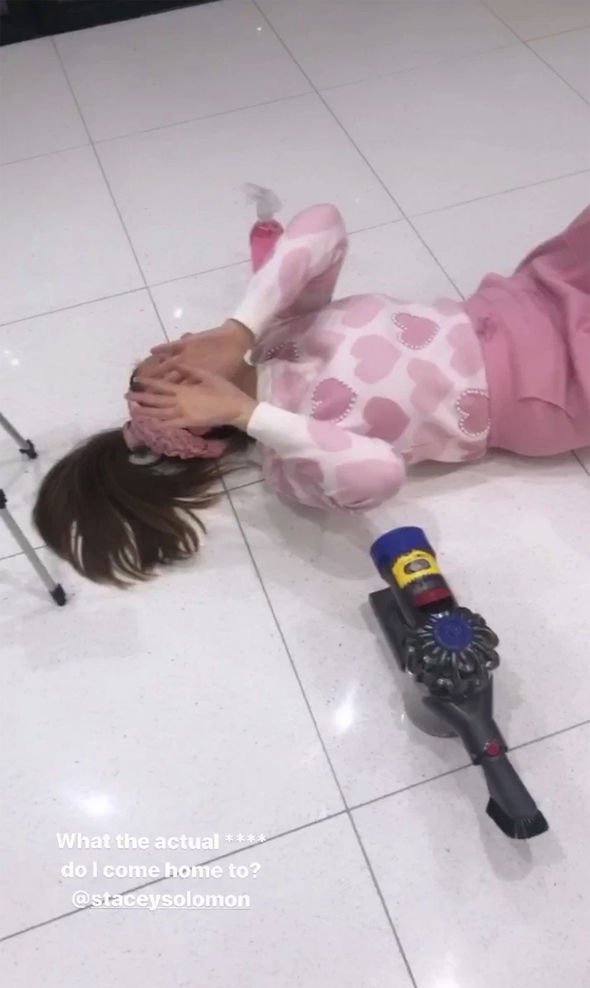 Joe then quizzed: “What have you got on your feet?” as he panned the video over to Stacey’s pink slippers.

Stacey attempted to hide her face after being caught out writhing around on the kitchen floor.

He later shared a picture of the domestic goddess sprawled out on the tiles, dressed in all pink ensemble.

Joe captioned the snap: “My better half.” 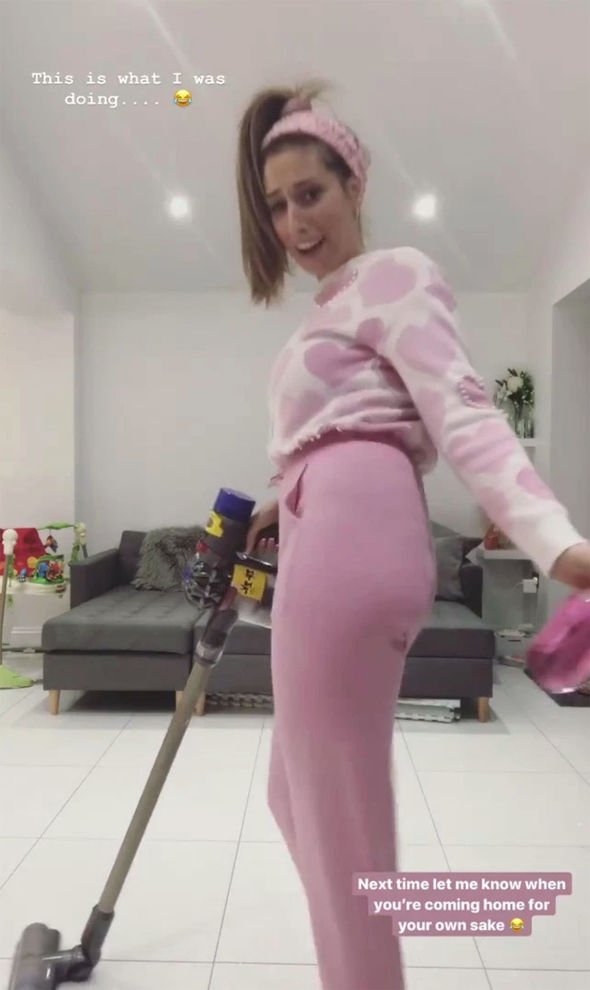 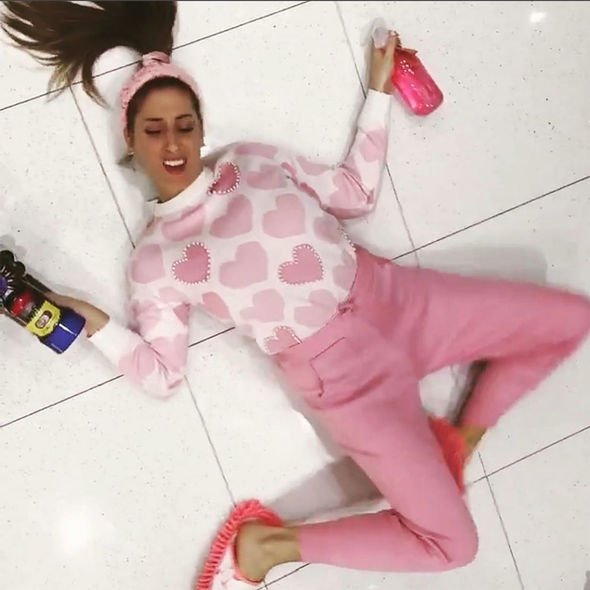 Fans flocked to comment on the post, with many championing the Loose Women panelist for her hilarious moments.

One person said: “Haha I love her so much. She makes me laugh. Proper brightens up my day. Both lucky to have each other and the boys.”(sic)

While a third person added: “Love her and her crazy ways! Such a beautiful family.”

Elsewhere, it has been revealed Stacey rushed her Loose Women co-star Linda Robson to rehab after she suffered a “meltdown” caused by her struggles with anxiety which were heightened during the ITV panelists’ group trip to Ibiza in 2018.

The former Birds of a Feather actress admitted she had “reached breaking point” at the time after “sneaking bottles of vodka” in at night during the holiday when her anxiety prevented her from sleeping.

Opening up about the difficult time in a candid interview with The Sun, Linda credited Stacey for “trying to distract her” as she headed to the rehab facility.

Linda, who also struggles with OCD (obsessive compulsive disorder), recalled: “Stacey came with me. I was in a terrible state, so we played games on her phone just to try and distract me.

“I was scared, embarrassed and ashamed because my kids had been told their mum was in a state and needs help.”

Linda, who recently returned to Loose Women after a break, explained to the publication her erratic behaviour was attributed to a rare allergic reaction to an antidepressant and she is now in recovery.

The TV personality explained she found it impossible to cope on the group holiday to Ibiza alongside her friends and colleagues Stacey, Nadia Sawalha, Andrea McLean, Kaye Adams and Saira Khan.

Dancing On Ice continues tonight on ITV at 6pm.