Reality TV aficionados had fresh reason to rejoice when “BravoCon” launched in 2019, bringing fans everything they loved about Bravo TV in one space. Think photo ops, Instagram-worthy moments, live panels, and immersive experiences, all of which featured network stars from shows like “Vanderpump Rules,” “Southern Charm,” “Real Housewives,” and “Below Deck.” One of the major faces of Bravo, Andy Cohen, also filmed an episode of “Watch What Happens Live” at the inaugural event, according to Bravo TV.

Back in 2020, BravoCon was one of the many casualties of COVID-19, but Variety reported that the event would return to New York City in 2021. “Close to ten thousand fans experienced our first ever BravoCon and I’m so excited to bring the Bravosphere to life again,” NBCUniversal’s executive vice president of consumer engagement and brand strategy Ellen Stone told the outlet. “The passion of our attendees combined with the enthusiasm from our talent set the standards super high for our second Con, which we plan to be even more memorable.” Unfortunately, however, this proved not to be the case, as Page Six shared the news that Bravo had opted to cancel its fan-favorite event on August 9.

The cancellation shocked “Real Housewives of New York” star Luann de Lesseps, who had tweeted about the event as recently as August 3. Cohen also took to Twitter to react to the news, calling the plans “incredible, ambitious … and now we must wait until 2022!!!” But what was the reasoning behind the decision to cancel BravoCon? 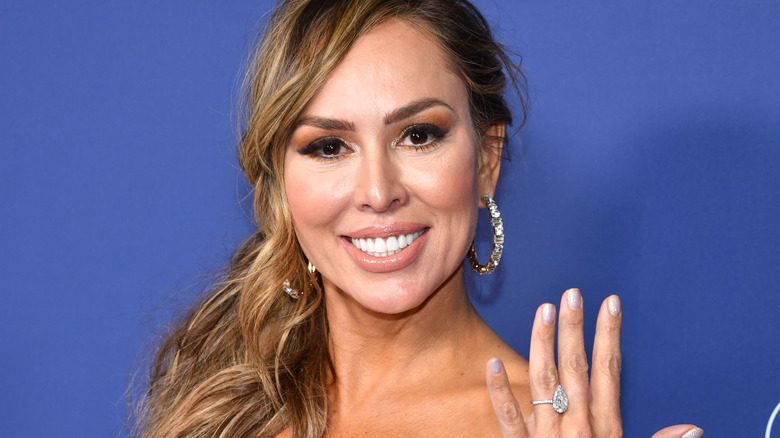 According to Page Six, Bravo opted to postpone BravoCon to 2022 because of an uptick in COVID-19 cases. “Out of an abundance of caution, we are postponing BravoCon until next year,” the network said in a statement (via Page Six). “We are just as disappointed as our loyal fans to have to cancel this year’s event, but health and safety are our top priorities. We look forward to celebrating BravoCon 2022 together.” The cancellation coincides with a rise in COVID cases stemming from the Delta variant. As a result, the CDC has recommended that even vaccinated people wear masks indoors, which would disrupt the gathering of people at BravoCon in October.

Several notable Bravo stars have also come under fire for their controversial views on vaccinations in the past few weeks. In August, People reported that “Beverly Hills” alum Teddi Mellencamp, who experienced “severe” COVID-19 symptoms along with her husband, called his decision not to get vaccinated “a big mistake.” In a similar vein, “Real Housewives of Orange County” star Kelly Dodd has consistently made waves with her unorthodox take on vaccinations, and even lashed out at Andy Cohen regarding his differing viewpoint on face masks. Judging by this, plenty of Bravolebrities were not too excited about new the CDC mandates. But, in the words of That Housewives Guy, “if you want #BravoCon to happen next year, get vaccinated!!”