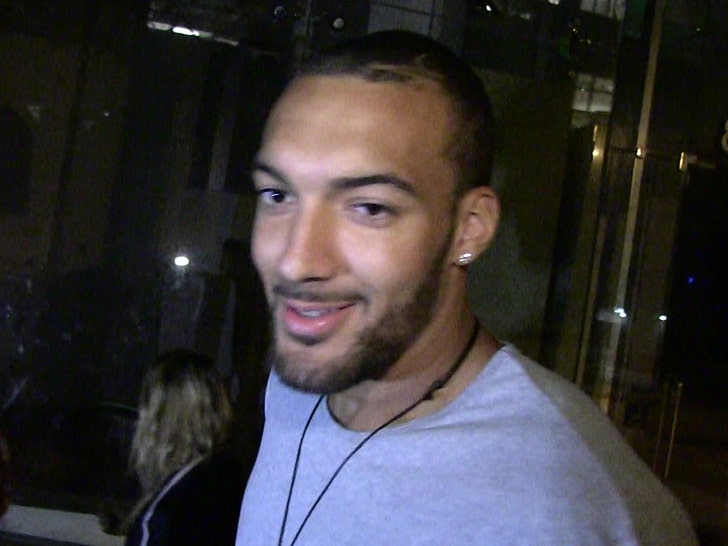 Rudy Gobert — the first NBA player to be diagnosed with coronavirus — is paying it forward to his arena family and surrounding communities with hundreds of thousands of dollars.

The Utah Jazz star announced Saturday he’d be forking $500k of his money toward the COVID-19 pandemic — divvying up the dough to different groups, but all with the intent to relieve people who are going to be hurt by it the most, like part-timers at the team’s arena.

$200k of Gobert’s pledge will help cover the salaries of part-time employees working at Vivint Smart Home Arena — all of whom were sent home earlier this week after the NBA canceled the remainder of the regular season. The money is in conjunction with efforts already being undertaken by ex-Jazz owner Larry H. Miller‘s sports and entertainment company.

Another couple hundred thousand are being dispersed to help families affected by coronavirus in Utah and Oklahoma City. Rudy’s also donating a bunch of euros to help people in his native country of France … which was just recently placed on lockdown.

Of course, the gesture from Gobert comes after he caught flak on Wednesday for touching a bunch of reporters’ microphones during a press briefing … this after word was out that he’d contracted coronavirus. He apologized for that — seems he’s going the extra mile.

Other NBA players have stepped up for their arena staffers as well … Zion Williamson is picking up the tab for the Pelicans crew, and Kevin Love‘s doing the same in Cleveland.

A message from @spidadmitchell • #NBATogether

Meanwhile, Gobert’s teammate, Donovan Mitchell, gave a health update after he too contracted the disease … telling folks he’s good and in isolation for now.