Vanessa Bryant continues to share her mourning process of her beloved late husband, Kobe Bryant, and their daughter. Just one day after their daughter Gigi was inducted into the WNBA as an honorary member, Vanessa is sharing old photos and videos of Kobe on what would have been their 19th wedding anniversary. 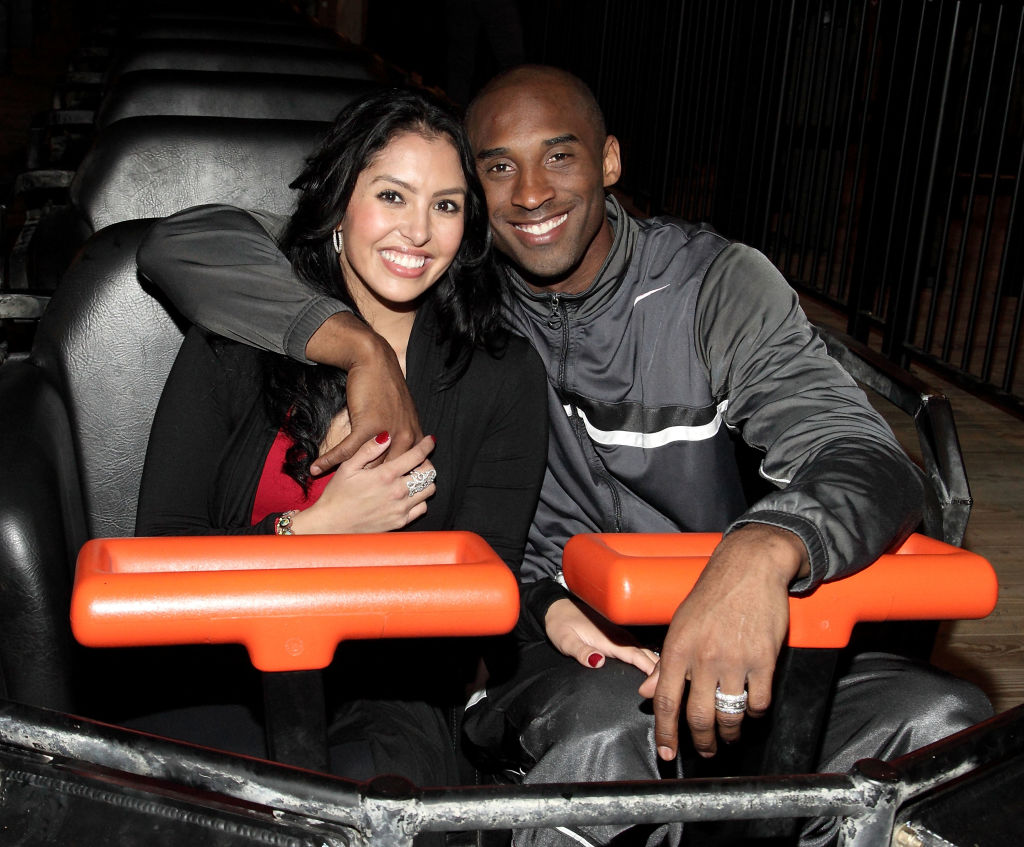 While Vanessa stayed out of the public eye and focused on being a devoted wife and mother to her family, Kobe did not hesitate to gush about his stunning bride in the press. Vanessa shared a throwback video of Kobe speaking with MTV about her, explaining why he felt that she was the one for him.

“It’s hard to pinpoint what exactly makes the person the one for you, but you know,” Kobe began. “Love is a funny thing and I can’t explain it and I don’t understand it. All I know is she caught my heart and I just knew that she was the one.”

Kobe added that Vanessa’s strong will is one of the things he loves most about her. “Vanessa, she’s very strong, she’s very strong-willed,” he said with a smile. He noted that he looked forward to growing into “two cool a** parents” with lots of energy, nothing that Vanessa was a burst of energy. They eventually had four daughters and Kobe gloated about being a “girl dad.”

Kobe’s friend and fellow basketball player, John Salley, revealed in an interview with YouTube’s Vlad TV that he had a conversation with Kobe about why he chose Vanessa at Kobe’s music video shoot where he and Vanessa met.

“My friend was Miss Puerto Rico, and she was in the video, too, and she was banging,” Salley recalled. “[Bryant] goes, ‘Yeah while everybody was whatever, that’s me right there,’” referring to Vanessa.

As their marriage endured difficult times, including Kobe’s cheating scandal in 2004 and when they considered divorce in 2011, Sally says Vanessa proved that she was Kobe’s ride or die.

“What she had to do to sit there to stand by his side and say ‘Yo, I’m with you’ — amazing female,” Salley said.

Kobe proposed to Vanessa on her 18th birthday, just six months after they began dating. They married on Apr. 18, 2001 at the St. Edward Roman Catholic Church in Dana Point, California.

Neither Bryant’s parents, his two sisters, his agent, nor his Laker teammates attended as they were in opposition of the two young love birds’ getting married. But that did not deter the two from tying the knot. In fact, it helped the two establish an “us against the world” mentality that would sustain them throughout their union.

On what would have been their 19th wedding anniversary, Vanessa posted an emotional tribute to her late husband. The photo shows a beaming Vanessa sitting on Kobe’s lap as he plants a big kiss on her cheek.

“My king, my heart, my best friend. Happy 19th wedding anniversary baby. I miss you so much,” she wrote. “I wish you were here to hold me in your arms. I love you,” along with a heart emoji.

Despite the unimaginable pain she is experiencing after the loss of her husband and daughter, Vanessa is pressing forward to honor their memory and legacy. She continues to lead the Mamba & Mambacita Sports Academy and recently announced that she’s partnered with the WNBA for their Kobe & Gigi Bryant WNBA Advocacy Award in which she will help select and present the honoree each year at the NBA All-Star Game beginning in 2021.