She has faced a strong backlash for her decision to furlough 30 staff at her floundering fashion label.

But Victoria Beckham ignored her critics as she posted a throwback family snap on her Instagram stories on Sunday.

The fashion designer, 46, shared the group photo in which she stood beside husband David and sister Louise Adams. 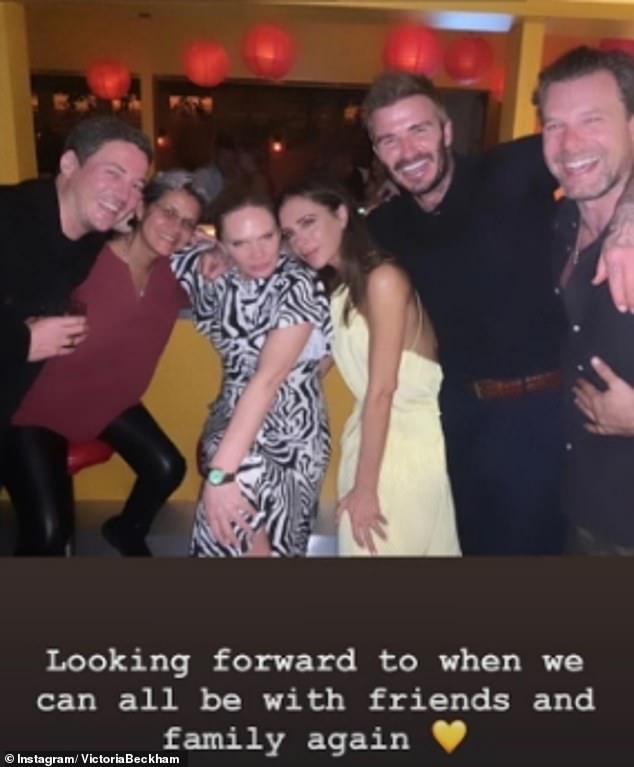 Reminiscing: Victoria Beckham posted an image of her friends and family, including sister Louise Adams (centre left) on Instagram on Sunday

The former Spice Girl captioned the image: ‘Looking forward to when we can all be with friends and family again.’

The post comes after a social media silence for the star after she received criticism for furloughing 30 staff at her struggling fashion label, despite having a staggering family fortune of £335 million.

It means she was taking advantage of a Government emergency scheme to claim what was estimated to be tens of thousands of pounds of taxpayers’ money. 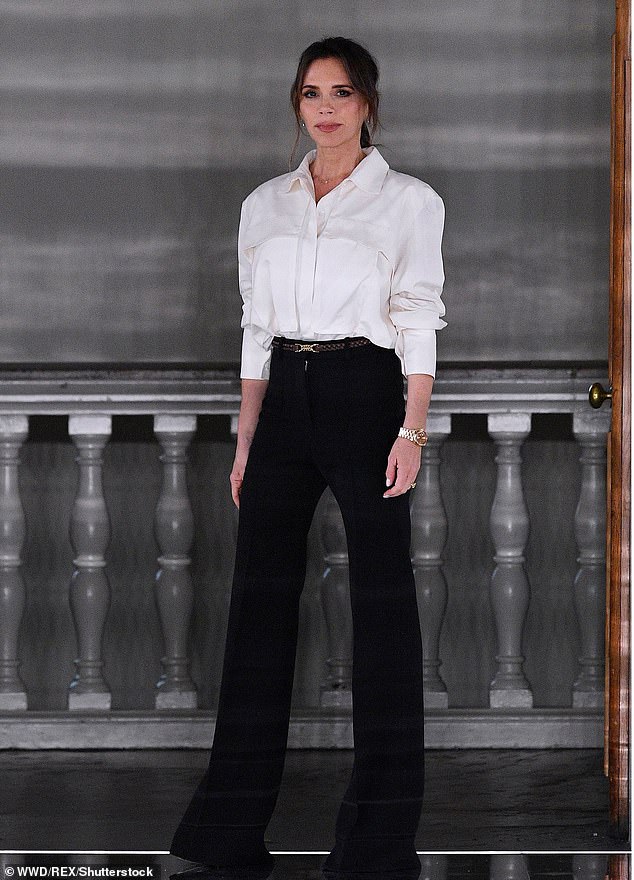 Hitting the headlines: The fashion designer has been fiercely criticised for her decision to furlough her staff despite her family possessing a fortune of £335 million

After the scandal broke, her public relations team advised Victoria to hold back on boastful Instagram pictures in a bid to soften her image.

In previous days, there had been a constant supply, with the couple making public videos of themselves baking or designing tie-dye T-shirts with their daughter Harper.

But Sunday’s post marks a return to the more personal photos she had been sharing beforehand.

The controversial business decision attracted a number of comments, including comedian Ricky Gervais, who ‘liked’ a comment on social media which said: ‘The f****** Beckhams, sorry I’m done with them now. Shame on them.’

And then Piers Morgan weighed in after the Beckham family spokesman justified the decision to get taxpayers to fork out 80 per cent of the wages for 30 of her staff by saying: ‘Having assessed all our options, we made the decision to furlough a proportion of staff on an enhanced package.’

Piers said Victoria’s business was only a vanity project, adding: ‘Lost money year after year. Been bailed out by her famously rich husband David Beckham. Sorry, this furlough scheme was not for prima donna millionaires like you.’

Earlier this week Good Morning Britain co-host Susanna Reid, 49,  explained that Victoria is reportedly forgoing her own salary and donating to food banks and asked what more she should do. 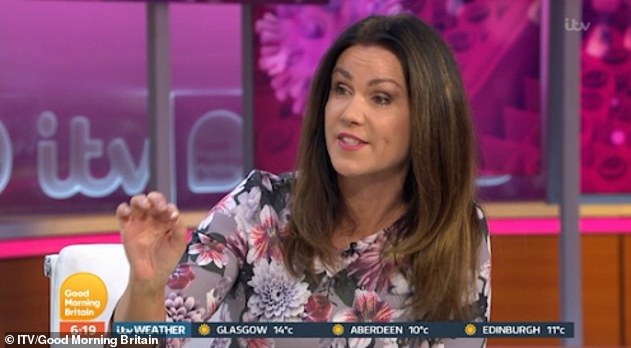 Questions: Last week GMB host Susanna Reid, 49, explained that Victoria is reportedly forgoing her own salary and donating to food banks and asked what more she should do

She also said that it was the government’s job to make guidelines clearer and Piers said it’s not their job to ‘give people a moral compass.’

Yet Susanna questioned why Piers was singling out the Beckham family, when there are no doubt lots of others businesses owners this could apply to.

Victoria is currently isolating with her family in their country pile in the Cotswolds, after heading there before lockdown with David and their children.

They have been joined by Romeo, 17, Cruz, 15 and Harper, eight. However their eldest Brooklyn, 21, is holed up with his girlfriend Nicola Peltz in Los Angeles. 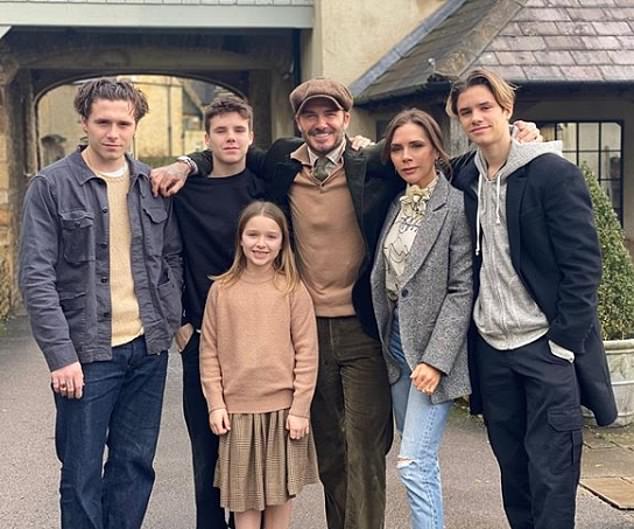 Family: Victoria is currently isolating with her family in their country pile in the Cotswolds, after heading their before lockdown with husband David and three of their children