His one and only! Wells Adams revealed that the coronavirus quarantine has only strengthened his love for fiancée Sarah Hyland.

“If anything it’s, like, reconfirmed that I made a good decision,” Adams, 35, told Us Weekly exclusively on Friday, May 1, while promoting his upcoming stint on the new season of Worst Cooks in America. “I mean, it’s obviously been — this whole thing has been scary and anxiety-ridden just because you don’t know the future — but it’s been nice spending a lot of time with her.”

The former Bachelorette contestant added: “If this had never happened, I would have been working on a different project and then [Bachelor in] Paradise. I would have been gone for basically the entire summer. So, you got to silver-lining this thing or glass half-full. It’s been nice to get to spend a bunch of time with my fiancée.” 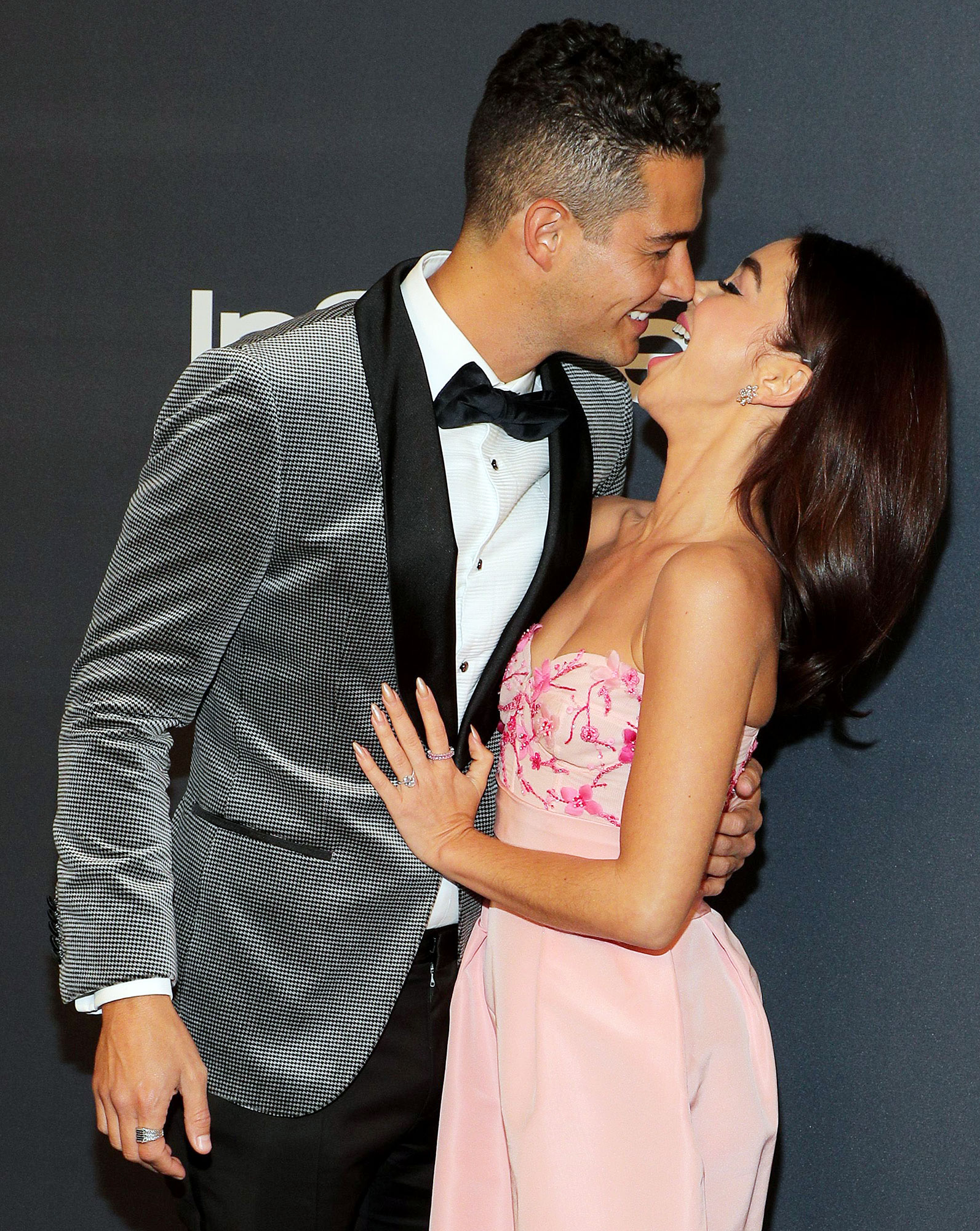 The California native, who proposed to Hyland, 29, in July 2019, admitted that quarantine has felt like a “simulation” or a “test” to see if the couple is destined to tie the knot.

“If we can get through this then we should be getting married,” he explained to Us. “Weirdly enough, we quarantine really well together.”

The Bachelor in Paradise bartender and the Modern Family alum have “only been in one fight” while stuck together at their L.A. home, and it only happened because Hyland “stole the last piece of the puzzle.”

“It’s been probably easier than most, but we don’t have kids,” Adams admitted. “I think if you have kids then it sucks so hard.”

One interesting fact the “Your Favorite Thing” podcast cohost has learned about his love while being together 24/7 is that “she looks exactly the same” without getting her nails done or her hair being kept up.

“She’s beautiful both ways but, like, one’s much cheaper and much more fiscally responsible,” he joked about his bride-to-be’s low-maintenance quarantine style.

When it comes to when the lovebirds will tie the knot, the couple have yet to finalize the details. The COVID-19 postponements have not altered their future nuptials, because they hadn’t set a date, but it did stall the planning phase.

“We hadn’t even gotten to the point of planning anything really,” Adams said. “So it didn’t — I think it’s put a hold on us planning the wedding really.”

Adams revealed that there are dance lessons in his future when it comes to his big day. “I have been informed that we’re going to have to learn something,” he said, noting the couple’s dancer friend is “going to have to teach us some things” before the wedding.

Worst Cooks in America premieres on Food Network on Sunday, May 10, at 9 p.m. ET.