It looks like Justin Bieber has a bone to pick with the media after accusing them of failing to catch his good side. The “Peaches” singer took to his Instagram Stories on August 4 to slam publications at large for continuing to use images from when he was suffering from Lyme disease in 2019, per Page Six.

“I’m still in shock we are still using these photos of me, I’m telling you media wants to pick bad photos of me to make it look like I’m not okay,” Bieber wrote on a screenshot of a news report with a photo of him looking scruffier than we’re used to. “There have been countless photoshoots and [opportunities] for media to pick up other photos but they still run with this one to make me look sick and unwell, it’s not right,” he added.

Just last year, the artist opened up about his Lyme disease diagnosis in his docuseries, “Justin Bieber: Seasons,” and explained how the condition affected his appearance. “While a lot of people kept saying [Bieber] looks like s–t, on meth, etc. they failed to realize I’ve been recently diagnosed with Lyme disease,” he wrote on social media at the time, per Page Six. He also shared that he had “a serious case of chronic mono” that affected his “skin, brain function, energy, and overall health.” Keep scrolling to see what else Bieber has to say about the media using photos from the tough period in his life.

Justin Bieber is over seeing 'disheveled' photos of himself 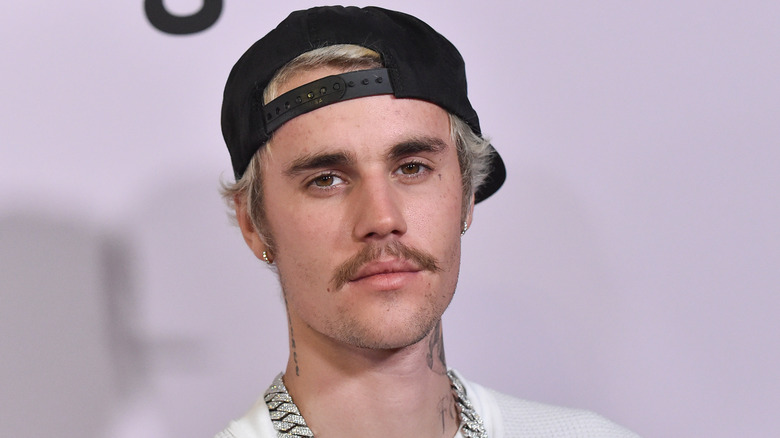 This isn’t the first Justin Bieber has called out the media for continuing to use poor photos of him. Back in November, he shared a video with fans of a Google search for his image to illustrate how the unflattering pictures of him are front and center despite the countless other photos Bieber has provided from photoshoots and red-carpet events.

“I don’t know what the algorithm is for why certain photos come up,” he said on his Instagram Stories at the time, adding, “But this is so frustrating considering that I took a lot of time to get healthy and I feel as though people try to legitimately sabotage me.”

“This was a time where I was really unhealthy,” he continued. “I was battling Lyme disease, right? All of the top photos are me looking disheveled, right? I was obviously going through a tough time, but it’s like, these are the photos that the media tries to run with.”

Although he said he took up his grievances with the media themselves, claiming he’s asked outlets to swap out the old photos, he seems to think that they don’t want him to succeed.”Understand that there are people in your life that don’t want you to thrive, and sometimes that is a hard pill to swallow,” he said at the time. “Sometimes the people you love the most will be jealous of you. All we can do is forgive them and set the appropriate boundaries.”