Angelina Jolie is an actor, director, activist, and mom to six kids. She’s a fierce mama bear who recently opened up about the surgery her 16-year-old daughter Zahara had in early 2020. Jolie wrote an essay for Time in March 2020 that mentioned the surgery, but she’s now sharing more about the experience to shine a light on biases in the medical field.

“I have spent the last two months in and out of surgeries with my eldest daughter, and days ago watched her younger sister go under the knife for a hip surgery,” Jolie wrote in the 2020 essay, praising her daughters for taking care of one another. “They understand that going through medical challenges and fighting to survive and heal is something to be proud of.”

Zahara has recovered from that surgery, but Jolie is now opening up about the experience and how it opened her eyes to biases in health care. Keep reading to learn more. 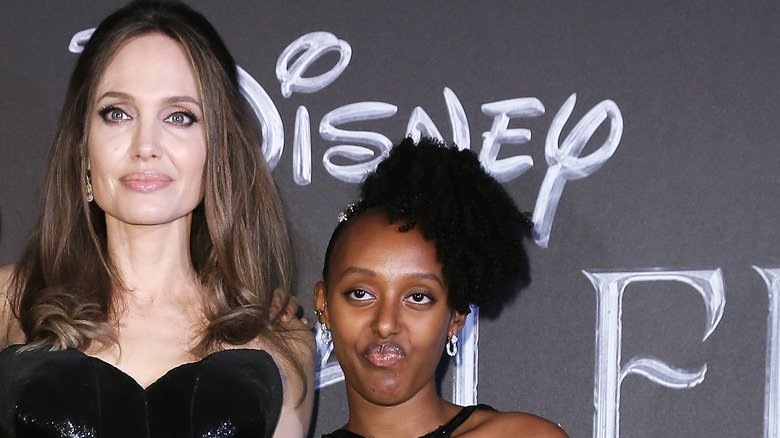 In a new interview with medical student Malone Mukwende for Time, Angelina Jolie said, “I have children from different backgrounds, and I know when there was a rash that everybody got, it looked drastically different depending on their skin color.” She continued, “But whenever I looked at medical charts, the reference point was always white skin.” Mukwende, likewise, found a big problem with current medical teaching. Almost all of the images used to train doctors showed white patients.

Addressing her daughter’s 2020 surgery, Jolie said to Mukwende, “Recently my daughter Zahara, whom I adopted from Ethiopia, had surgery, and afterward a nurse told me to call them if her skin ‘turned pink.'” But on darker skin tones, those symptoms wouldn’t present the same way — something Zahara’s doctors apparently didn’t take into account.

“Medical symptoms can present very differently on Black and brown skin, leading to misdiagnosis, suffering and even death,” Jolie wrote in the introduction to her interview with Mukwende. The medical student has created a handbook, Mind the Gap, to show how physical symptoms may look on various skin tones. Hopefully, Jolie shining a light on the issue of medical bias will help inspire change.