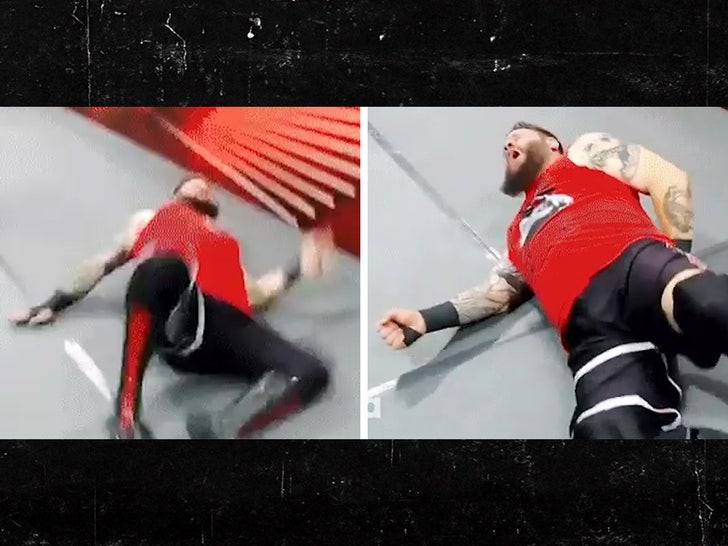 There was absolutely nothing scripted about the pain Kevin Owens felt after botching a front flip Monday … ’cause the WWE superstar said his body hurt like hell after he violently bounced it off the ground during a match.

Owens was wrestling Bobby Lashley at the “RAW” event St. Paul, MN. … when he tried to leap from the ring and flip into his opponent.

The problem? Lashley cleared out of the way well before Owens arrived — sending the 6-foot, 266-pound wrestler crashing into the floor.

You can see in video of the failed move, Owens hit the deck HARD — landing right on his lower back/tailbone.

“I often get asked what hurt me the most throughout my career and there’s 2 specific things that always come to mind,” Owens said. “but as of last night, there’s a new answer to add to that list because for some reason, this absolutely destroyed me.”

To add insult to injury … the 37-year-old went on to lose the match to Lashley.

BTW, if you were wondering — the other two moves that Owens says hurt him badly both also consisted of him being hit in the back.

Check out the clips Owens shared of those moves. Yeah, definitely don’t try those at home.