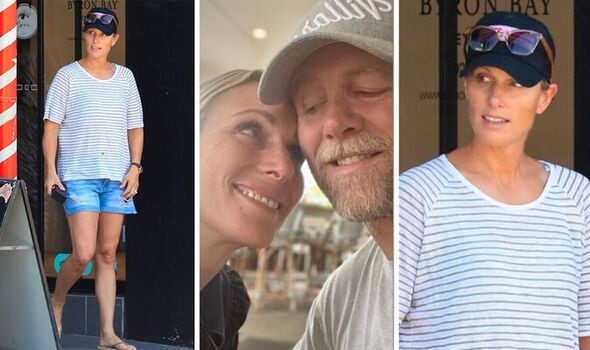 Zara Tindall, 41, the daughter of Princess Anne and wife of Mike Tindall, was spotted around the trendy Byron Bay area on Friday.

Zara Tindall, 41, the daughter of Princess Anne and wife of Mike Tindall, was spotted around the trendy Byron Bay area on Friday.

The royal stepped out in a casual outfit as she browsed luxury fashion boutiques in a baggy striped shirt, ripped jean shorts, flip flops and a baseball cap.

Zara showed off her newly earned tan after spending a few days in the Australian sunshine.

She was spotted on her shopping spree just hours before Mike was eliminated from the competition on Friday evening.

Ultimately Jill Scott went on to win the series, and at the wrap party Mike was spotted getting chatty with Jill’s fiance Shelly Unitt.

She was pictured enjoying a quiet and relaxed shopping trip.

Zara went without any makeup and showed off her tanned complexion.

She joined Mike Tindall on the iconic I’m A Celebrity bridge as he voted off the show.

On his Instagram, Mike wrote: “Reunited! Back to normality and time to eat! Thanks for all the kind messages! It was a blast!”

Zara and Mike attended the wrap party together

Zara wore a statement green dress while Mike opted for a vacation-esque look with white pants and a palm tree patterned shirt.

Mike was tantalizingly close to the jungle crown

Mike placed fourth in the competition while his fellow sportsperson Jill Scott took home the crown.