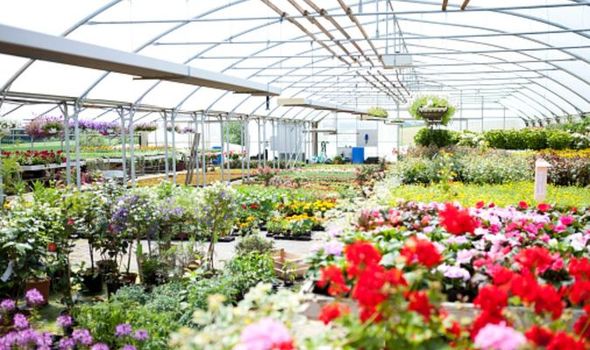 The closure of 2,000 garden centres and nurseries due to the nationwide lockdown comes at the worst possible moment for producers at the beginning of the peak March-to-June planting season. Hundreds of nurseries and growers, many of them family businesses, face ruin as the market for seasonal plants is shut down at the busiest time of year when people normally flock to outlets to restock their gardens. Seventy percent of bedding plants are sold at this time. Because many of the plants are seasonal and perishable they will have to be binned.

The Horticultural Trades Association says the value of lost sales in the UK will reach £687million by the end of June.

It says about 650 businesses across the UK contribute £1.4billion to the economy each year, employing more than 15,000 people directly and almost 30,000 in related businesses.

Damage Both Alan and the HTA are appealing for Government subsidies for the sector, which grows bulbs, bedding plants, cut flowers and pot plants for garden centres, supermarkets, florists and DIY stores.

TV presenter Alan described the “heartbreaking stories” of “an industry that is going to be brought to its knees” and warned of “irreparable damage” to gardens and open spaces.

He said: “This three-month period is what the industry is all geared for.

“Firms are going to go out of business because they can’t weather the debt.”

He said many of the annual plants that are grown for this one season would have to be thrown away. “There’s nothing that can be done for them if they can’t sell,” he explained. “They are useless.”

He also pointed out that now, more than ever, gardening is helping people’s mental wellbeing. He added: “These growers fuel the green world, for pollinators, insects, wildlife, these plants which can’t get out there this summer make such an important contribution.” 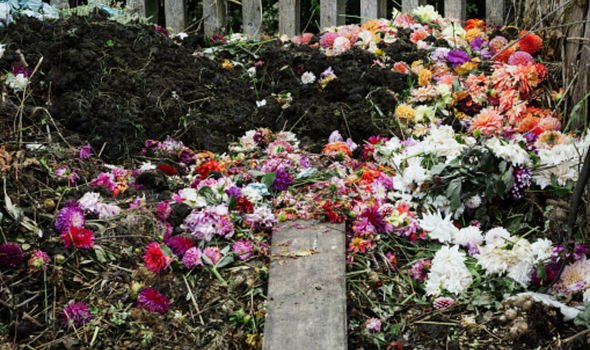 Alan said: “Hundreds of nursery owners and growers are facing huge losses of plants and revenue.

“This means not only a loss of billions of pounds to the UK economy and of thousands of jobs but, more than this, it will decimate an industry that will be unable to recover for the foreseeable future.

“I urge the Government to put in place a rescue package. Without it, our gardens and open spaces will suffer irreparable damage.”

Half a billion plants and the livelihoods of thousands of people in UK horticulture are the latest economic victims of the coronavirus crisis.

Set out end to end, the 500 million plants would stretch halfway around the planet. They should be bringing joy and colour to our gardens, allotments and streets. Instead, they will be dumped on huge compost heaps at nurseries the length and breadth of Britain.

For many workers, it will be their last task before their firms go bust. Not only will thousands of jobs be lost in this green apocalypse but an entire industry will be decimated, leaving us almost entirely reliant on European growers in the future.

If an airline grounds its aircraft, it might lose ticket sales, but the infrastructure – the planes, the hardware, the engineering – all remains to be brought back into use.

For a nursery with hundreds of thousands of pounds tied up in seasonal sales, it will be like losing the planes, too. And there is no way back. There is a very real danger that an entire strata of industry will be wiped out.

Nurseries have been an essential part of British life for more than 350 years and employ 15,000 people directly and another 30,000 indirectly.

Many of the more recent firms Plea…TV presenter David grew out of the Second World War and Winston Churchill’s plea to the nation to feed itself.

Many of the jobs are a lifeline for rural communities. Getting rid of the plants will be like closing Christmas for toy sales, except with toys, you can sell them next year. The coronavirus lockdown started in March and could, God willing, end by May – the very dates of the bedding-plant season. They can’t be saved or sold later.

The Government should confirm that it is OK for supermarkets to sell them. They shouldn’t be panned as non-essential items – gardening is good for physical and mental health. And while supermarkets have shown they’re able to manage customers safely, garden centres should be allowed to do the same. The Horticultural Trades Association has also asked the Treasury for support. It is awaiting a response. Britain is a nation of gardeners and this most vital part of our economy, and lives, must be protected at all costs.