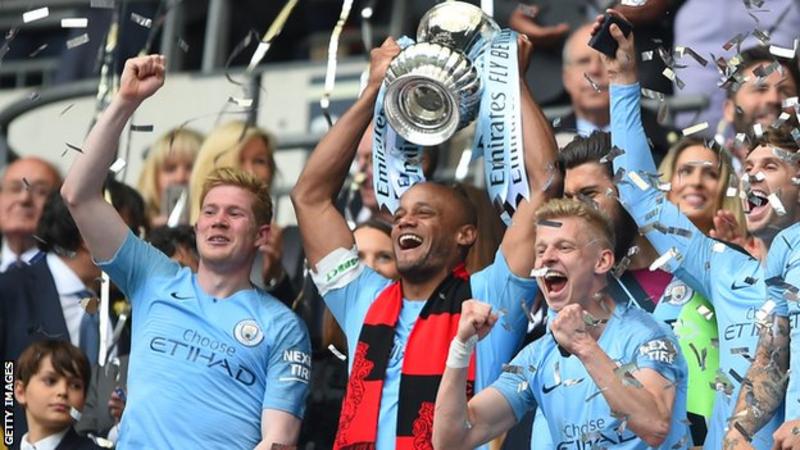 This season’s FA Cup final will be renamed the Heads Up FA Cup final to raise mental health awareness, says the Football Association.

Title sponsor Emirates has agreed to the name change for the final, which is scheduled for 1 August at Wembley.

The Dubai-based airline has sponsored football’s oldest knockout competition since 2015.

FA president Prince William says the final can be “a moment to promote good, positive mental health for everyone”.

The Duke of Cambridge has been at the forefront of a season-long campaign around mental health with the FA working alongside a group of charities in the Heads Together initiative.

The work aims to encourage football supporters to speak about their problems or support a fellow fan.

He added: “It’s quite timely bearing in mind what we’ve all been through with this pandemic [Covid-19].

“I think there’s going to be, sadly, a lot of repercussions from this in society, not just in football, in terms of people’s mental health.

“Hopefully the FA Cup can be a bit of a pivot that people can rally around.”

The quarter-finals of the competition, which was suspended because of the coronavirus outbreak, are currently set to take place on 27-28 June, with the semi-finals due on 18-19 July.