Changes are coming to the uniforms of more than one-fifth of the NFL teams in 2020.

According to Joe Reedy of the Associated Press, seven teams in the NFL will have changes to their uniforms for the 2020 season. Those changes will range from small tweaks to full makeovers, with two teams even getting new logos.

With the assistance of the always valuable Uni-Watch.com, here is a look at what we know already and what is rumored.

The Los Angeles Rams are getting new uniforms and have already unveiled new logos and tweaks to their colors. 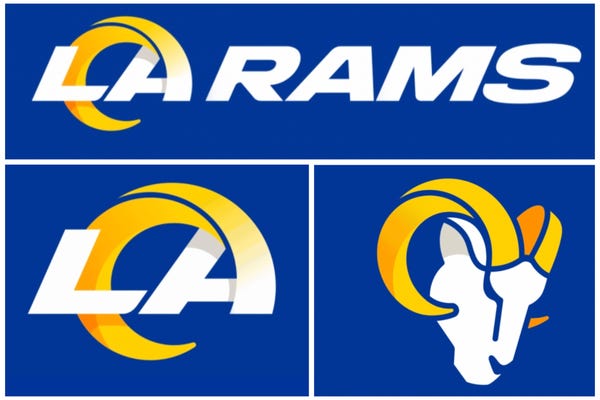 Here is how those logos are expected to look at their new stadium in Los Angeles. 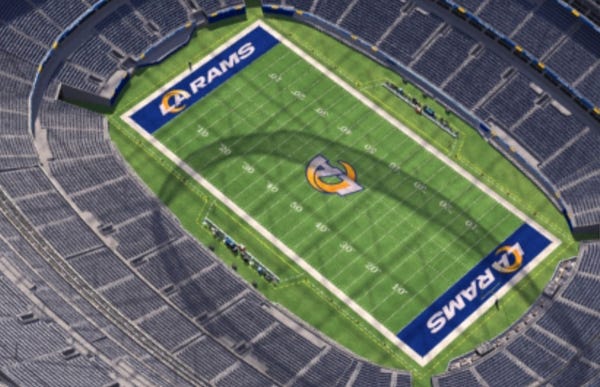 We have not seen the new Rams uniforms yet, but here is a look at what the helmet could look like with the new horns. 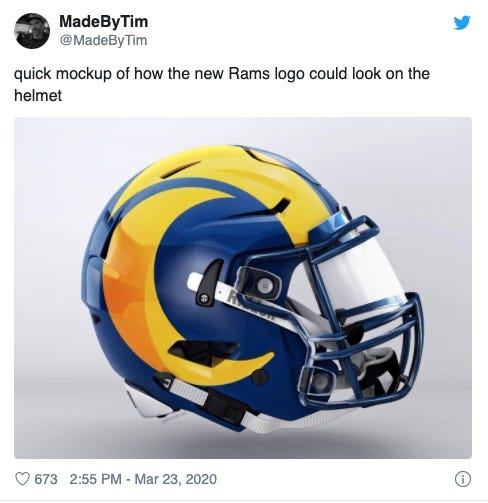 The Los Angeles Chargers will also have new uniforms and logos for their move to the new SoFi Stadium in Los Angeles. Like the Rams, the Chargers have already unveiled their new logo, which includes a flatter lightning bolt and no more navy outline. 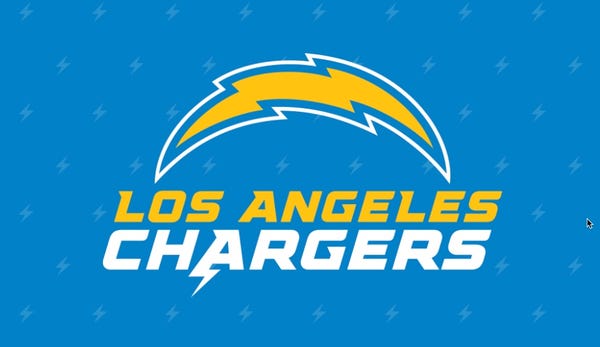 Here is a look at the outgoing logo with the navy outline. Presumably, the facemask will no longer be navy also. 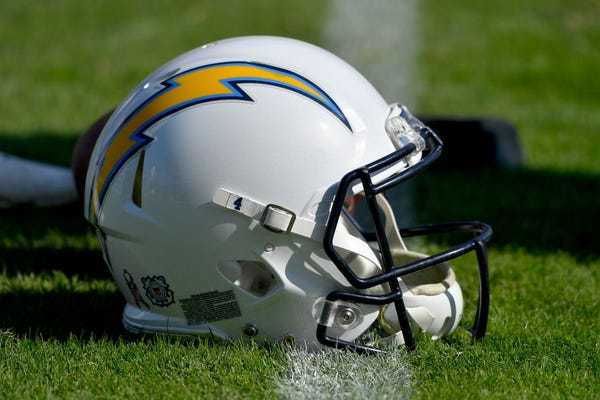 The Tampa Bay Buccaneers are expected to keep their primary logo but are getting new uniforms. It is believed that the new set will look a lot like the one they wore during their Super Bowl-winning season in 2002. 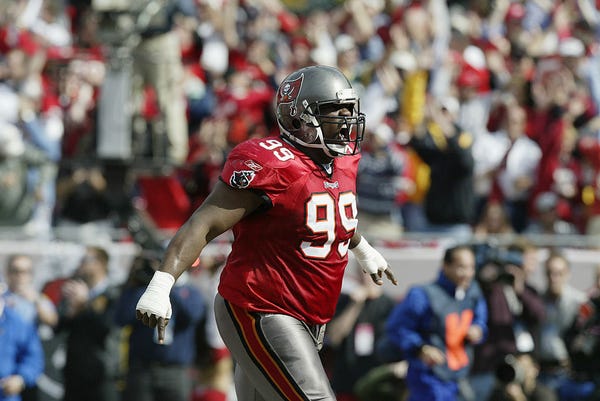 Paul Lukas of Uni-watch.com has seen the new uniforms and had a mock-up created. The big differences from the 2002 set are that there is no longer an orange outline on the numbers or orange stripes on the pants. Also, the pewter pants are not as shiny. 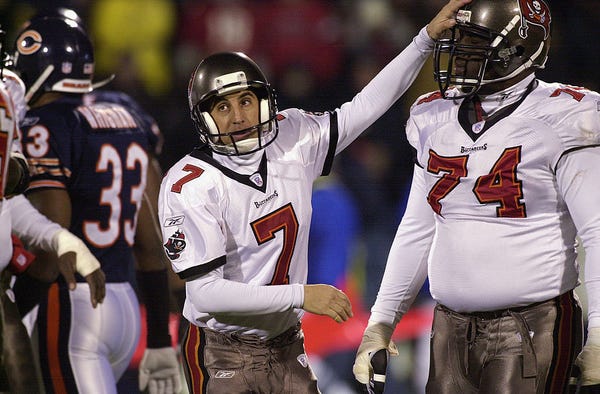 See the mock-ups at Uni-Watch.

The most notable change is that the Bucs are ditching the "alarm clock" numbers. 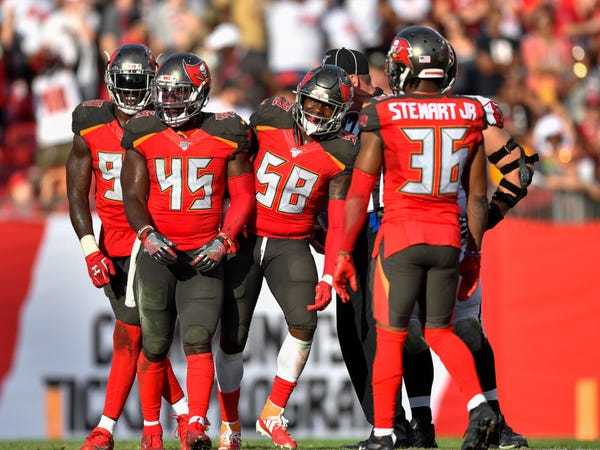 Lukas has not seen the new helmet but was told it is mostly the same, including the oversized logo. However, it is expected to have a black facemask and the pewter will more closely match the pants. 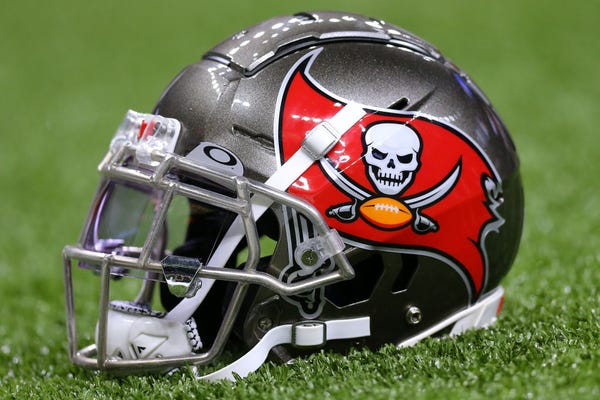 One thing the Bucs won't have in 2020 is throwback orange uniforms thanks to the NFL's one-helmet rule. However, head coach Bruce Arians said that would likely change in 2021. 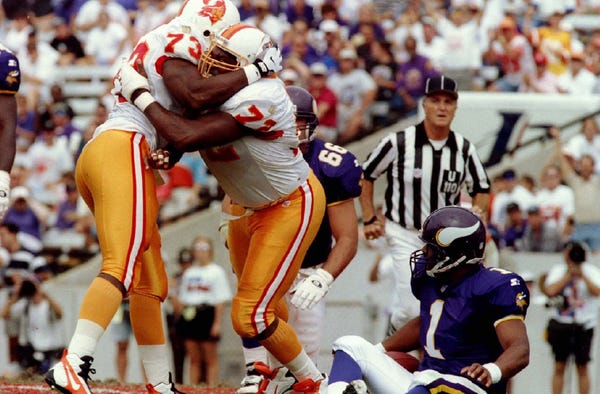 Little is known about the planned changes to the uniforms of the New England Patriots. Lukas speculates that it could just be a new alternate uniform that might be a throwback to the 1990s. 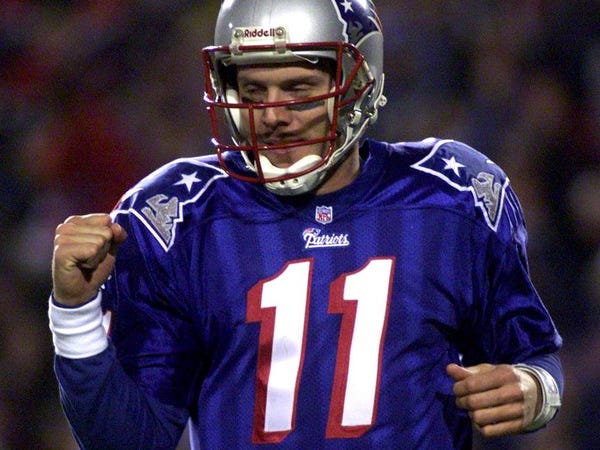 According to Reedy, there is no logo change planned for the Patriots, so they won't be moving back to their "Pat Patriot" logo and uniforms. 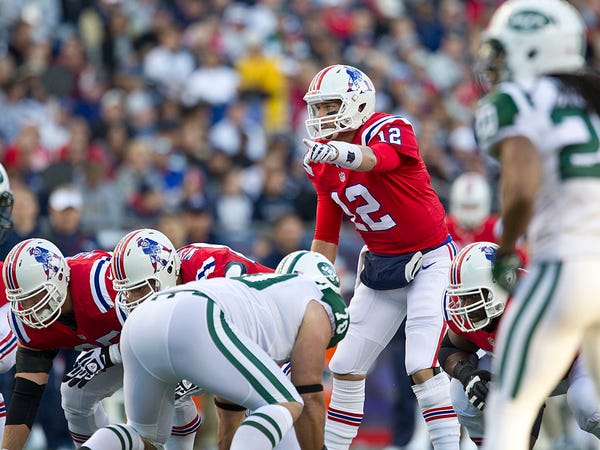 The Cleveland Browns are getting new uniforms. According to a source for Tom Withers of the Associated Press who has seen the new set, "they look like the Browns are supposed to look." The assumption is that the Browns will be going back to something more traditional. 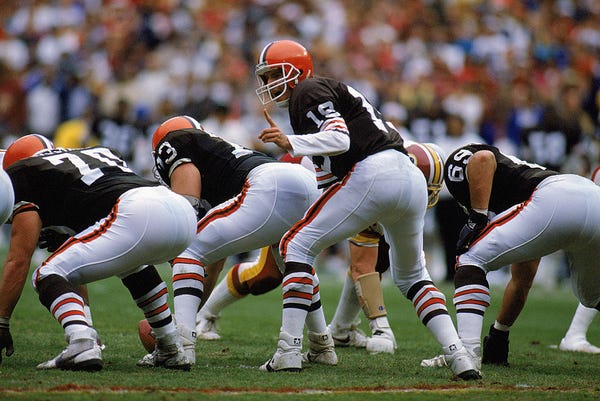 The Browns' current uniforms are anything but traditional. 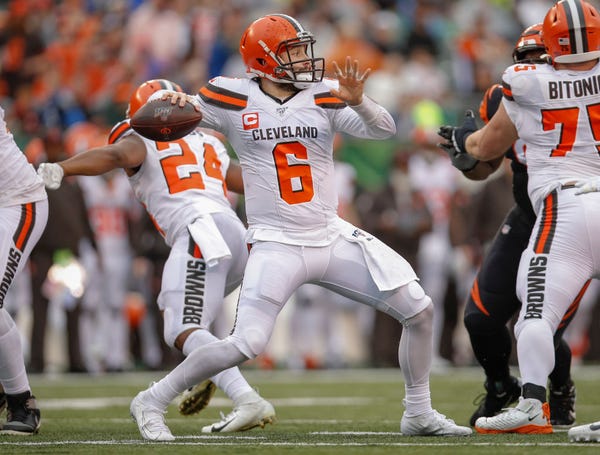 The Atlanta Falcons announced they will have new uniforms for the 2020 season. However, all we know so far is that they are keeping their current logo, according to Reedy. 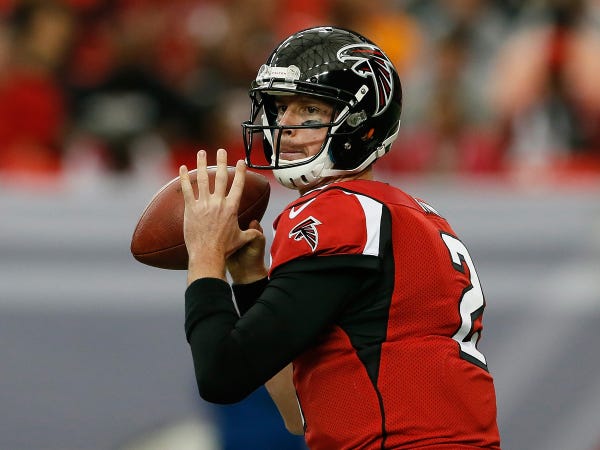 According to owner Arthur Blank, the new uniform set will "represent [the fans] and reflects Atlanta's culture, pride and unity." Like the Browns, there is some speculation that the Falcons' new uniforms will have a more traditional look. 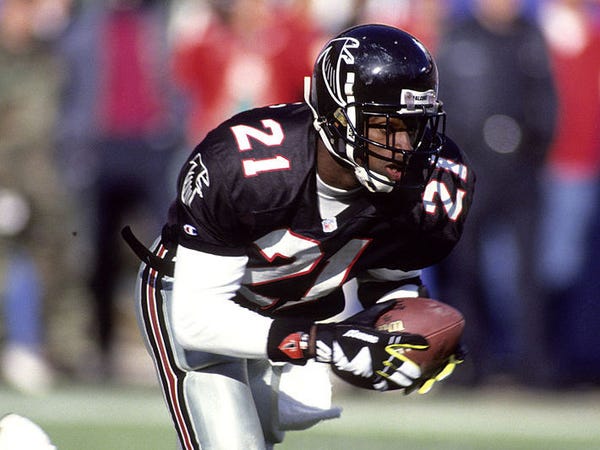 Little is known about the Indianapolis Colts' changes, but according to Reedy, their uniforms and logo are getting "tweaks." 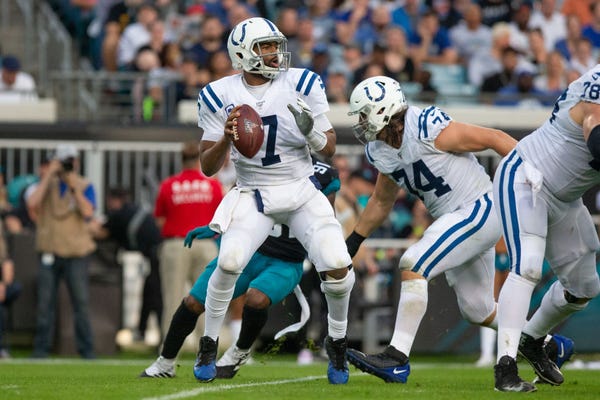 One possibility is changing the size of the logo on the helmets. From afar, one of the openings on the popular Speed Flex helmets blends in with the logo making it look like it has a tail of sorts. 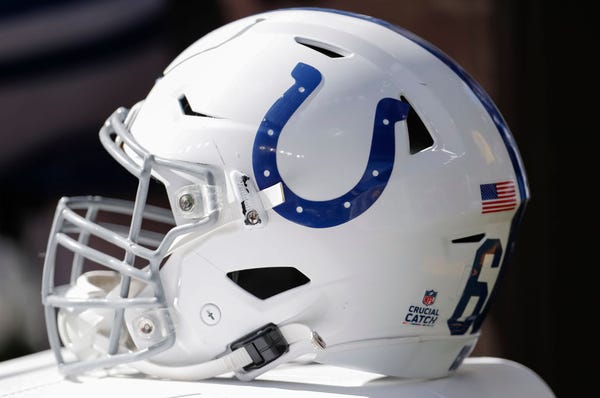 Now check out how the relationship between Tom Brady and Bill Belichick ended in divorce despite so much success. 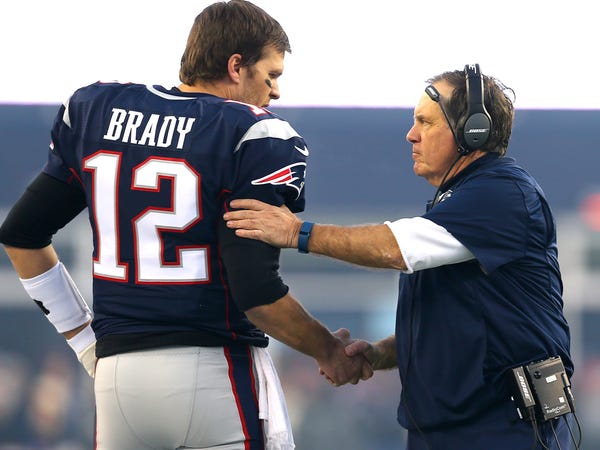 Inside Tom Brady and Bill Belichick's 20-year 'business' relationship, which produced the NFL's greatest dynasty and came to an abrupt end