EXCLUSIVE: Season two of mythological fantasy animated series The Legend Of Hanuman is making waves in the competitive Indian streaming market, having topped all other shows and movies on paid VOD services over the last week, according to Mumbai-based consultancy Ormax Media.

Ormax’s figures estimate that the show has attracted 8.5 million viewers in its first 10 days, a sizeable number that puts it right up there with the most successful streaming content in the country over the last year.

The company predicts that Hanuman will cross the 20 million mark, a feat only achieved by five series in total across the last 12 months, one of which was The Legend Of Hanuman season one, while the other four were all high-profile live-action series based on existing franchises. No other animated show on paid streaming platforms in India had previously crossed the five million viewers mark, according to the company’s data.

“It’s an amazing milestone for original Indian animation and we are humbled by the response,” says Sharad Devarajan, co-founder of New York-based Graphic India. Devarajan is one of the biggest names in comics and animation working between the U.S. and India, having collaborated with Spike Lee to create one of the first Indian superheroes, Chakra the Invincible, and also having created Baahubali: The Lost Legends, the animated spin-off of the mega-blockbuster Indian film series.

The market for animation appealing to audiences beyond young children is nascent in India, and the proliferation of streaming services and original content over the last few years has created an ecosystem where standing out is extremely challenging. Devarajan pegs the success of Hanuman down to several factors.

“The Disney brand is synonymous with animation, and I have no doubt that this association had an enormous impact on the show’s success,” he posits. “To have this be launched on Disney+Hotstar as their first animated Hotstar Special is an amazing responsibility and honor we all took very seriously.” 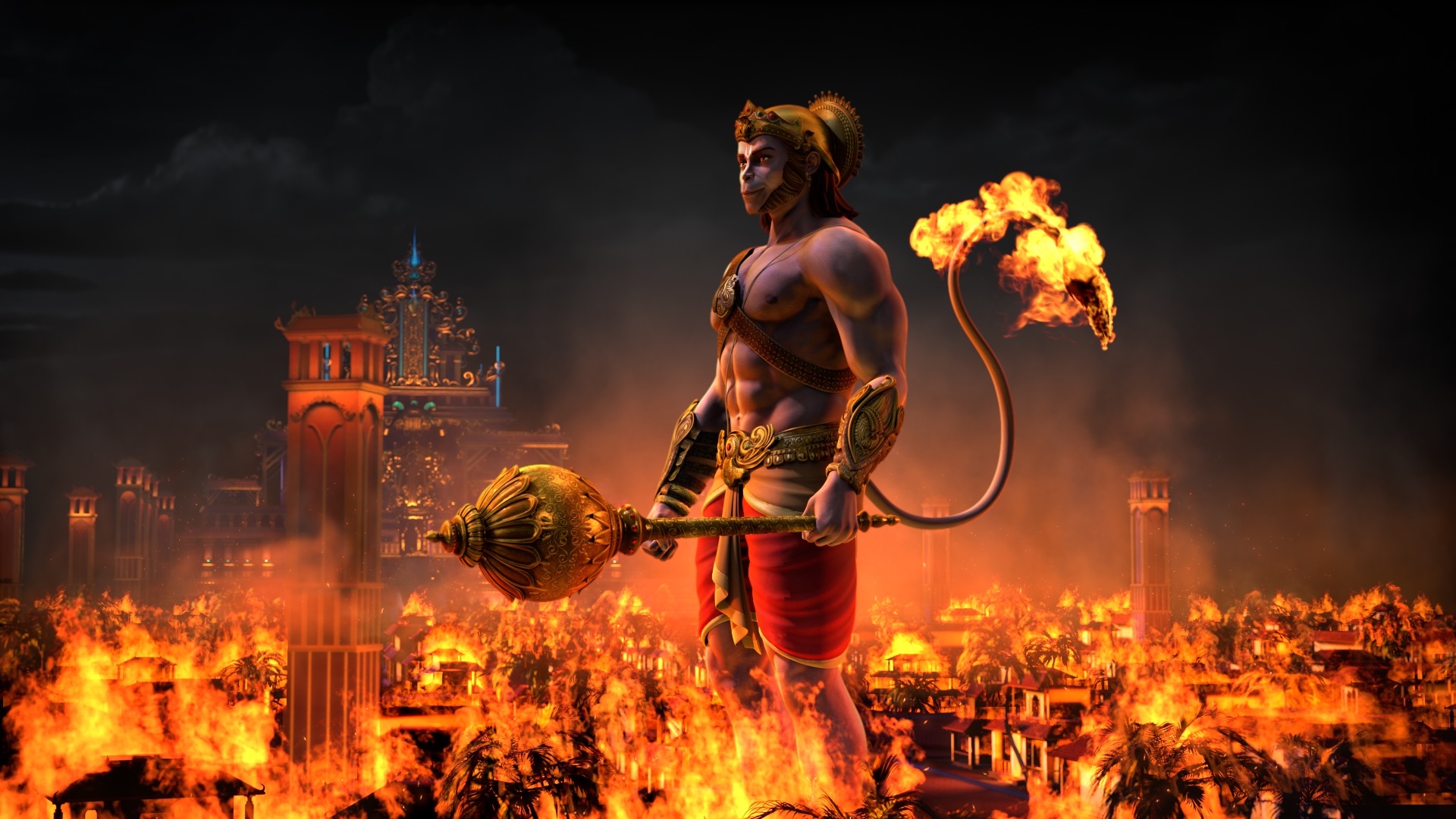 “Hanuman is the quintessential Indian hero whose legends and stories have inspired over a billion people, including myself,” he explains. “However, most previous live action film and TV versions of the Indian myths have all been limited in their production ability on being able to show the vast visual world of mythical beings… we were able to portray that visually, through high quality, immersive animation, for the first time.”

Devarajan says he looked to Japan for inspiration. “In the same way filmmakers like Hayao Miyazaki redefined anime with Princess Mononoke, our goal was to create a transcendent moment for Indian animation and make audiences experience the medium as a new form of sophisticated storytelling that does justice to the complex subject matter and deeply spiritual themes of our mythologies,” he comments. “One of our goals of the series was to make Indian audiences forget it’s an ‘animation’ and just be pulled into the story, the world and the characters.”

The Indian market is disparate and diverse – there are more than 121 languages spoken by 10,000-plus people in the country. One of the benefits of the animated medium is the seamless dubbing that can be achieved in multiple languages. Hanuman was dubbed in Hindi, Tamil, Malayalam, Telugu, Kannada, Marathi, Bengali and subtitled in English, which helped it find viewers among different parts of the population.

After the success, how are prospects looking for season three? “I know our team is very hopeful a season three will happen, but there is no news on that yet. Anyone who sees the last episode of season two will realize that creatively we are just getting started with this series and have a lot more of Hanuman’s story to tell. Hopefully we will,” says Devarajan.

Ormax measures data using its Stream Track tool. The company takes a survey of streaming audiences in India every week and projects the viewership numbers from that data. The company notes that it does not track viewers below 15, and does not encompass every language, so the actual numbers for Hanuman could well be higher.