Xherdan the sphynx cat has gone viral because of his terrifyingly piercing glare and wrinkly skin. Although he looks like he's out to steal some souls, owner Sandra Filippi from Rüti, Switzerland said he actually has a lovely character.

Filippi has had the six-year-old cat since he was 12 weeks, and he even has his own Instagram account with 23,700 followers.

She told Insider over email: "When I first met Xherdan, he immediately stole my heart. His wrinkled pink skin, as fine as a peach, his turquoise eyes, as blue as the ocean. I was in love!"

Although Filippi acknowledges some people find him scary initially, she said they end up loving him from the first meeting.

Admittedly he does look a bit like a brain, but these photos show a different perspective from his terrifying glare. He's kind of quite sweet like a regular fluffy cat— just hairless.

Speaking to Insider, Filippi said she first came across the Sphynx breed on the internet and was fascinated. 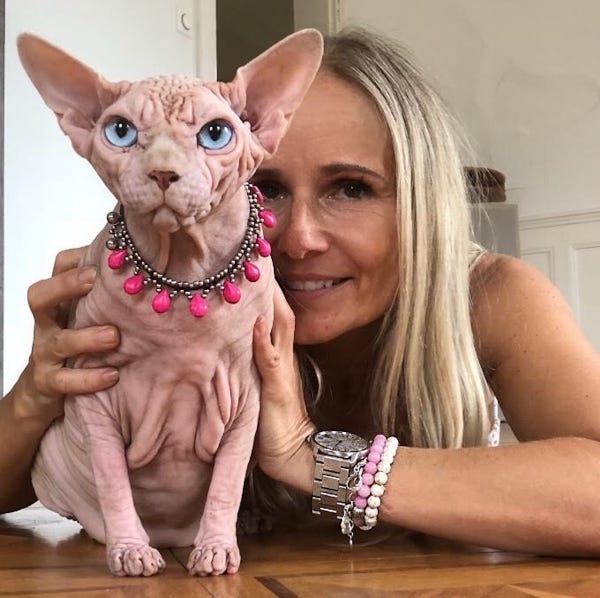 She commented that she fell in love with Xherdan right away when he was a kitten. 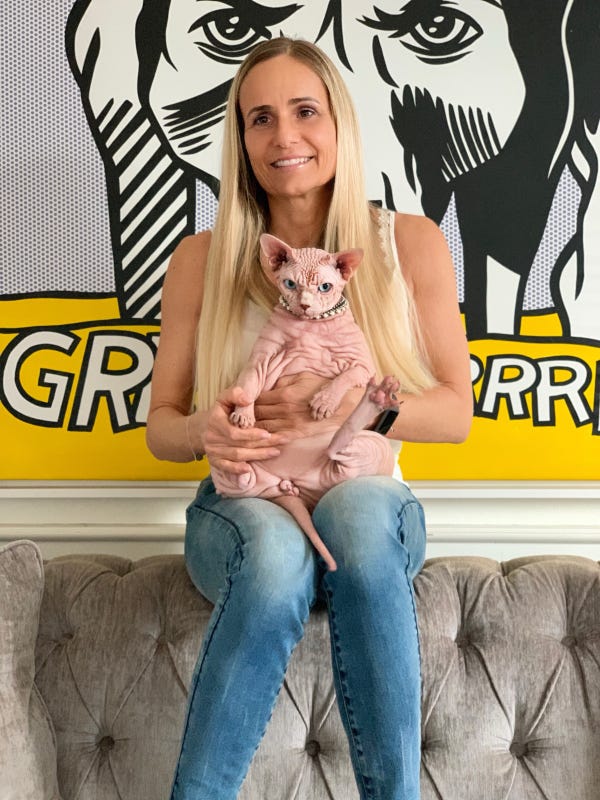 The family have two more sphynx cats, but they are both Don Sphynx while Xherdan is a Canadian Sphynx. 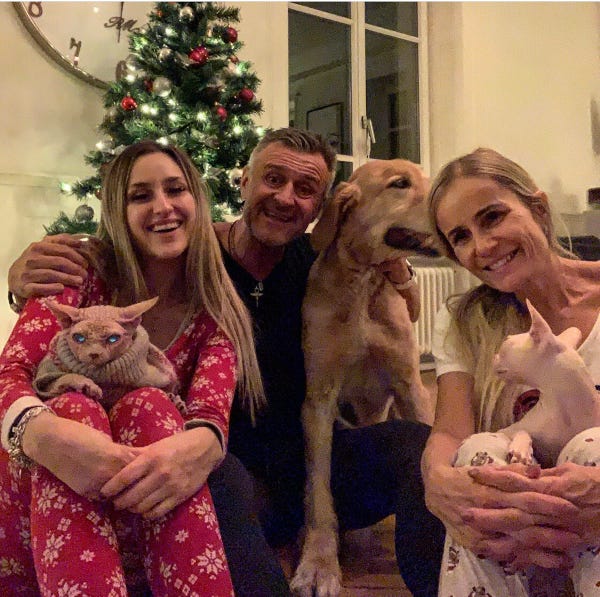 Filippi told Insider the difference between the two Sphynx types is that the Canadian Sphynx body is thinner, and there are not as many wrinkles … 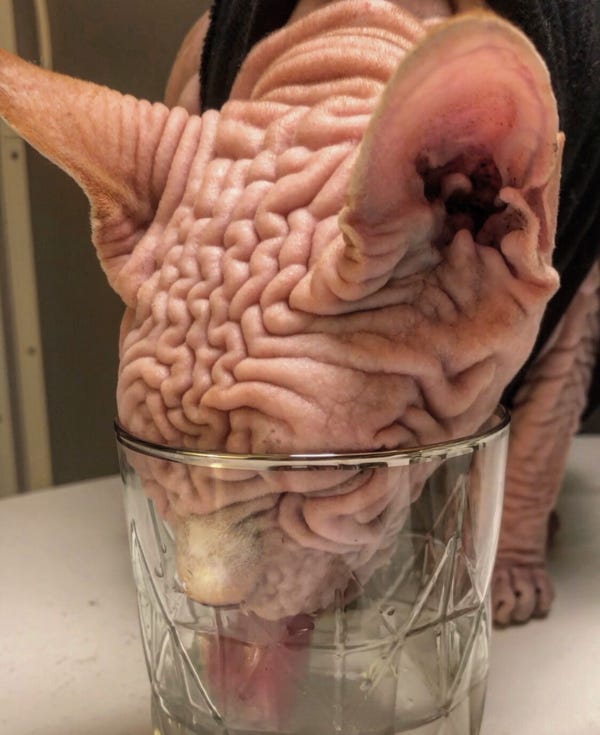 … and they have distinctive eyes. 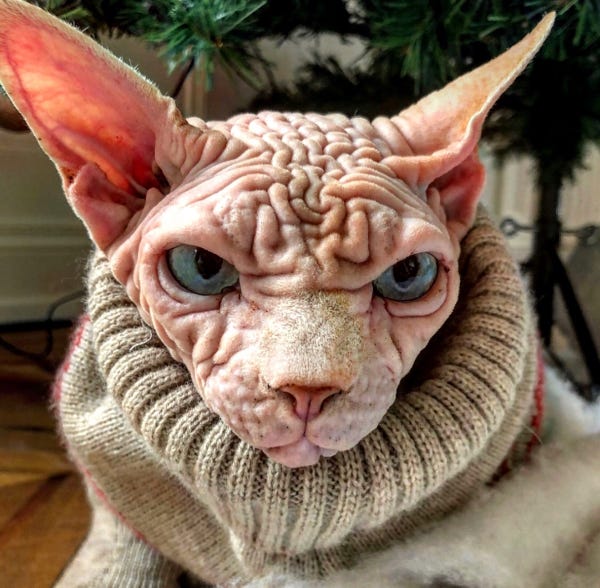 Filippi said they like to be around other Sphynxes, and "should always be kept in close contact with other Sphynx cats, otherwise they will wither away." 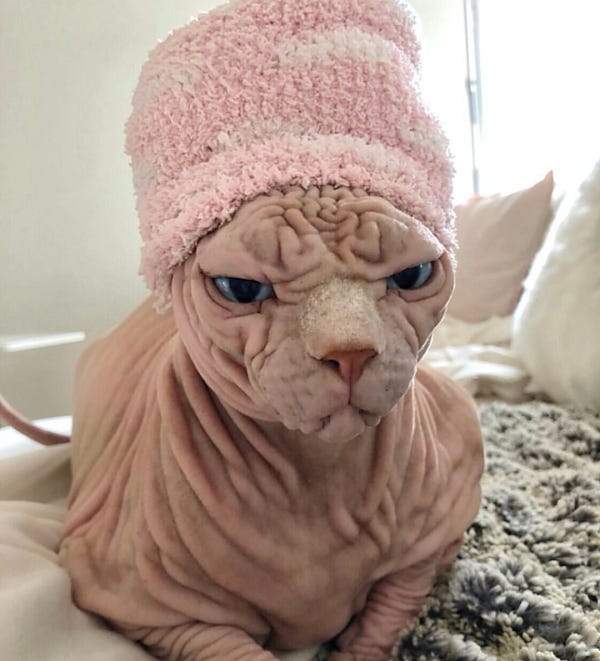 She added Xherdan watches everything and always wants to know what his humans are doing. 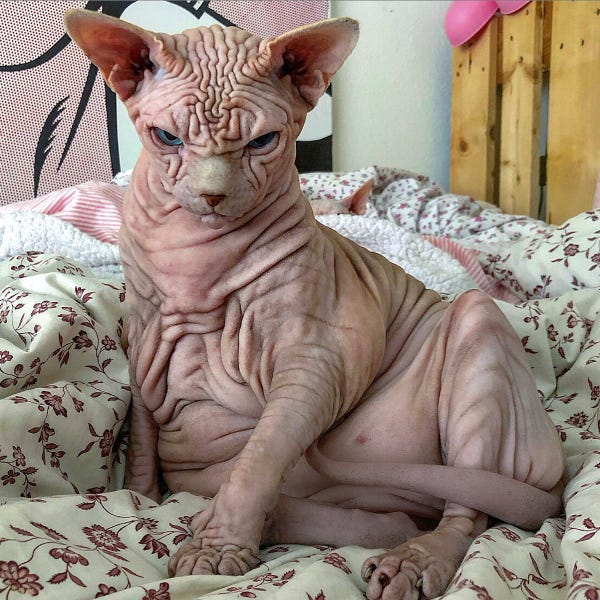 He can also spend hours sitting by the window watching birds. 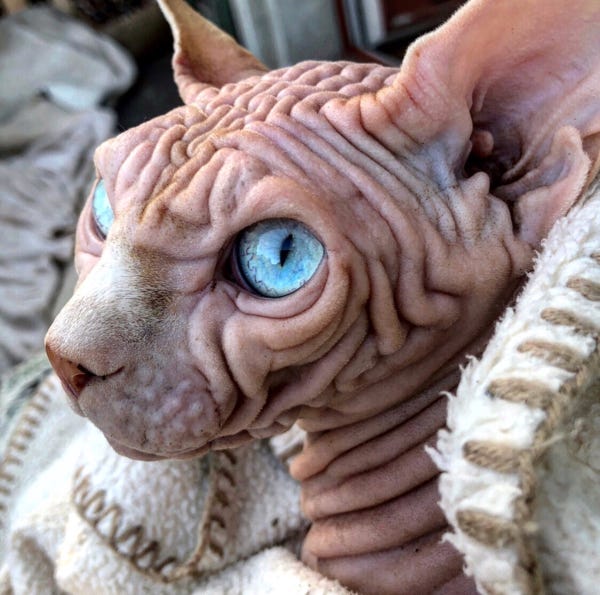 Filippi said: "He also speaks a great deal and in all pitches — when he is excited, when he is hungry, when he plays, or while cuddling and falling asleep." 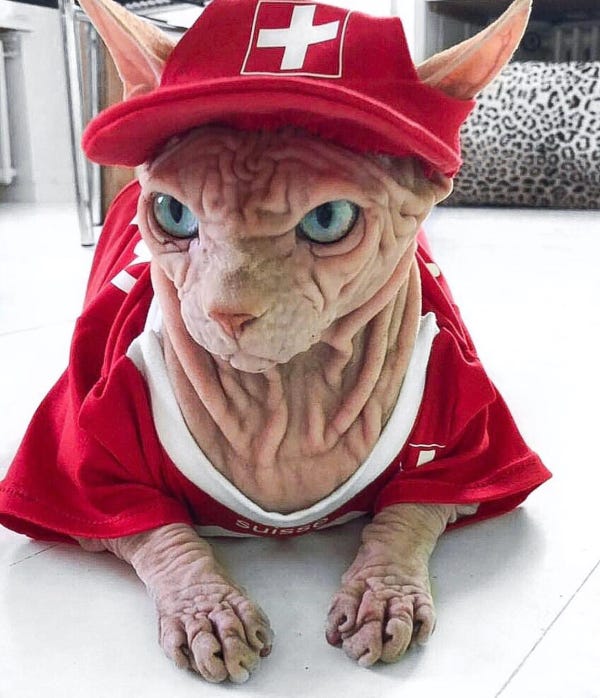 However, Sphynxes take up a lot of time."I regularly clean eyes, ears, and feet, even the claws you have to cut, sometimes he needs a shower but only if it is necessary," Filippi commented. 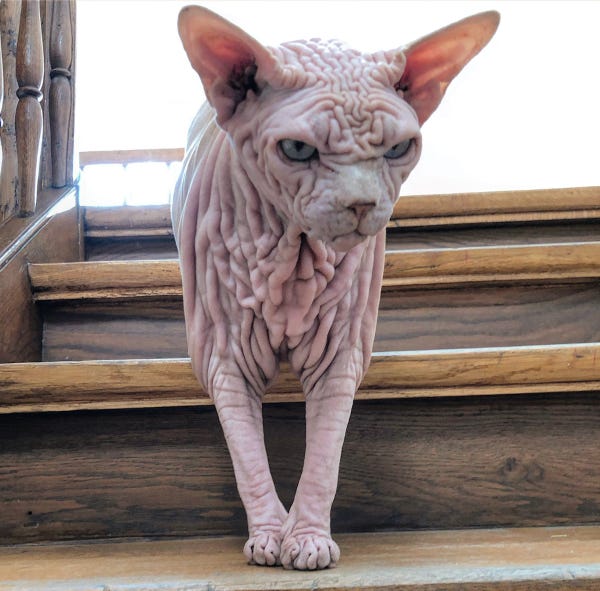 She said Xherdan is like a child, making people laugh all the time, and he has a lovely character. 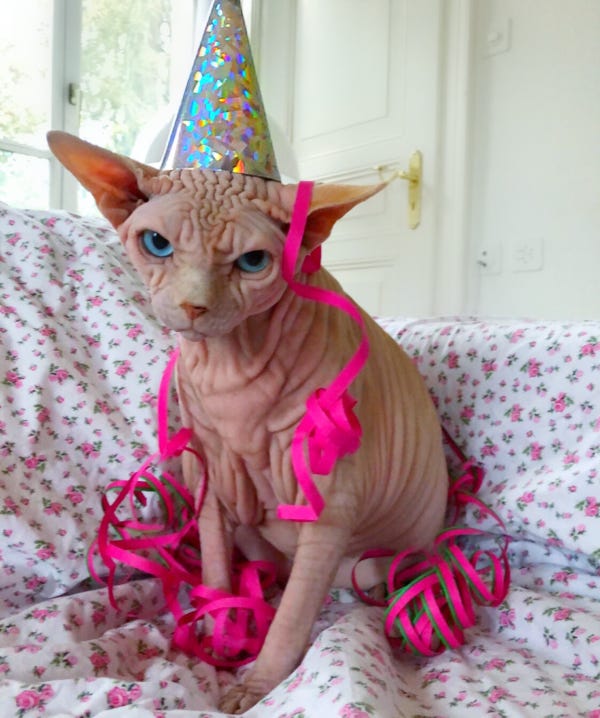 Filippi added most people are a bit scared of Xherdan, but after meeting him they are won over. 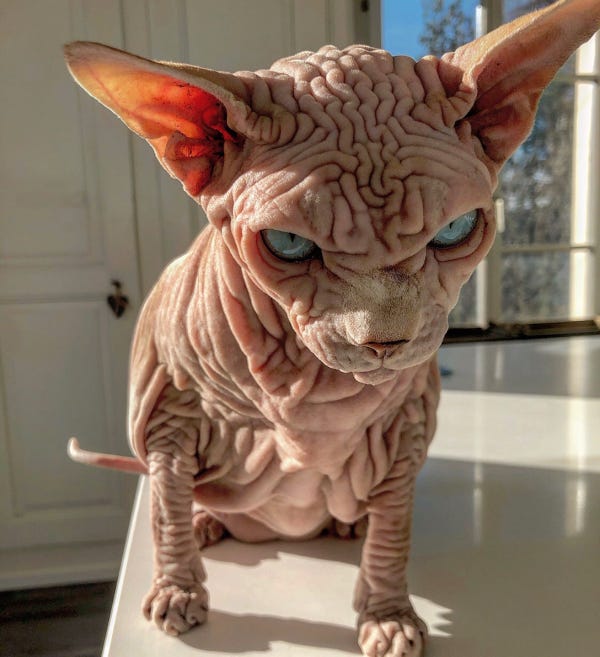