For centuries, scientists have queried whether the Universe is ours alone, but have so far found no definitive proof. The sheer size of the cosmos suggests that life is bound to exist elsewhere, but all of our calls have so far gone unanswered.

However, experts from Breakthrough Listen, an organisation which scans the stars in the hope of finding alien signals, believe extraterrestrial life is out there.

Lee Spitler, an astronomer from Macquarie University, told The Conversation’s ‘Trust Me, I’m an Expert’ podcast: “I think there’s a high likelihood that we are not alone in the Universe”.

Danny Price, a scientist for Breakthrough Listen, is confident they will “find something”, but admitted it may take a while.

He told the podcast: “There’s a small chance that we’ll find something – I think this is a long-term human endeavour. It’s something that we need to continue to do.” 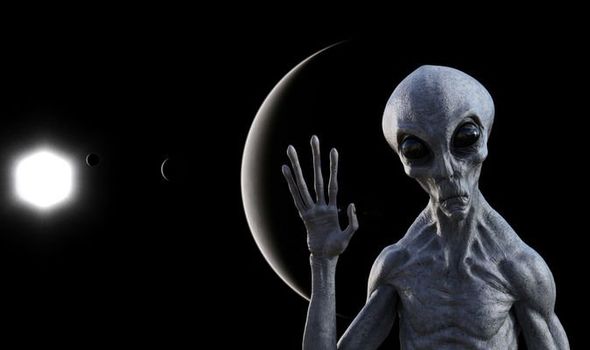 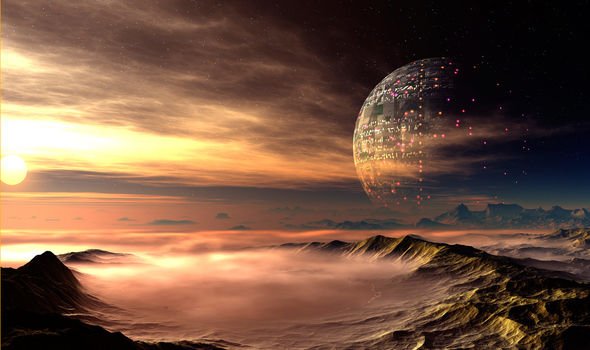 There are a few scientific equations which determine the likelihood of where we are alone in the Universe, such as the Drake Equation.

In 1961, scientist Frank Drake came up with an equation outlining the variables and chances of an alien civilisation in the universe.

It took into consideration factors such as the rate of formation of stars suitable for the development of life in surrounding planets and the number of planets per solar system.

While there is no unique solution for the equation, it is widely regarded as meaning the chances of finding life out there is probable or possible.

One possible solution to the equation is that alien life did exist and has since gone extinct. 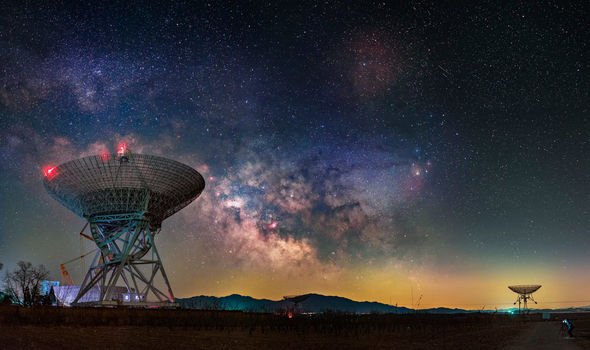 Another solution is that Earth is the only place that life evolved in the Universe.

Another way at philosophically looking at, or for, alien is the Fermi Paradox.

In 1950, physicist Enrico Fermi – the creator of the world’s first nuclear reactor – came up with a paradox which says due to the age and size of the universe there is bound to be a civilisation much more advanced than ours, which begs the question: “Why is it just us?”

The solution, many scientists argue, is once a civilisation reaches a certain size, it eventually kills itself off, either through war with advanced weapons or natural disaster.

Some experts, however, have previously warned against trying to contact any intelligent species. 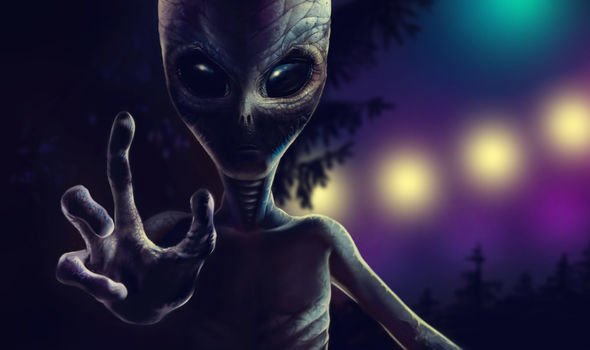 Even Stephen Hawking, who died in March 2018, suggested it might be risky contacting aliens.

The example in his final book told of when Europeans encountered native Americans and almost killed them off in order to conquer the New World.

Prof Hawking wrote in Brief Answers To The Big Questions: “Breakthrough Message is an international competition to create messages that could be read by an advanced civilisation.

“But we need to be wary of answering back until we have developed a bit further.

“Meeting a more advanced civilisation, at our present stage, might be a bit like the original inhabitants of America meeting Columbus – and I don’t think they thought they were better off for it.”