Conspiracy theorists were sent into a frenzy when they spotted what they believe to be an alien base on an asteroid. The alleged base was spotted on the giant asteroid Eros, which has a diameter of 16.8 kilometres (10.4 miles) when alien hunters were examining NASA images of the space rock.

Prominent alien hunter Scott C Waring spotted the cube-like object on the asteroid when he was perusing through NASA images, claiming it is evidence of extraterrestrial activity.

Mr Waring wrote on his website ET Database: “Here is a cool photo from NASA of the asteroid Eros. On it is a rectangular structure.

“The funny thing about it is that even NASA noticed this alien structure on the asteroid, but still didn’t have the realisation of what it actually was – an alien structure.

“So you see, NASA saw it but just didn’t realize what it was at the time. Not sure how this slipped past them, but sure it won’t last long if they find out.”

However, sceptics and NASA would say the object and other similar findings are just the effects of pareidolia – a psychological phenomenon when the brain tricks the eyes into seeing familiar objects or shapes in patterns or textures such as a rock surface. 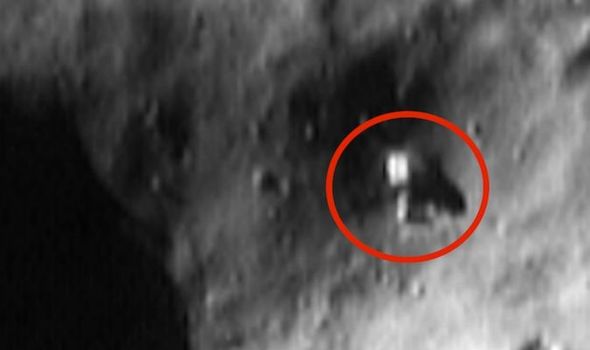 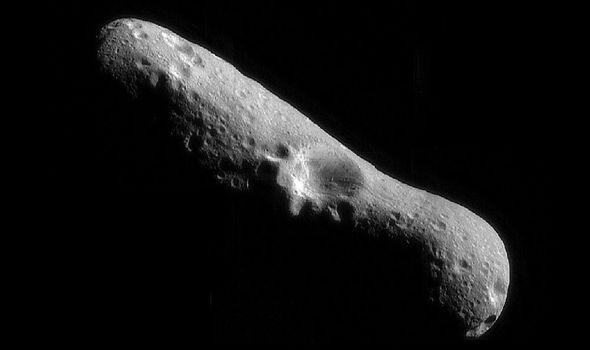 This would mean that the ‘base’ is likely just a rock in a familiar shape.

NASA even said it is simply a rock: “The large, rectangular boulder at the upper right is 45 meters (148 feet) across.”

One expert, however, believes evidence of alien life could be found on an asteroid this year.

The Japan Aerospace Exploration Agency’s (JAXA) Hayabusa-2 has collected soil samples from the asteroid Ryugu, and the space craft is set to return these samples to Earth this year.

Scientists will then analyse the soil samples, and experts believe it could be the best shot yet of finding microbial life.

Ian Whittaker, lecturer in physics at Nottingham Trent University, and Gareth Dorian, post doctoral research fellow in Space Science at the University of Birmingham, said the Ryugu asteroid could hold the answers to age old questions. 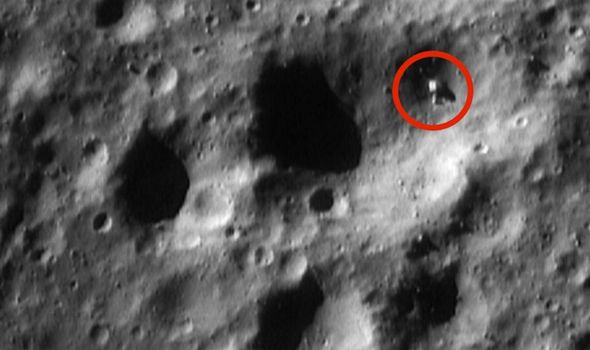 The duo wrote in an article for The Conversation: “The first sample of the surface involved firing a small pellet at the asteroid which caused regolith (soil) to be ejected from the surface.

“At the same time, the satellite approached the surface to collect the dust.

“The mission also collected a sample from the inside of the asteroid – a region that hasn’t been exposed to the interstellar medium or the solar wind.

“This trickier task involved firing a 2.5kg object at high speed into the asteroid from a safe distance and then briefly landing to collect the material.

“The samples will allow a detailed look at asteroid composition, giving us some idea of where they might have come from and whether they are capable of carrying life.”