AMANDA NUNES celebrated her historic win over Felicia Spencer by sharing a naked snap with her fans.

The women's UFC champion, 32, shared an updated version of her ESPN Body Issue cover shoot from 2019. 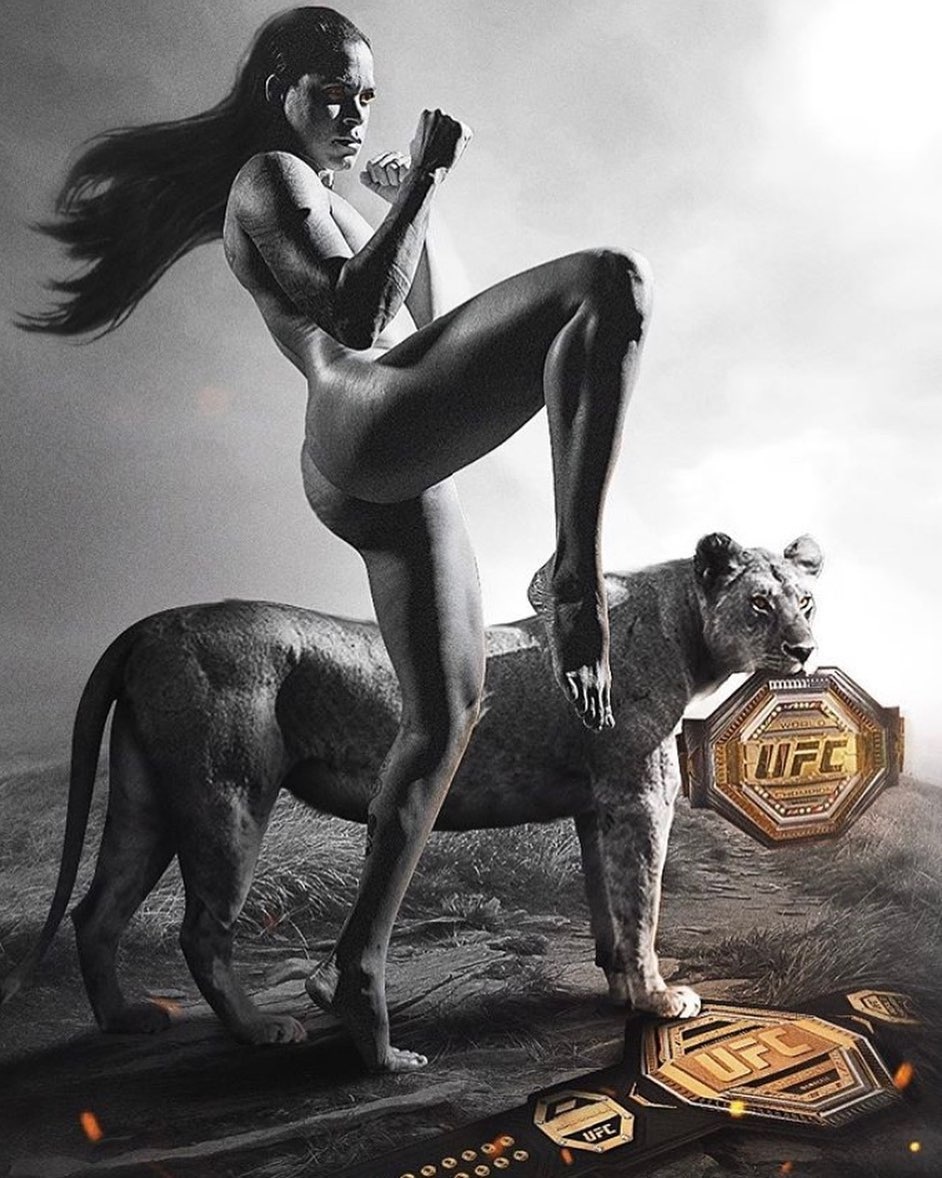 Nunes made history as she retained her featherweight and bantamweight titles with a win over Spencer at UFC 250.

She became the first fighter ever to successfully defend both belts at the same time.

The Brazilian star, who won by unanimous decision, has remained unbeaten since 2014.

And she was clearly in the mood to celebrate as she shared a sexy snap with her 1.2million followers.

But this time it featured both of her UFC title belts.

She added the caption: "ESPN body with an upgrade!"

One fan commented: "THE G.O.A.T. Congratulations on a perfect performance."

Another added: "Just gorgeous. No words can describe the beauty in this picture."

She sent her fans wild earlier this month when she shared a picture with just her two belts covering her modesty. 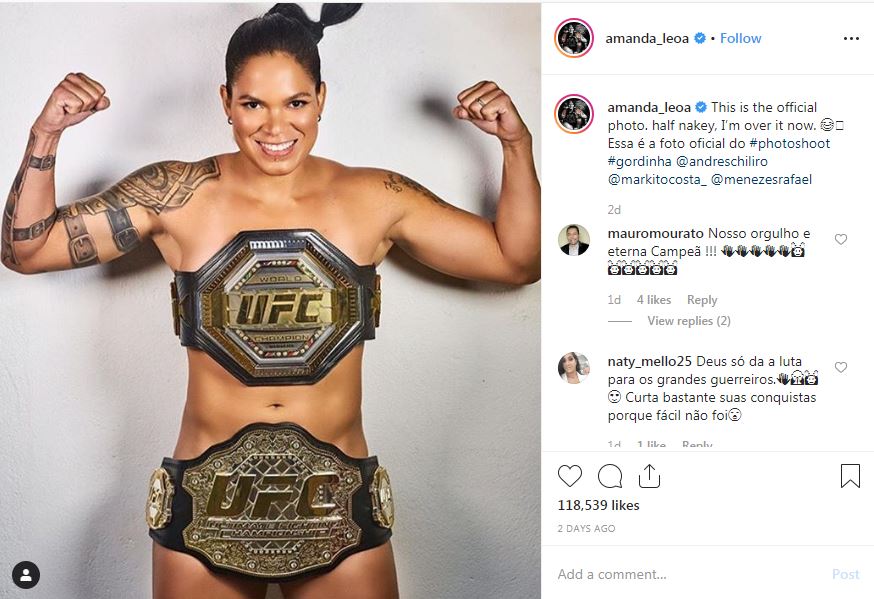 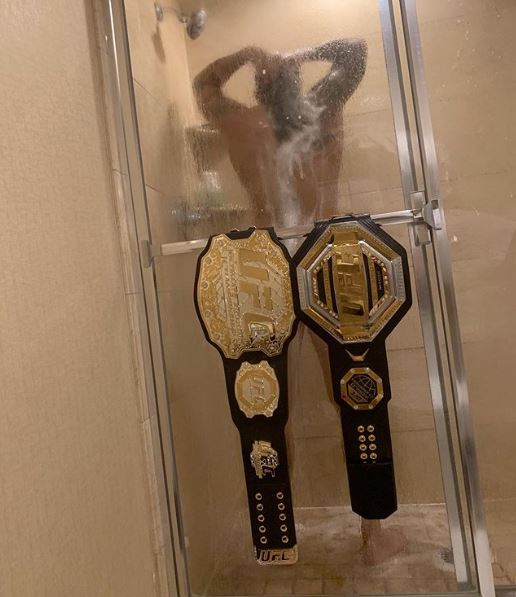 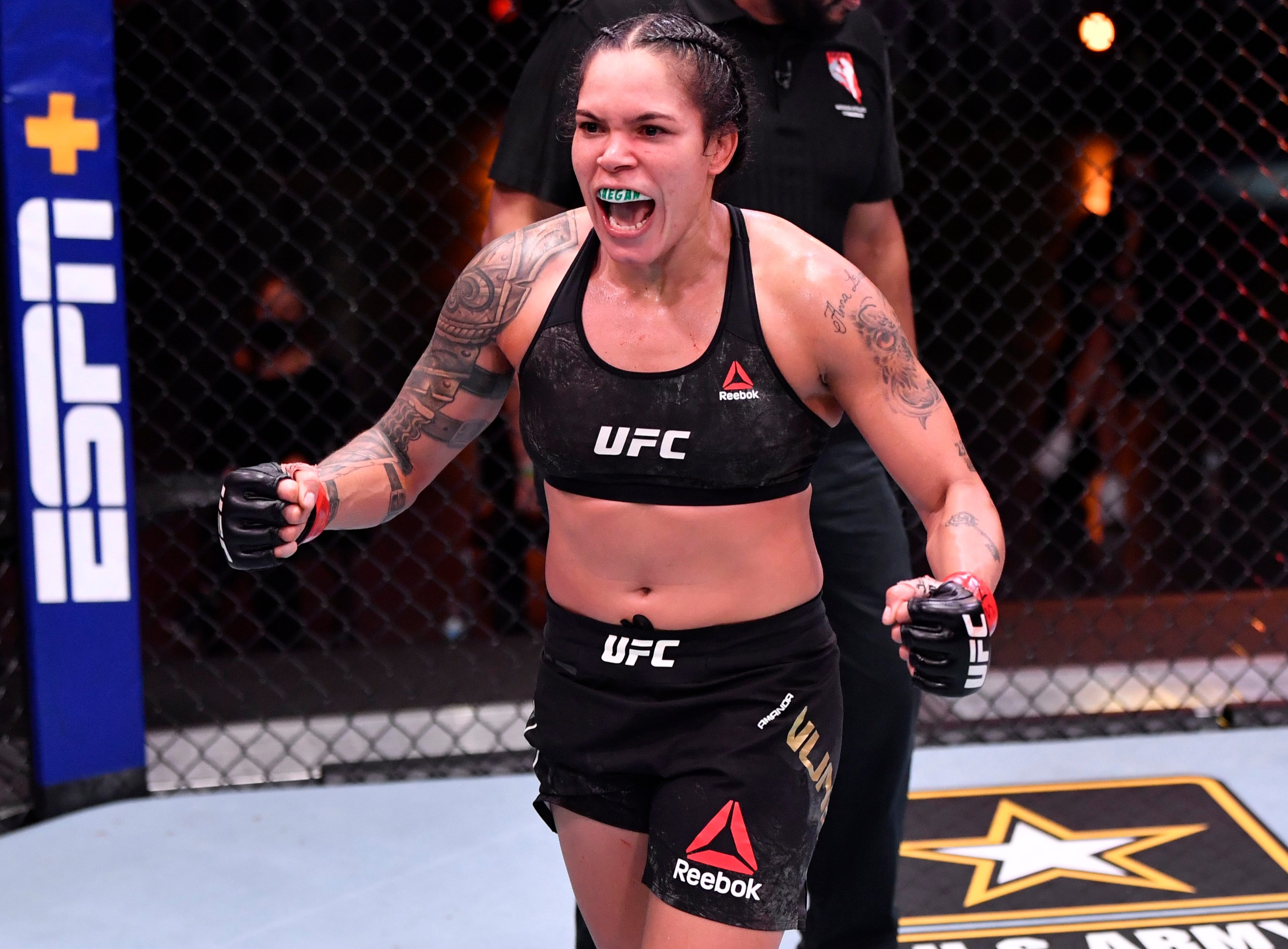 Nunes followed up that snap with a picture of herself along Spencer after their title fight.

She added the caption: "We both love this sport and the respect is always going to be there.

"What an honour to share the cage with you."

We both love this sport and the respect is always going to be there. What an honor to share the cage with you. @feenom479 Amamos esse esporte!!!!! ?

We both love this sport and the respect is always going to be there. What an honor to share the cage with you. @feenom479 Amamos esse esporte!!!!! ?