Android users are being warned to be on the lookout for dangerous apps that are claiming to offer help and support during the coronavirus outbreak. Numerous Android applications have been discovered which, once downloaded, can infect devices with nasty malware that’s capable of wreaking havoc on devices.

One app, called Coronavirus Tracker, can even take full control of a phone, lock its screen and demand the owner pay a ransom to regain access.

Once installed, the user is asked to pay a fee of between $100 to $250 in Bitcoin or face the threat of the device getting wiped of all personal data including photos, videos and contacts.

With the coronavirus continuing to sweep across the globe hackers are clearly attempting to cash in on people’s fear and it’s a growing problem that needs to be addressed.

Cyber firm Avast, is now calling on the wider security research community to help identify and put a stop to fake and malicious apps by making its mobile threat intelligence platform, apklab.io, public.

Avast says that by customising telemetry feeds of clean and malicious app samples as well as URLs and making them public, researchers can easily access them and investigate the security of apps.

Around 35 fake coronavirus apps have so far been discovered although it’s worth noting that these are not being spread via the official Google Play Store. 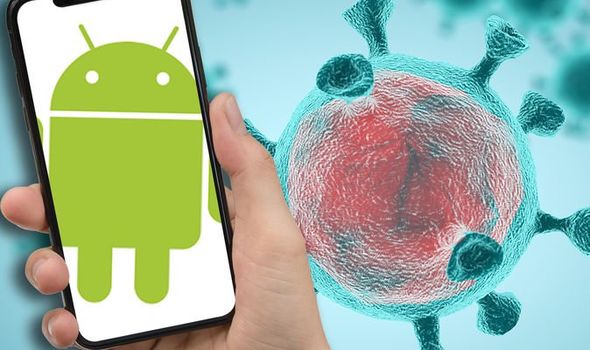 Instead, hackers are using links in emails and text messages to trick Android users into installing these virus-packed applications.

Here’s three culprits that you need to be on the lookout for and what they can do to your phone.

Covid19 / Coronavirus Tracker: A classic example of ransomware, which locks the user’s phone, and demands a ransom of $100 to $250 in Bitcoin to unlock the phone.

Corona live 1.1: This app uses the official Samsung Health App’s icon, and has the ability to access the infected device’s location and contacts, can read SMS, access the smartphone camera and take pictures, record audio, check running apps, and much more. It reports the data back to a URL host which is associated with other malware samples.

To help consumers stay safe, Avast has also revealed advice on how to protect yourself during the crisis and here’s their top tips.

• Use a website instead. Websites are inherently much safer than installing any apps on your phone.

• Most information the fake apps are claiming to provide are shared by established websites, like world statistics, based on input from Johns Hopkins University.

• Only install apps from the Google Play Store or other official stores. The vast majority of malware is spread outside of the Play Store, so by using it, you’ve already evaded most of the threats.

• Get a second opinion on the app, before you install it. Take a look at how many downloads and reviews it has. Do they look real?