In case you forgot that Donald Trump’s favorite movie star, Jon Voight, is Angelina Jolie’s father, she’s here to remind you in a powerful essay about her memories of her parents.

The “Maleficent” star wrote a revealing op-ed for The New York Times on Sunday in tribute to her late mother, Marcheline Bertrand, who died in 2007 after a battle with ovarian cancer.

Jolie reflected on the life-altering event and how it shaped her own understanding of the world, especially on Mother’s Day.

“I lost my mother in my thirties,” Jolie writes. “When I look back to that time, I can see how much her death changed me. It was not sudden, but so much shifted inside. Losing a mother’s love and warm, soft embrace is like having someone rip away a protective blanket.”

In praising her mother, Jolie also reveals a thinly veiled disdain for her estranged father, with whom she was not on speaking terms for many years. She shares that Voight caused tremendous pain by being unfaithful to Bertrand and that his dreams overshadowed her ambitions.

“When my father had an affair, it changed [my mother’s] life. It set her dream of family life ablaze,” Jolie wrote. “But she still loved being a mother. Her dreams of being an actor faded as she found herself, at the age of 26, raising two children with a famous ex who would cast a long shadow on her life.

“After she died, I found a video of her acting in a short film. She was good. It was all possible for her,” Jolie added.

The “Midnight Cowboy” star and Bertrand officially divorced in 1980 after nearly a decade of marriage.

Jolie, no stranger to the toll marital issues can take, seemingly connects her mother’s struggles to her own. The actor and ex-husband Brad Pitt currently co-parent their six children ― Maddox, 18; Pax, 16; Zahara, 15; Shiloh, 13; and 11-year-old twins Knox and Vivienne ― who Jolie says will “forever come first.”

“Life has taken many turns. I’ve had my own loss and seen my life take a different direction. And it hurt more than I imagined it ever would,” she continued. “But now, with my girls growing up and being the ages I remember so well as a daughter, I am rediscovering my mother and her spirit.” 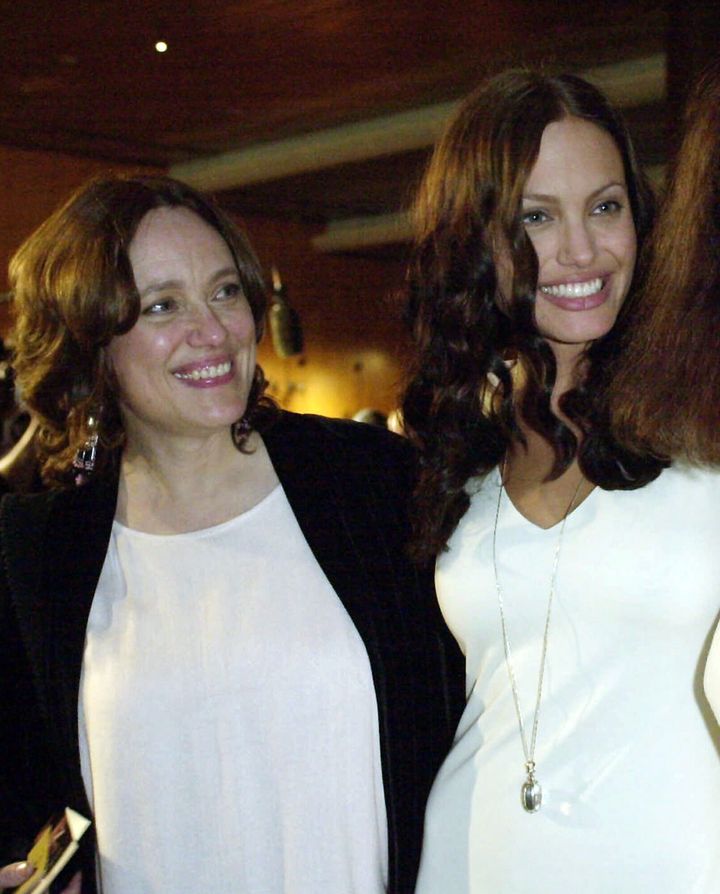 As an advocate for children around the world, Jolie urged protection for young people suffering amid the coronavirus pandemic in an essay for Time magazine last month.

“We were underprepared for this moment because we have yet to take the protection of children seriously enough as a society,” Jolie wrote. “The profound, lasting health impacts of trauma on children are poorly understood and often minimized.”

Voight, meanwhile, hailed Trump as “hero” and a “magnificent soul” for his response to the COVID-19 health crisis in a recent video message.

But Jolie has revealed that she and Voight have found a way to communicate for the benefit of her children.

“Jon and I have gotten to know each other — through grandchildren now,” Jolie told The Hollywood Reporter in 2017. “We’re finding a new relationship. … We’ve had some difficulties, [but] through art we’ve been able to talk. It’s the common language.”