Six-year-old Anglo-Saxon boy who lived in Cambridgeshire 1,400 years ago was infected with plague, meningitis and septic arthritis when he died, study reveals

Analysis of the remains of a six-year-old Anglo-Saxon unearthed in Cambridgeshire revealed that the poor boy had plague, meningitis and septic arthritis when he died.

The child — who was buried at Edix Hill sometime around 540–550 AD — was studied by a team of researchers led from the University of Tartu, Estonia.

Genetic analysis of a tooth sample revealed he had been infected with the bacteria Yersinia pestis, which causes plague, and Haemophilus influenza serotype b.

This is the earliest known case of H. influenza, which causes septic arthritis and was a major cause of infant death before a vaccine against it was created in 1977.

Today, this once-common childhood disease has been all but eradicated.

According to the team, the co-infections the boy suffered and likely died from reveals how plague negatively affects those with compromised immune systems. 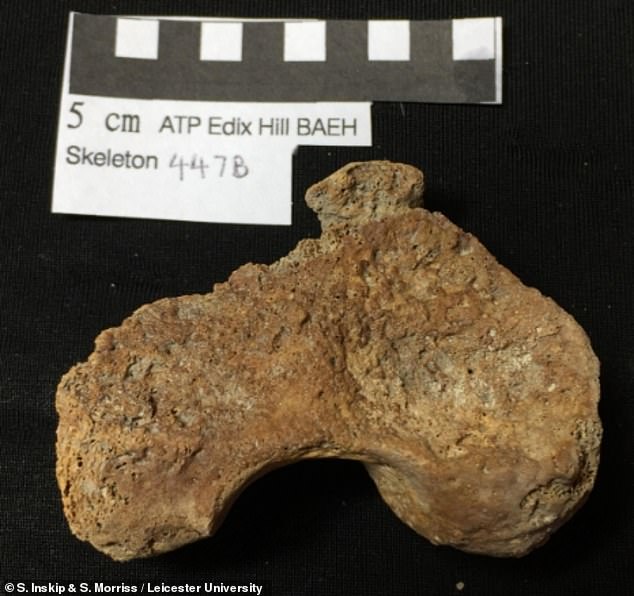 Analysis of the remains of a six-year-old Anglo-Saxon unearthed in Cambridgeshire revealed that the poor boy had plague , meningitis and septic arthritis when he died. Pictured: the knee cap of the child, which was found to contain lesions caused by septic arthritis

Septic arthritis is a serious type of joint infection. It should be treated as soon as possible. You can make a full recovery with treatment but if left untreated it can be more serious.

You can get septic arthritis if germs get into a joint. This can happen:

The study was undertaken by genomicist Meriam Guellil of the University of Tartu and her colleagues.

‘The human pathogen Haemophilus influenzae was the main cause of bacterial meningitis in children and a major cause of worldwide infant mortality before the introduction of a vaccine,’ the researchers wrote in their paper.

‘Although the occurrence of serotype b (Hib), the most virulent type of H. influenzae, has since decreased, reports of infections with other serotypes and non-typeable strains are on the rise.

‘While non-typeable strains have been studied in-depth, very little is known of the pathogen’s evolutionary history, and no genomes dating prior to 1940 were available,’ they continued.

Alongside the genomic evidence for Hib and plague infection, the researchers reported that the boy’s skeleton also showed evidence of lesion in the knee — and possibly also his ankles — that are indicative of septic arthritis.

The team also suspect that the boy most likely also had meningitis, which can also be caused by H. influenza, although the poor preservation of the boy’s skull made confirmation of this impossible. 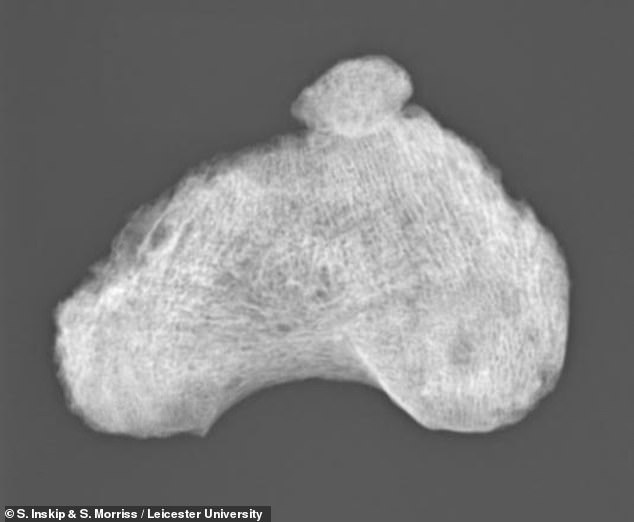 The boy represents the earliest known case of H. influenza, which causes septic arthritis and was a major cause of infant death before a vaccine against it was created in 1977. Pictured: an X-ray of the child’s knee cap, which was found to contain lesions caused by septic arthritis 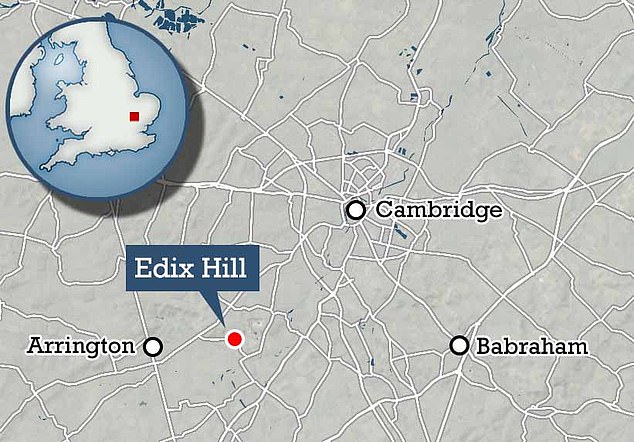 The child — who was buried at Edix Hill (depicted) sometime around 540–550 AD — was studied by a team of researchers led from the University of Tartu, Estonia

According to the team, the genomic diversity of Haemophilus influenza serotype b appears to have been larger in the past.

‘Our study presents the earliest genomic evidence for H. influenzae […] and allows the first insights into the evolutionary history of this major human pathogen,’ the researchers concluded.

‘The identification of both plague and Hib opens questions on the effect of plague in immunocompromised individuals already affected by infectious diseases.’

The full findings of the study were published in the journal Genome Biology.

THE CAUSE BEHIND EUROPE’S BUBONIC PLAGUES

The plague, caused by the bacterium Yersinia pestis, was the cause of some of the world’s deadliest pandemics, including the Justinian Plague, the Black Death, and the major epidemics that swept through China in the late 1800s.

The disease continues to affect populations around the world today.

The Black Death of 1348 famously killed half of the people in London within 18 months, with bodies piled five-deep in mass graves.

When the Great Plague of 1665 hit, a fifth of people in London died, with victims shut in their homes and a red cross painted on the door with the words ‘Lord have mercy upon us’.

The pandemic spread from Europe through the 14th and 19th centuries – thought to come from fleas which fed on infected rats before biting humans and passing the bacteria to them.

But modern experts challenge the dominant view that rats caused the incurable disease.

Experts point out that rats were not that common in northern Europe, which was hit equally hard by plague as the rest of Europe, and that the plague spread faster than humans might have been exposed to their fleas.

Most people would have had their own fleas and lice, when the plague arrived in Europe in 1346, because they bathed much less often.