ANTHONY JOSHUA was left "hurt" by those who criticised his speech at a Black Lives Matter protest. 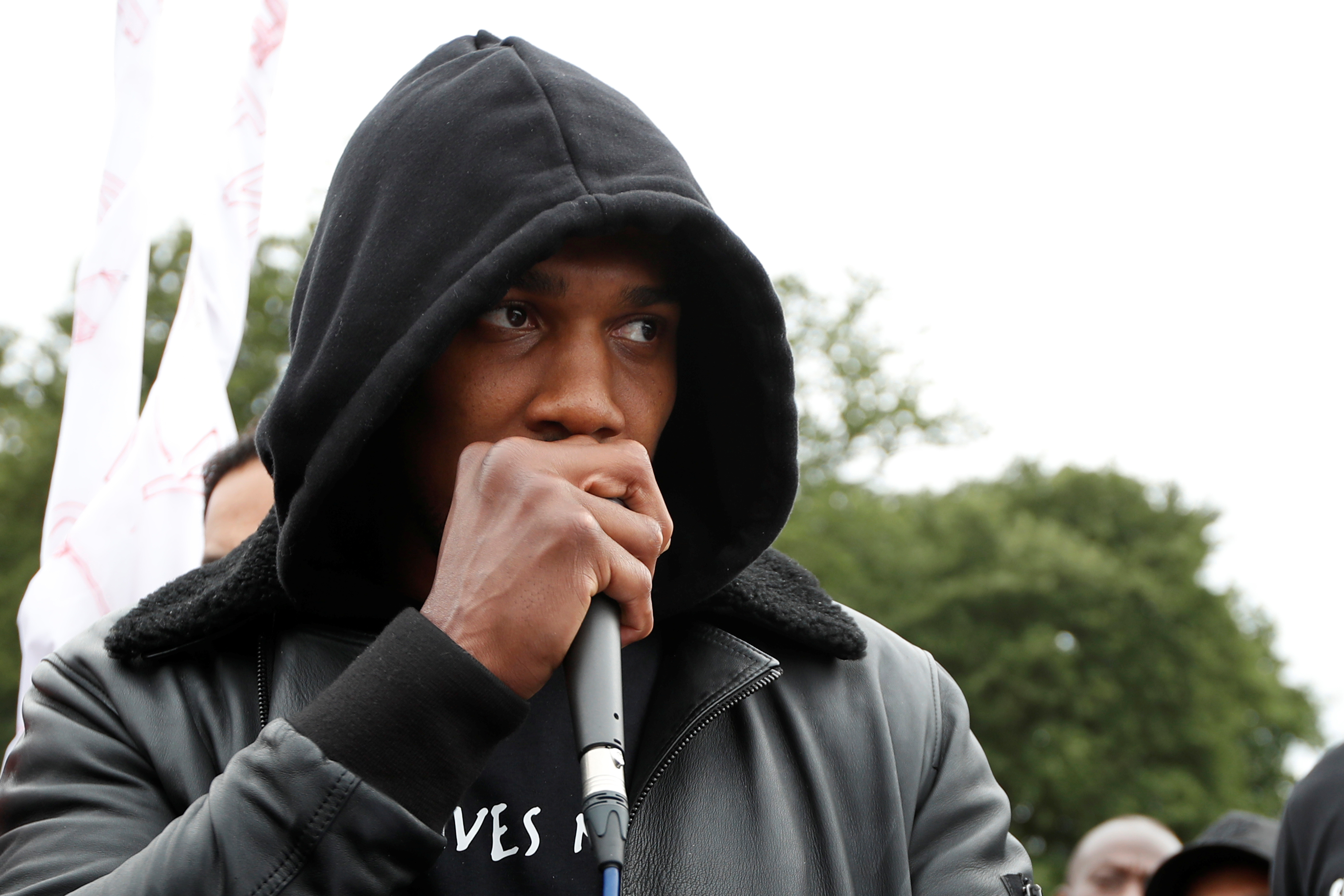 Joshua, 30, attended a peaceful demonstration on Saturday in his hometown to support the movement and there he read out a speech written by friend Reece Campbell.

The British star, wearing a Black Lives Matter hoodie, said: “We can no longer from today onward be proud, we can no longer remain silent on the senseless unlawful killing, sly racism of another human being based only on what? Their skin colour.

“George Floyd – we’re all aware of his name – was the catalyst in a list that is already way, way, way too long.

“Killing a person outright is unforgivable, but stripping them of their human rights, oppressing them, mocking them, insulting them, placing glass ceilings above them because of what – their skin colour – is just a slower way of killing them and taking the life out of their soul.

“We must unite as the human race and that’s what we’re doing here today."

But critics picked up on one sentence which read: "Show them where it hurts, abstain from spending your money in their shops and economies, and invest in black-owned businesses."

The use of "their shops" angered many and led to a barrage of abuse and criticism online.

And promoter Hearn admitted the comments had got to AJ, especially as he has generously given at least £1million to supporting his local area.

Welcome to Watford! We are uniting our community, sparking discussions about economic change and education! Supported by the local council and police, but inspired by the black lives matter movement ✊✊🏼✊🏽✊🏾✊🏿

Welcome to Watford! We are uniting our community, sparking discussions about economic change and education! Supported by the local council and police, but inspired by the black lives matter movement ✊✊🏼✊🏽✊🏾✊🏿

The Matchroom chief told Sky Sports: ""I've known Anthony Joshua for eight years. I know him inside out. It hurts when some of the accusations have been flying his way.

"So many businesses as well [need] to start realising that we have to make change, because racism is something that runs deep throughout this country. It's here now and it's historical, and it has to change.

"I think conversation is good, and I'm very proud of Anthony of his mindset of speaking up and trying to promote what he has always tried to promote, which is to uplift people, to motivate people, to do better, to be better, and to be better people.

"He read someone's speech out, which he may have phrased differently, if he had read it himself.

"People want to interpret the words of that in many different ways. I've seen some strange thoughts of what that was supposed to mean.

"It wasn't his words, but he did speak some of his own words as well, which was about uplifting his community, investing in his community, which is Watford, and he's got a seven-figure investment that he's putting into his own town soon to give people more opportunities.

"He spoke about gang culture being dead, he spoke about making sure that all gatherings and protests were peaceful ones. There were so many positives that came out of what he said."

As revealed by The Sun, Joshua is making plans to tackle racism in Watford and hopes to open a community centre near his home.

The champ wants to buy a building to create a learning hub for children of all backgrounds to be educated and integrated, in a move backed by Watford MP Dean Russell.

Joshua, currently needing a knee brace and crutches to nurse an injury, told The Sun: “If you want to be the change, the change has to come from within.

“I appreciate the people who protest but once the awareness is raised, we need to ­create economic change.

“We need to look at education — readers become leaders.

“I want to give kids a place to go and learn, so if they get into a confrontation with someone who is not from the same country or culture as them, they are not ignorant and they won’t judge them for what they look like.”

Joshua – who has agreed a two-fight deal to take on British rival Tyson Fury next year – stood up for himself and hit back at his critics who targeted him for the speech.

Following the protest on Saturday, one of many across the UK sparked by the death of George Floyd while in police custody in Minneapolis on May 25, he took to Instagram.

AJ wrote: "If you think I'm a racist, go f*** yourself! If you watch the whole video, the speech was passed around for someone to read and I took the lead.

"I personally spoke from the heart about the Watford community, ideas of us personally investing seven figures to create unity and opportunities and adding change to the African/Caribbean community.

"Shops aren't the issue here. Before you talk s*** you better boycott racism. I said what I said and I will act to make change." 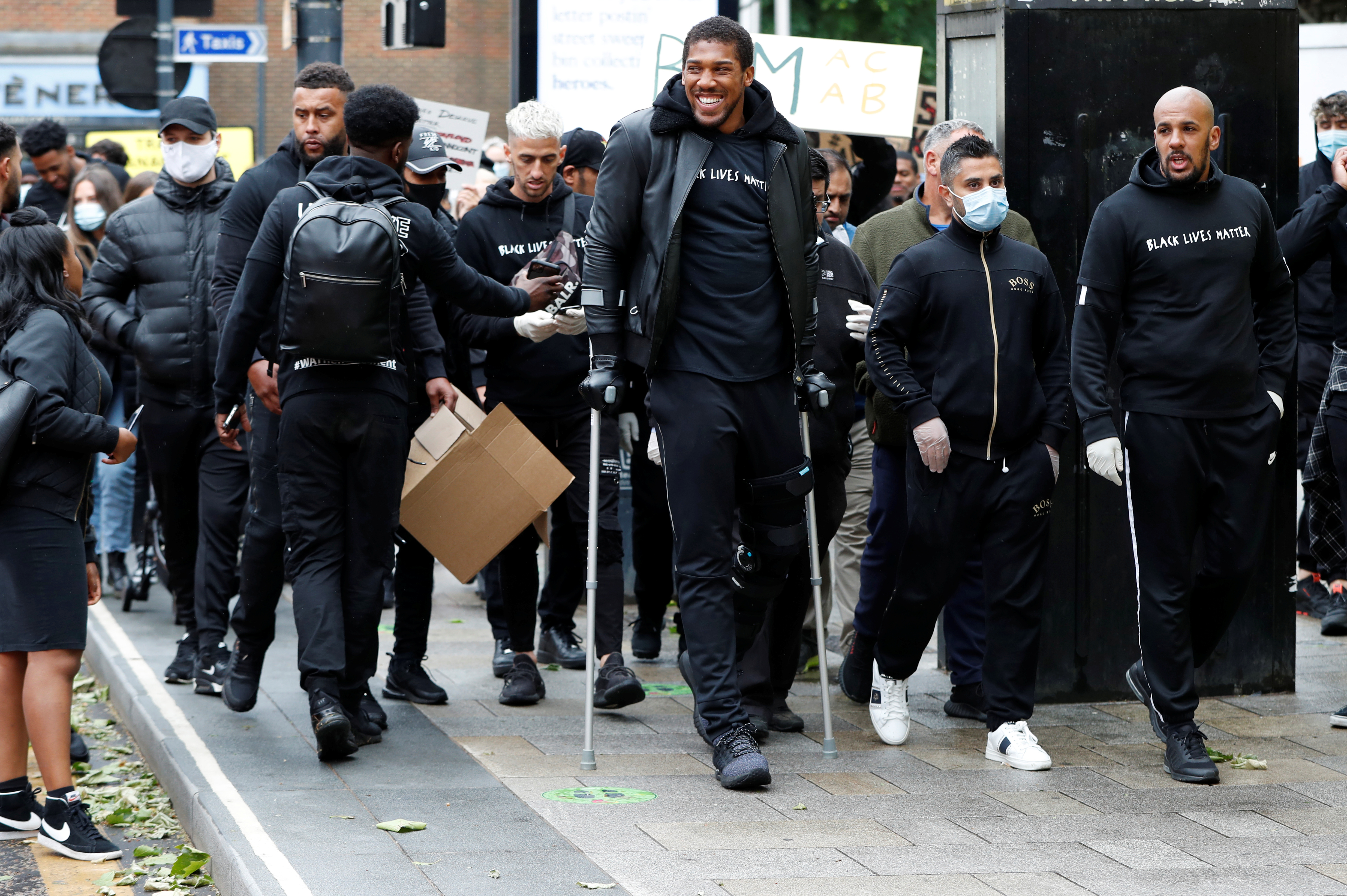 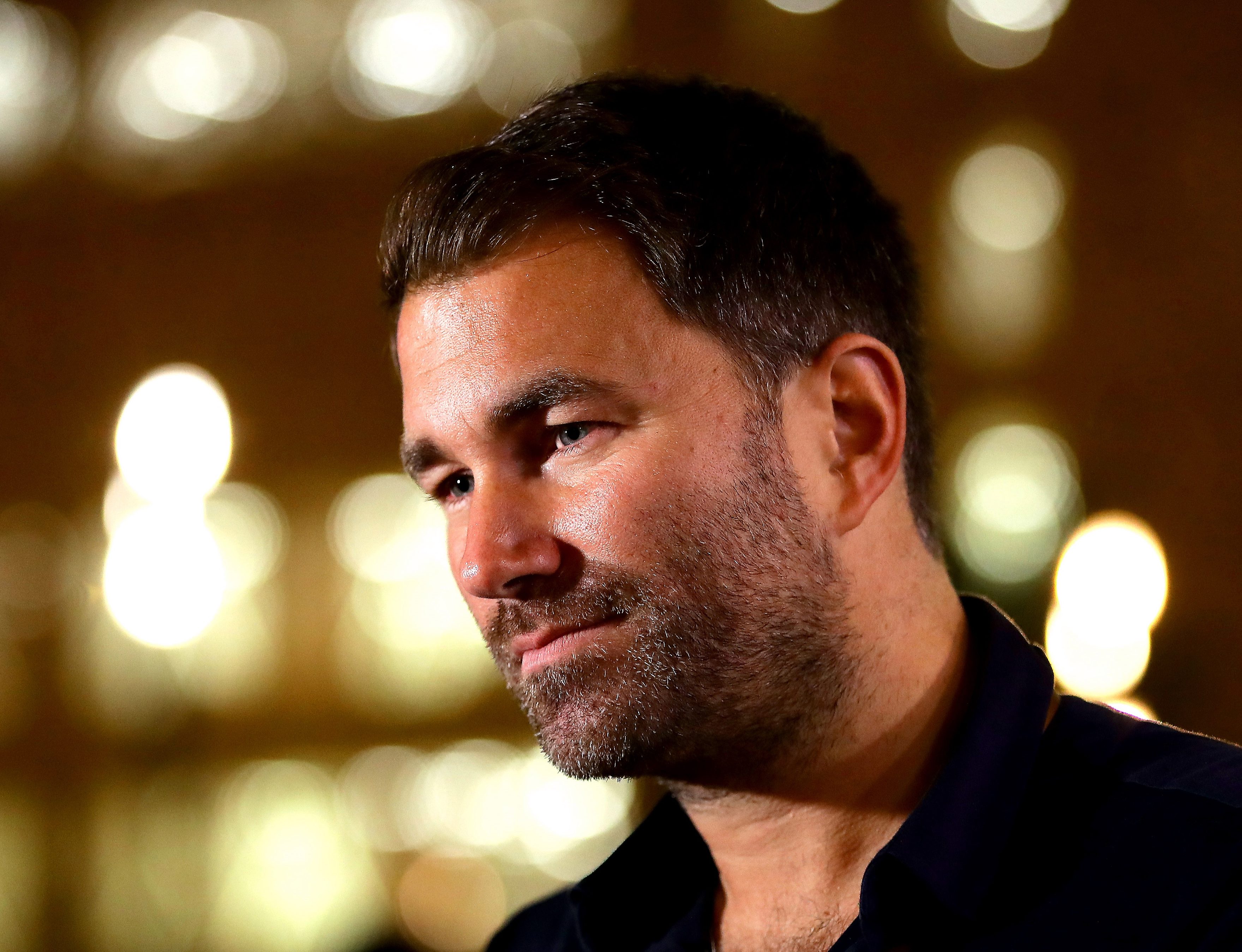