I started packing to move house last week, for the umpteenth time, and ended up going through an old pound shop laundry bag filled with those mystery bits and bobs that just seem to gather. Combing through it, I felt more morose than usual, not just because moving house is so horrible but because I kept coming across the detritus of my days as a music journalist: gig fliers, posters ripped from long-dead venue walls, magazines I’d once hoarded and then been lucky enough to write for. They felt like relics of a different time. They were, I suppose. Most of the magazines were gone or going.

Last week, Q became one of the gone, another casualty of the pandemic, ceasing publication after 34 years. I can’t pretend to be impartial about the news, because I wrote for it, and the announcement has left me with a sad, sinking feeling. It was a place where in-depth features about the usual artists, and the unusual ones, still had a home and I loved writing for it. The last piece I did was about an Australian busker who’d gone from living in her van to The Ellen DeGeneres Show in the space of a year. Her story was a proper story, not necessarily big-namey, but deserving of the space it was given.

Over the past couple of decades, the music press as we know, or knew it, has become emaciated to the point of near-extinction, seemingly sustained by nostalgia publications only. It has become increasingly difficult to see how a print magazine can thrive. At the same time, the once-promised land of new media is also haemorrhaging money and talent. While I accept that times and audiences and formats change, that music mags no longer have a role as the gatekeepers of information, and probably rightfully so, I feel sad for what might be lost or already has been lost. I worry about what we’ll be left with. Imagine nothing but a sea of podcasts where famous people interview their friends.

And then I watched a feature on the BBC about Arlo Lippiatt, a 10-year-old who has used his time in lockdown to publish a music zine, Pint-Sized Punk. Arlo enjoys punk, he said, because “I like how the drums and guitars and vocals all go together like a big punk sandwich”, which is almost certainly a better sentence than anything in my first NME live review. When he joyfully showed off his back-page chart of which bands liked Marmite and which were on the fence, I wondered, for a hopeful moment, what his generation might come up with next. 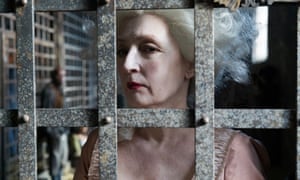 I keep catching the BBC trailer for the brilliant, overlooked period drama Harlots, which will be on in early August. The series appeared briefly on the now-defunct ITV Encore in 2017, then hovered around streaming sites for a while, but I am thrilled it will have a chance to find a bigger audience in the UK on BBC2. Set in mid-18th-century London, and based on the historian Hallie Rubenhold’s book The Covent Garden Ladies, it tells the story of two warring brothel keepers, played by two Oscar nominees, Samantha Morton and Lesley Manville. Both are excellent, though Manville, as the villainous Lydia Quigley, is clearly having a hoot with what’s in front of her – she’s the devil in the shape of a pantomime dame.

There are three seasons, each with a modern eye on women’s agency, as filtered through the British class system. It is also a potential meme factory of “did I just hear that?” moments. Its use of language is both loosely faithful to its era (there is much talk of “cunny houses” and “quims”) and is so creatively crude that it makes some of the insults in Veep look gentle. Sadly, it was cancelled after its third season, but it left behind a feast to gorge upon.

My money is on Kano for Mercury 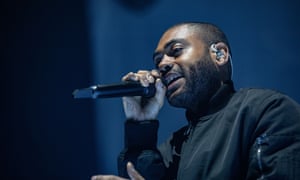 Most people have a party trick, whether that’s the remnants of a childhood spent learning how to pull a coin from behind an ear or the ability to armpit-fart the theme tune to This Morning. Mine was that I could successfully call the winner of the Mercury Music prize on the day the shortlist was announced. From 2013 to 2018, I guessed each year and my status as an oracle became a running joke. Until last year, when I called it for Little Simz’s Grey Area. I’m not saying Dave shouldn’t have won, but maybe, Dave, it was mean spirited to cut me off in my mystic prime.

Here we are again at shortlist time and, after much anticipation and even more rumours – it would be pop-heavy, it would be so mainstream the Brits would look indie, etc – the announcement felt like a regulation Mercury year. It had more women than ever before, a balance of genres, a sliver of pop, mostly familiar faces, a couple of unexpected ones. At a time when a music career feels so imperilled for smaller artists, , a couple of more renegade choices to give them a boost might have been nice, but it was solid, celebratory and made me think it had been a good year for British and Irish music, as the best lists should.

In the hope that my psychic abilities will return, I’m finally ready to reveal my process: ignore the instinctive first choice and go with the one that feels right. The favourite so far is Michael Kiwanuka, but my gut says otherwise and I’m taking my punt on Kano and the masterful Hoodies All Summer.

• Rebecca Nicholson is an Observer columnist