This global map of asteroid Bennu’s surface is a mosaic of images collected by NASA’s OSIRIS-REx spacecraft between March 7 and April 19 last year. The US space agency confirmed 2,155 PolyCam images were stitched together and corrected to produce the resulting asteroid mosaic.

At two inches (five cm) per pixel, this is the highest resolution an asteroid has been globally mapped.

The NASA spacecraft collected these images at distances ranging from 1.9 to 3.1 miles (3.1 to five km) above the asteroid’s surface.

This detailed view of Bennu was used by the mission team during their selection of the primary and backup sample collection sites—Nightingale and Osprey. 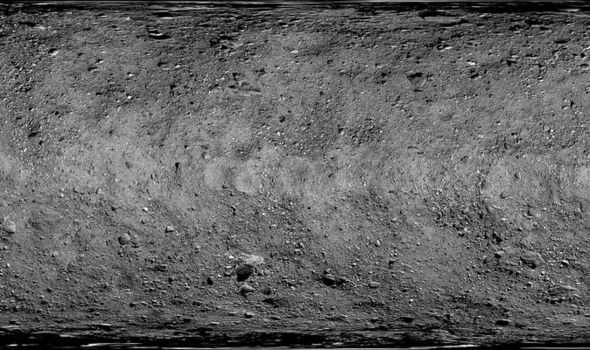 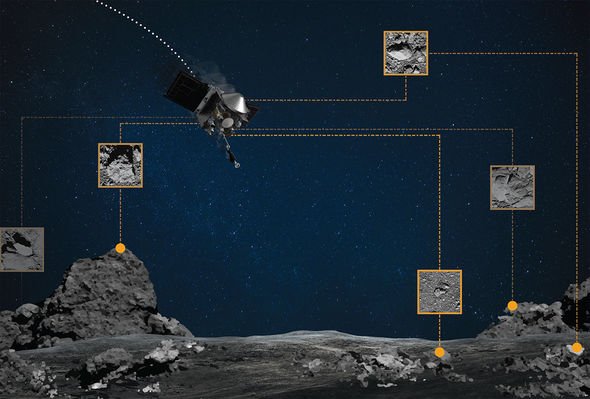 What is NASA’s OSIRIS-REx mission?

This summer, the OSIRIS-REx spacecraft will undertake NASA’s first-ever attempt to touch the surface of an asteroid, collect a sample of it, and safely back away.

However, since arriving at asteroid Bennu over a year ago, NASA has been tackling an unexpected challenge.

This concerns how to accomplish this feat at an asteroid whose surface is blanketed in building-sized boulders.

Using these hazardous boulders as signposts, the mission team developed a new precision navigation method to overcome the challenge. 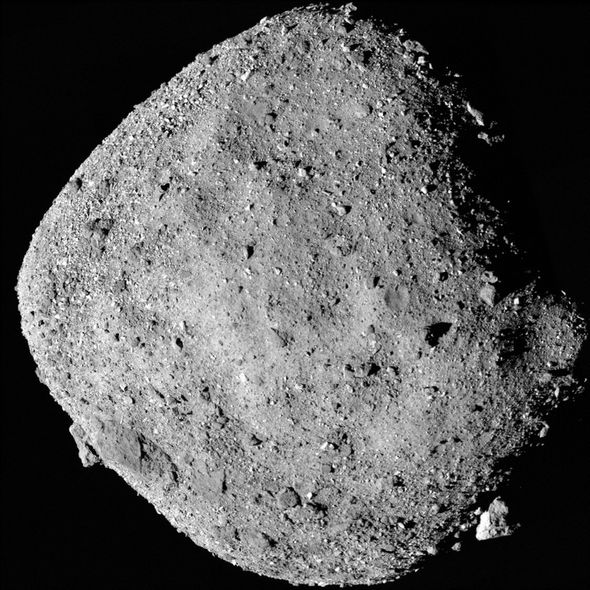 The OSIRIS-REx team had originally planned to use a LIDAR system to navigate to Bennu’s surface during the Touch-And-Go (TAG) sample collection event.

LIDAR is similar to radar, but it uses laser pulses rather than radio waves to measure distance.

The OSIRIS-REx Guidance, Navigation, and Control LIDAR is designed to navigate the spacecraft to a relatively hazard-free surface.

The mission had originally envisioned a touchdown site 164 ft (50m) in diameter, but the largest safe areas on Bennu are much smaller.

The team realised that they needed a more precise navigation technique that would allow the spacecraft to accurately target very small sites while dodging potential hazards.

In the face of this challenge, the OSIRIS-REx team switched to a new navigation method called Natural Feature Tracking.

This provides more extensive navigation capabilities than LIDAR and is key for executing what the team is calling “Bullseye TAG,” capable of delivering the spacecraft to the much smaller sampling area.

As an optical navigation technique, it requires the creation of a high-resolution image catalog onboard the spacecraft. 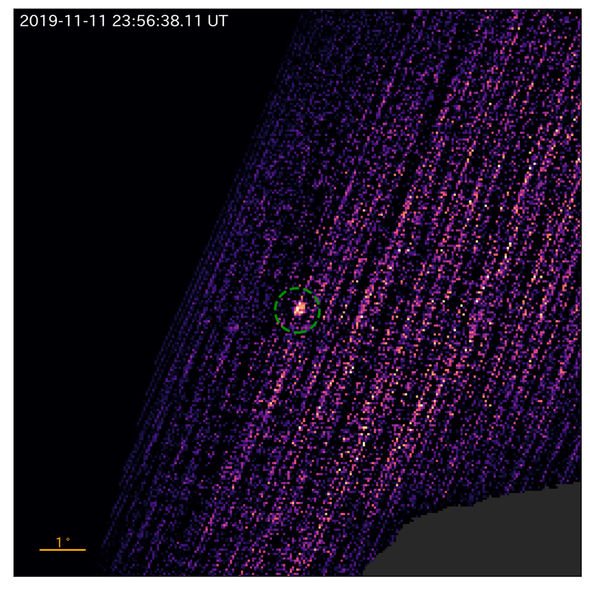 Earlier this year, the NASA spacecraft made reconnaissance passes over the mission’s primary and backup sample collection sites, designated Nightingale and Osprey, flying as close as 0.4 miles (625 m) over the surface.

During these flyovers, the spacecraft collected images from different angles and lighting conditions to complete the NFT image catalog.

NASA uses this catalog to identify boulders and craters unique to the sample site region, and will upload this information to the spacecraft before the sample collection event.

NFT autonomously guides the spacecraft to Bennu’s surface by comparing the onboard image catalog with the real-time navigation images taken during descent.

As the spacecraft descends to the surface, NFT updates its predicted point of contact depending on the spacecraft’s position in relation to the landmarks.