ASTON VILLA are lining up current No2 and Chelsea legend John Terry to replace Dean Smith as manager, with rumours claiming the latter is set for the sack.

The Villans currently sit 19th in the Premier League and have lost their last four games, making relegation a very real possibility. 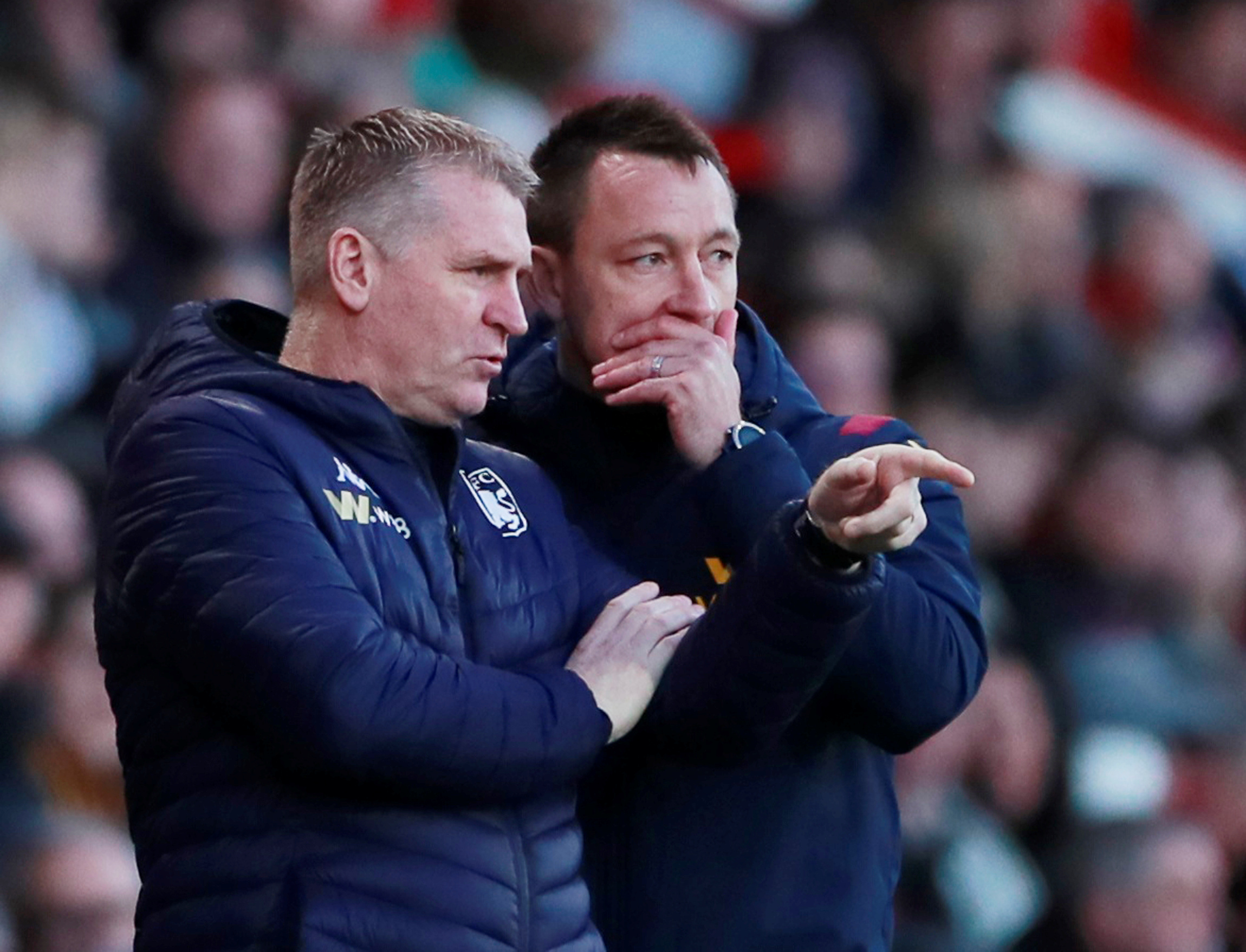 Villa chiefs have discussed a number of options over how best to proceed should they opt to part ways with the former Brentford boss.

And one of those options is said to be promoting Chelsea legend Terry for his first-ever head coach job.

It's unlikely JT, 39, would be promoted before their next game – Saturday night's clash with his old club, the Blues.