The breakfast show is up 0.5 percentage points for the first radio survey of 2020, according to research company GfK. The result comes after ABC bosses axed Sami Shah and Jacinta Parsons' breakfast show after two years and replaced them with entertainer Sammy J. 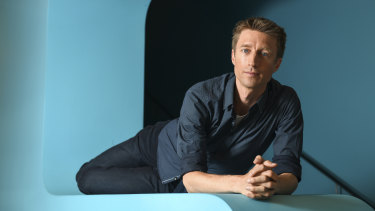 The ABC's breakfast program now commands an 11.1 per cent share of Melbourne's available listeners, up from Sami and Jacinta's best-ever result of 10.6. The timeslot is also up a full point year-on-year, according to GfK's measurements.

Parsons has since moved to Afternoons, with that timeslot also recording a modest jump in audience share (up 0.4 percentage points to 6.0). Shah has not been given a permanent role with the station but the ABC has said he will appear in "various roles" as the year unfolds.

ABC Radio Melbourne's station manager Dina Rosendorff said she was "really pleased with the strong start to the year".

Elsewhere in the first radio survey of 2020, Nova's Kate Ritchie, Tim Blackwell and Marty Sheargold recorded their best result in Melbourne drive to date. The trio's audience share grew by 2.2 per centage points to 11.3 according to GfK, nipping at 3AW's heels. Tom Elliot's number-one drive program is sitting on an audience share of 11.6.

Paul Jackson, Nova's chief programming and marketing officer, said it was a significant achievement given Kate, Tim and Marty is the longest-running national drive show on-air.

"They've often been second in Melbourne but this is the first time they've taken out the number one FM spot in drive," he said. "We are delighted with their results."

In breakfast, 3AW's Ross Stevenson and John Burns shed 4.3 percentage points but remained number one in breakfast with an audience share of 15.9. Overall, 3AW commands the biggest slice of Melbourne's radio listeners (13.3), followed by Gold (10.8) and Smooth (9.6).

Nine, the broadcaster of 3AW, is the owner of this masthead.