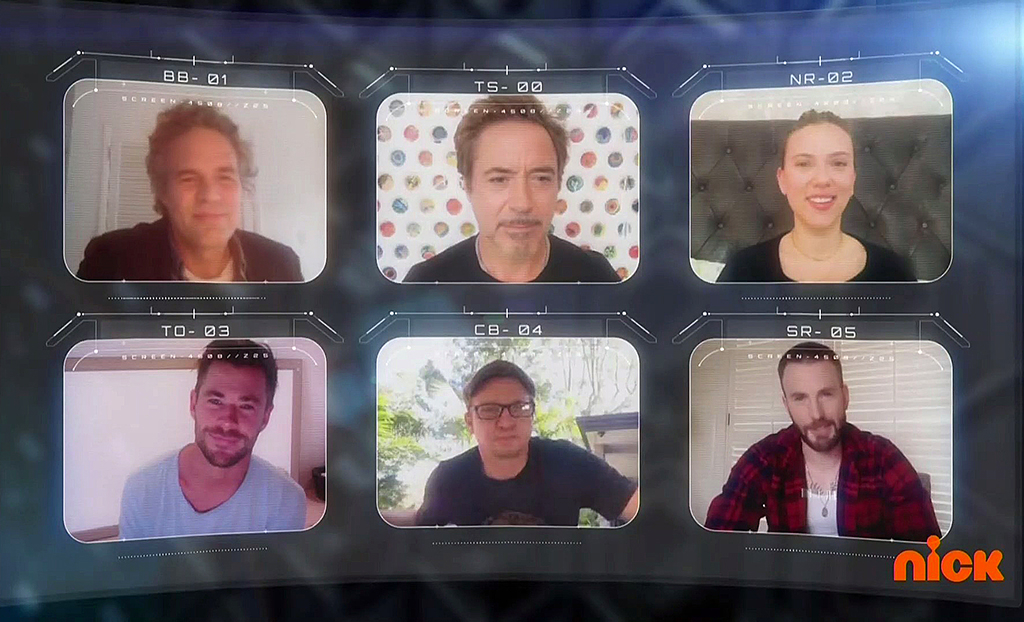 “Hey, guys! Oh my gosh, this is such a thrill. We are so excited,” Johansson said. “We are so happy that the Kids’ Choice Awards are still happening.”

Ruffalo agreed, noting “the show must go on.”

“Life must go on,” the Bruce Banner character added. “Therefore, the Avengers must go on.”

Renner then said the group would like to dedicate the honor to “all the kids who rooted for these characters to assemble and become what we all need to be right now: stronger together.”

“That’s right, guys,” Hemsworth added. “You kids, you’re the absolute greatest, and we are stronger together. And amongst this group, I’m the strongest, obviously. But we know that, so.”

Although, Evans called Hemsworth’s claim about being the strongest “debatable” and recalled “beating” him in a push-up contest.

“I’m pretty sure I was wearing the big suit…and the 70-pound weight that I had in my back and in my stomach, so it doesn’t count,” Hemsworth argued, later adding, “Lucky, I’m not there in person.”

Renner poked fun at the friendly rivalry by holding up photos of Hemsworth and Evans.

“This was my life for a decade,” Johansson added.

Then, in the middle of the debate, Robert Downey Jr. (Iron Man) joined the conversation.

“We thought that you were, uh,…” Renner said, referencing the film’s ending.

“What? Social distancing?” the Tony Stark star cut in. “Aren’t we all?”

Ruffalo then encouraged their fans to stay safe and to stay strong, and Hemsworth reminded them all “we’re stronger together” and that “we’ll get through this.” 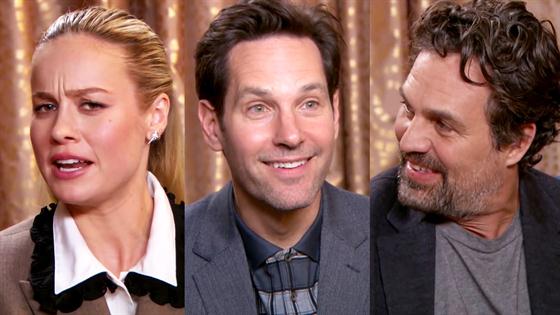 Johansson, Downey Jr., Hemsworth, and Evans were also in the running for Favorite Superhero; however, the award went to Spider-Man star Tom Holland. Hemsworth and Evans were also contenders in the Favorite Movie Actor category, which was won by Dwayne Johnson, and Johansson was a nominee in the Favorite Movie Actress category, which was won by Dove Cameron.

These celebrities weren’t the only famous faces at the event. Shawn Mendes, Camila Cabello, BTS, Millie Bobby Brown, Kristen Bell and Ariana Grande all made cameos, as well. While the A-listers couldn’t physically get together, they definitely brought the star power for the virtual event.