Let the experiment begin. Football returns on Saturday and the eyes of Europe and the world will be on Germany. As well as a thrilling title race, a gruelling relegation battle and an iconic local derby, the real attraction this weekend will be the answer to that billion-dollar question: can it work?

‘There will be billions watching us,’ Bayern Munich CEO Karl-Heinz Rummenigge told Bild on Wednesday. Many of those will be watching simply for the joy of live football, but perhaps more will be looking for answers. What does league football look like without fans? Can you really play in a pandemic? How will they celebrate? Can it work?

Yet before we launch into all that, perhaps it is worth dwelling – for one, blissful moment – on the football itself. For even in the quiet of empty stadiums, the Bundesliga is set to be back with a bang. 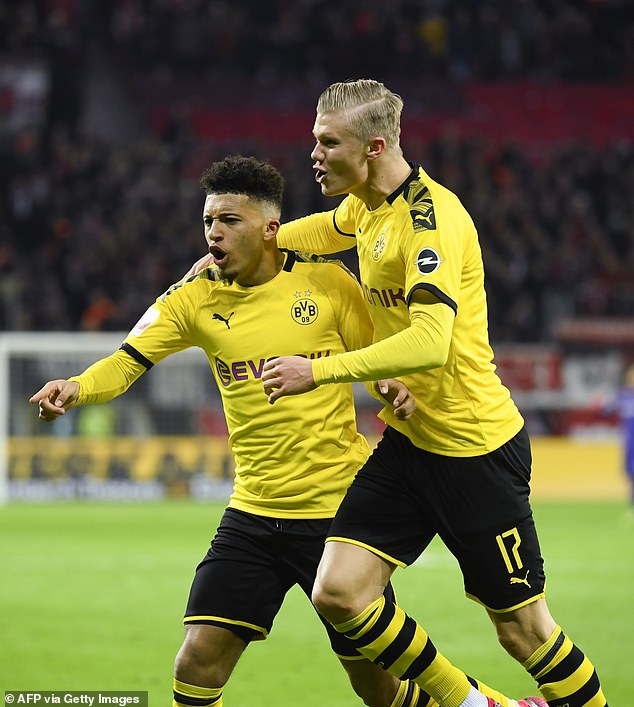 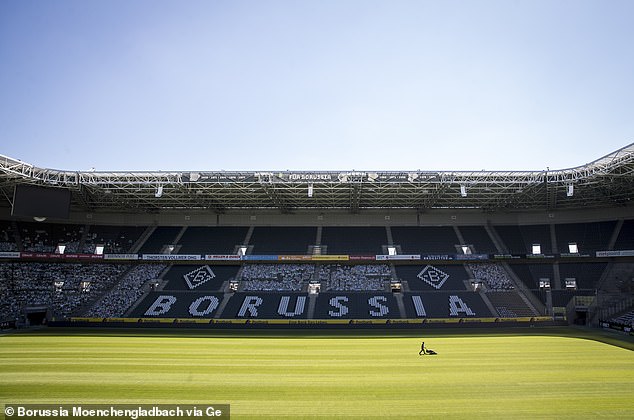 That is partly down to clever scheduling. The weekend was originally scheduled to begin with a relegation dogfight between Paderborn and Uwe Rosler’s Fortuna Dusseldorf, but the league wisely invented a reason to shift it from Friday to Saturday. If the world is watching you, you may as well dress to impress.

Instead, the curtain will rise on the weekend’s showstopper: Borussia Dortmund vs Schalke. As sad as it will be to see one of Europe’s great derbies take place without fans, it remains a mouth-watering clash of old rivals and contrasting styles on the pitch. 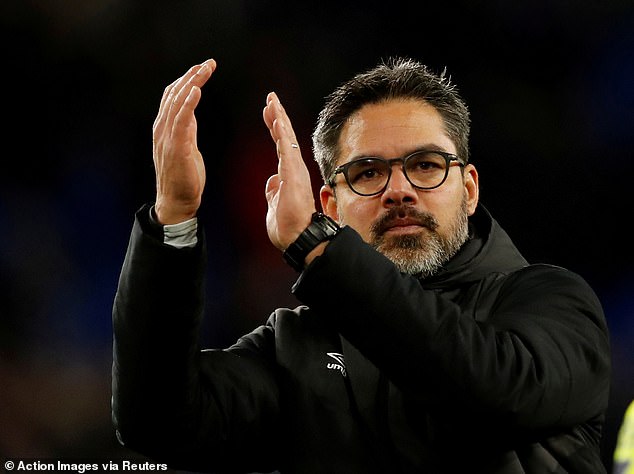 They have scored less than half the number of goals Dortmund have, yet they sit just four places behind them in sixth, on course for European qualification.

Dortmund, meanwhile, will hope to obliterate their arch-rivals with the double-barrelled shotgun of Erling Haaland and England’s Jadon Sancho. Both have been in record-breaking form, and against Schalke, Sancho could plausibly become the first player since records began to notch up more than 15 goals and 15 assists in a single Bundesliga season.

Back in the new year, he and Haaland transformed Dortmund’s campaign. With four wins in four, Lucien Favre’s side were just hitting their stride when the coronavirus hit in mid-March, and are now very much back in the title race. 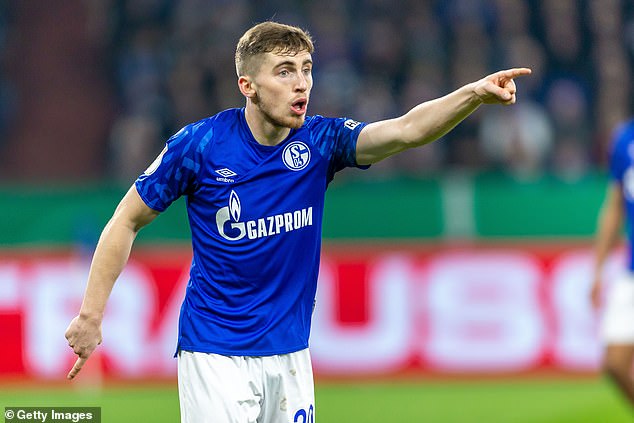 And what a title race it is. Bayern, after a disastrous start to the season under Niko Kovac have returned to their dominant best under Hansi Flick, and will be buoyed by recent contract extensions for Thomas Muller and Alphonso Davies. In Dortmund and Leipzig, however, they have two challengers who can be as powerful as any team in Europe when the mood takes them.

Yet as Dortmund sporting director Michael Zorc warned on Thursday: ‘this is not the moment to talk about the title race. For now it is just about Schalke and re-starting the Bundesliga in a positive way’.

This campaign, after all, is no longer a normal football season. If nothing else, the conditions have changed so drastically that all previous form and quality could in the end prove meaningless. 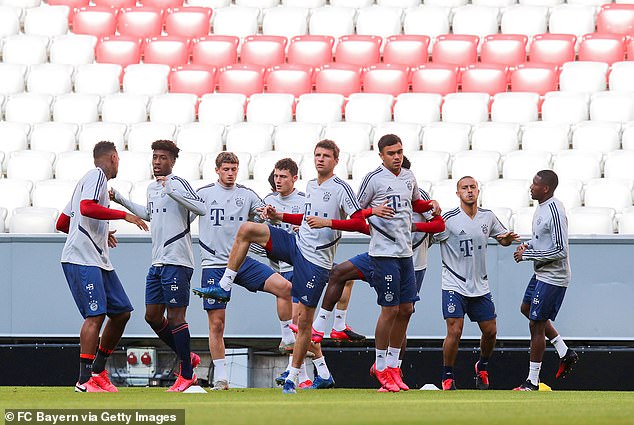 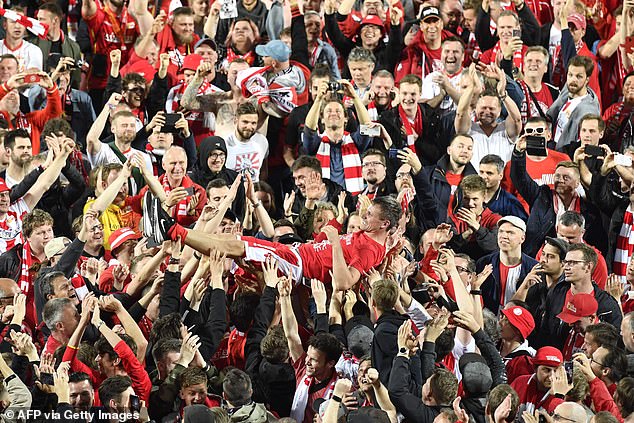 Bayern themselves resume their title charge on Sunday at Union Berlin, in a game which could tell us a lot about how the whole situation will affect what happens on the pitch.

Underdogs Union would normally fancy their chances of a smash-and-grab win, but they are now without two of their biggest trump cards. Their ferocious support will not be there to cheer them on, and for almost two months, they have been unable to practise tackling.

Club president Dirk Zingler nonetheless believes an upset is possible: ‘We are all starting something completely new. It’s going to be exciting, and I think we might see one or two curious results,’ he said last week.

This, in other words, will not be football as we know it. Aside from the empty stadiums, there will also be muted celebrations, no spitting, and compulsory protective masks for the coaches. 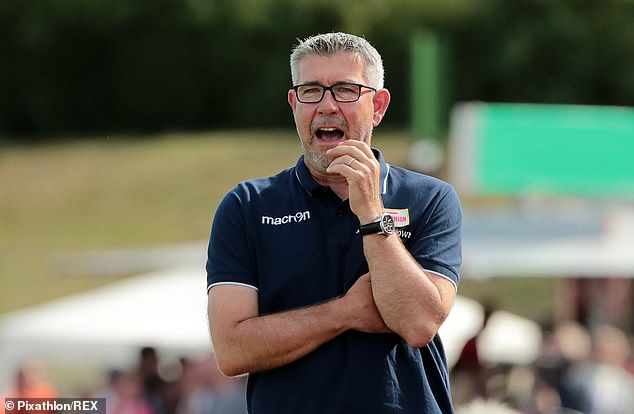 Some coaches may not even be there at all. Union Berlin boss Urs Fischer may not be allowed in the dugout against Bayern, having left the compulsory pre-match quarantine for family reasons earlier this week.

Augsburg coach Heiko Herrlich will definitely be absent. At a press conference on Thursday, he let slip that he had left his team’s quarantine hotel to buy toothpaste, prompting a grovelling apology later in the day.

Such have been the little reminders that all of this is fragile to say the least. The Bundesliga may be restarting, but it is by no means a foregone conclusion that this season will be finished. 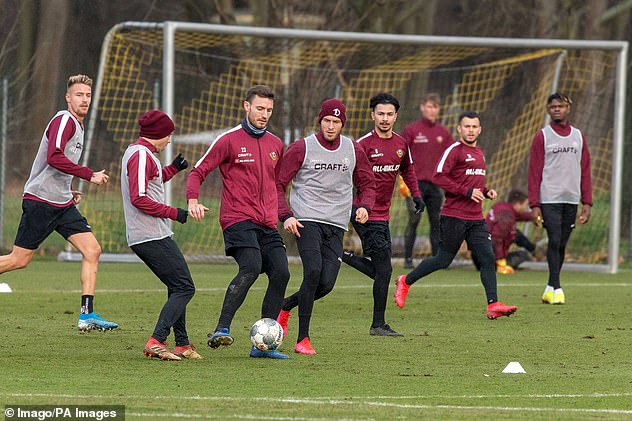 Dynamo Dresden have already been ordered into a two-week quarantine by local health authorities, playing havoc with scheduling in the second division. If more such situations arise, the Bundesliga may have to revert to a plan B, with games held in neutral stadiums and the season potentially spilling into July. The debate over what to do if the season is cancelled entirely has also not gone away.

Until the last ball is kicked, cancellation cannot be ruled out. According to a recent poll, around 56 percent of Germans are against the restart, and internationally, there are bound to be some who are hoping the project will fail.

One way or another, this weekend may set the tone for the next year in global sport. The world is watching, and waiting for an answer. Can it work?